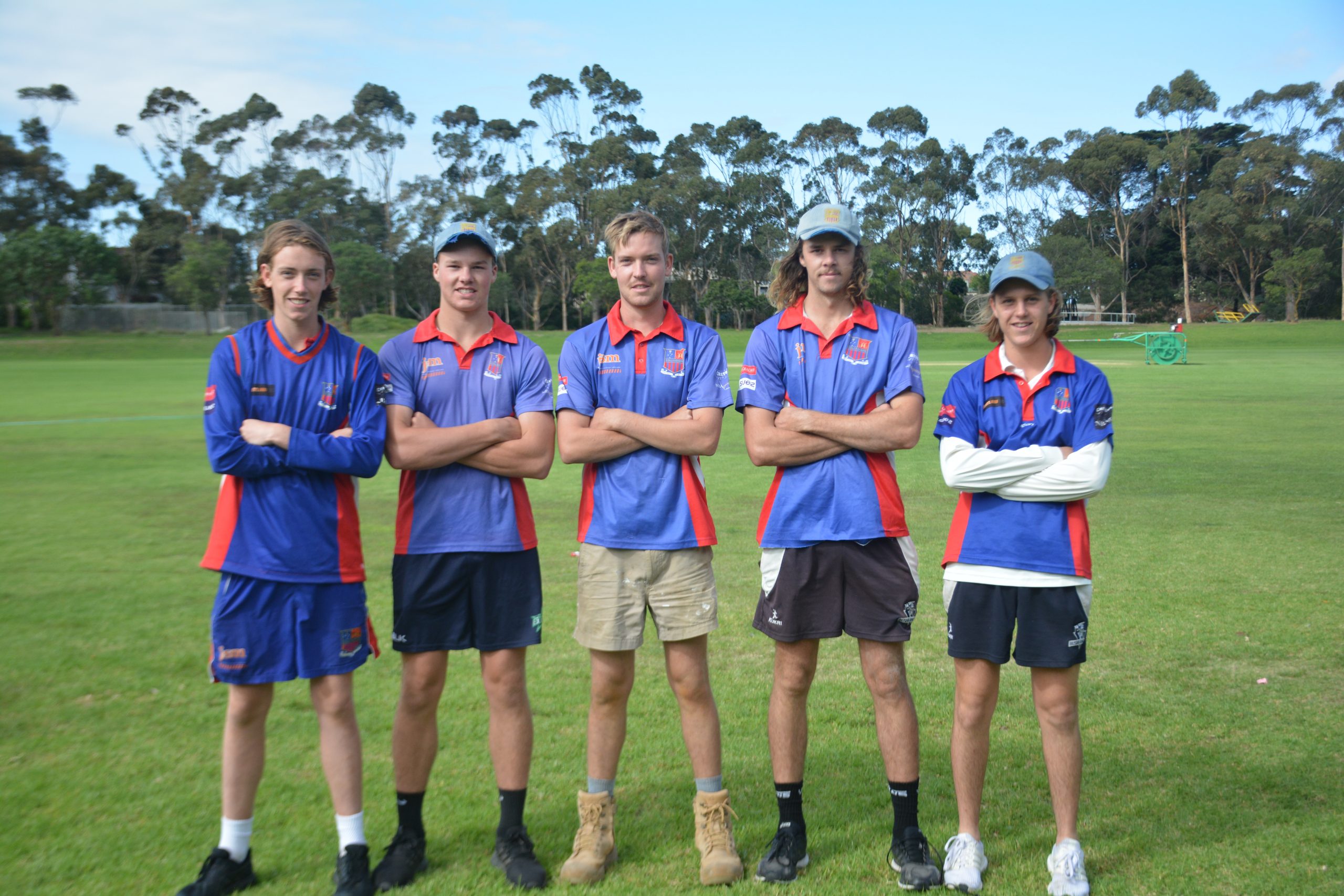 After making finals by the skin of its teeth, College will be aiming to do as it did in the recent one-day final and defeat the Swans on their home turf.

The performances of the young players in the Collegians line-up this season have been remarkable, with all players showing they belong in first grade.

Teenager Tom Morrison has taken the most wickets in the competition, while 19-year-old Zac Hurley finished the regular season as the league’s third highest run scorer.

In what would be a healthy sibling rivalry, Tom’s older brother Charlie also has 17 wickets to his name and Zac’s younger brother Noah featured in this season’s under 17 national championships.

Other youthful players in the College set-up are Jed Malone, now one of the premier wicket-keepers in Gippsland, and all rounder Isaac Love, who has two Gippsland Under 21 titles to his credit.

Having taken on the Hawthorn model of developing without bottoming out, Collegians should be primed to have continued success in Sale-Maffra cricket for years to come.

Where traditionally kids in a first grade team bat down the order and don’t bowl, opening batsman Zac Hurley said the club had shown a great deal of faith in players within his age bracket.

“Everyone’s always sort of wanted to give us a go in the firsts and get us in and the older blokes have been happy to step aside a little bit and given us the opportunity which has been really selfless acts from them,” he said.

“We don’t really look at our age and think we’re less experienced, we still feel like the young blokes can do it.”

As the regular season reached its climax, Hurley said the side had a gut feeling it would have to defeat Longford outright in the last round in order to make finals.

“Looking at it a few weeks ago we were thinking if we were able to beat Maffra in the second last game we would just have to beat Longford on first innings,” he said.

“As it turned out we only got a draw against Maffra, so after that we knew we would have to outright Longford.”

What followed in the match against Longford saw periods of uncertainty on and off the field, as College players wrestled with the thought of not knowing if they had done enough to qualify for finals even after they had secured the outright.

“When the Lizards were 2-90 and looked to be in control we were a bit nervous,” Hurley said.

“After the game everyone was trying to figure it out, making calls to see what the other scores were and trying to do the maths but when we found out it was relieving.”

Ironically, the team which defeated Collegians in last season’s semi-final, Boisdale-Briagolong, made finals by a split percentage, as College did this season.

With the shoe now on the other foot, Hurley said the side will use what happened 12 months ago as a reference point.

“After they (Boisdale-Briagolong) beat us they came from fourth to win the flag, so it gives us confidence that it can be done, once it gets to finals anything can happen,” he said.

Collegians will need to get past a determined Sale outfit in order to have a chance of getting back on the premiership dais.

The Swans have been the stand-out team of the regular season, and will be out to prove why they finished three games clear on top.

The crosstown rivals will meet on a Sale Oval pitch which is expected to have plenty of runs in it, which should see a decent first innings total posted if batsman make the most of what is presented to them.

Sale captain Rohan Blandford will want to led by example, and should find strong support from Coenie Nel, Ben Jones and Nathan Massey.

Hurley himself will get excited if there is no grass on the wicket, and said Collegians would welcome the Sale challenge.

“They’ve been the team to beat all season and they’re on top for a reason,” he said.

“Now that we’ve come so close and we have snuck into the finals, we definitely really want that success.

“The first two seasons I played finals we won them both and when that happens you sort of just go ‘oh yeah, it’s just what you do’.

“But after that loss last season you realise that it’s just not going to happen every year, the old blokes can’t keep doing it, and I think that’s where us young blokes have had to step up a bit this season, knowing that some day it is going to have to be us that has to do it if we want to win a flag.”