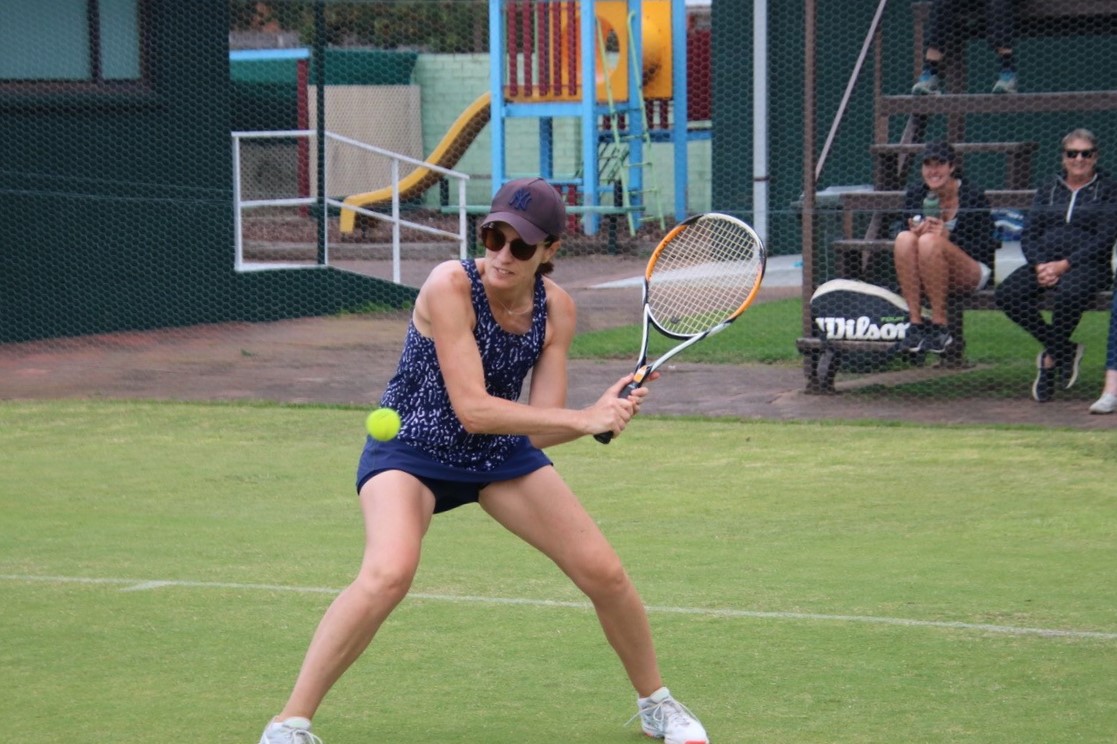 A FAMILIAR theme in Wellington Gippsland Tennis Association finals of recent years, a single game determined the outcome of an important section one seniors final.

On Sunday, Maffra Weirs defeated Longford 55-54 in the preliminary final to book a spot in the grand final.

With both sides missing crucial players in Jake Weir (Maffra) and an injured Aaron Kennedy (Longford), Stratford father-son pair Mark and Josh Kennedy were able to step up to the plate to help the respective teams.

Maffra’s men began the day well, with Mitchell Allman and Josh Kennedy tucking away an impressive 8-3 win over Longford brothers Nick and Cal Board.

Allman and Mick Hewitt then took the second set 8-6 over Nick Board and Mark Kennedy, before Longford got its own back with a tie break win in the third men’s set.

In the women’s, Longford powerhouse pair Regina Virgo and Jess Board put away an 8-5 win over Weirs’ Alecia Dignan and Sarah Luke, but Weirs put up more of a fight in the second to give a 8-4 win to Weirs’ Dignan and Julie Foat over Virgo and Kerri Brown.

In the final set for the women’s, Jess Board’s unflinching combination of strength and consistency, and Brown’s ability to dig her way out of trouble handed them an 8-6 win, leaving Longford chasing an obtainable five games before heading into the mixed.

Longford’s Nick Board and Virgo pocketed a helpful 8-0 win over Maffra’s Dignan and Josh Kennedy, which Allman and Luke were able to neutralise with an 8-0 win over Cal Board and daughter Jess.

Both teams’ hopes rested in their number three pair for the mixed, with the heavy burden weighing on the shoulders of Longford’s Mark Kennedy and Brown and Maffra’s Hewitt and Foat.

As the game progressed, Maffra secured Foat’s service games and broke once to bring the score to 3-7 in Longford’s favour.

Foat was unshakable in the face of a draw, and bagged her third service game to relieved cheers from her teammates.

While Maffra eventually lost the third mixed 8-4, it was just enough to secure the grand final spot.

IT will be a Maffra-heavy section one seniors grand final, with Maffra Weirs taking on Maffra GRE for the honours from 1pm Saturday at Sale.

The match up will be an opportunity for Weirs to redeem itself, or for GRE to stamp its authority on the season.

While Weirs has spent the season on top of the ladder, GRE has dominated across the board in recent times.

During semi-finals at Maffra on Saturday, GRE did it easy, beating Weirs by 10 games.

Mick Luke proved a handy fill-in for GRE’s Dave Taylor, and together with steady number two man Jason Garrett, the pair notched the first win for the day over Weirs’ Mitch Allman and Jake Weir, 8-6.

This fired Allman into gear, who paired with Mick Hewitt to take the second men’s 8-5 over GRE’s Mick Luke and Brad McKay.

In the third men’s, Garrett and McKay cruised to victory with an 8-3 win over Weir and Hewitt.

GRE’s women really shone on the day, taking all three of their doubles matches with relative ease.

The deadly combination of Bree Martin and Kasey Dessent proved trouble for Weirs’ Alecia Dignan and Sarah Luke, as they were able to dropshot the latter into the net and lob the former to within a centimetre, eventually handing the pair an 8-5 win.

In the second set, Martin and Natalie Allman were almost able to drive their opponents off the court with powerful topspin, securing an 8-3 win over Dignan and Julie Foat, and Allman and Dessent carried this intensity into the third set to bag a final, commanding 8-5 win for the women.

With a 5-1 set ratio headed into the mixed, things looked bleak for Weirs.

While it was able to recoup some lost ground with an 8-2 win to Mitch Allman and Sarah Luke, and a 9-8 tiebreak win to Weir and Dignan, brother-sister duo McKay and Dessent revelled in the opportunity to hand Dessent her third win for the day, 8-5, and the team an express ticket to a grand final spot.

ELSEWHERE at Maffra, Longford put on a dominant display over Sale to book its spot in Sunday’s preliminary finals.

Longford took seven sets, including every doubles set, to take the win 66-52.

Nick Board and Aaron Kennedy began the day with a strong 8-4 win over Sale’s Tim Dunnett and Tom Foley, before the Board brothers backed it up with a 8-5 win over Dunnett and Hunter Pearce.

Kennedy and Cal Board took the third men’s 8-6 over Foley and Pearce to put Longford in a comfortable position headed into the mixed.

In the women’s, Virgo starred, beginning her finals campaign with unprecedented consistency, exhausting opponents before waiting for the right moment to pull the trigger on a well-thought winning shot.

Together with young gun Jess Board, the pairing reaped a 8-6 reward from Sale’s solid one and two pair of Jo Rule and Masami Goold, while Virgo’s second set with Kerri Brown resulted in a useful 8-4 win over Rule and Jo Mactier.

The third women’s set was a lot tighter, pushing both sides to a tiebreaker, but again, it was Longford that was victorious.

While it was pretty clear who the winner would be on the day by the time mixed rolled around, Sale didn’t give up.

Dunnet and Rule managed an impressive 9-7 win over Longford’s Nick Board and Brown, and Goold and Foley snapped up a massive 8-2 win over Aaron Kennedy and Virgo.

However, Cal and Jess Board were able to return the favour in the third mixed, winning 8-2 over Mactier and Pearce.

IN section two, Sale Red will face off against a determined Maffra Pund on its home courts, and in section three, Longford will have to better its semifinal performance against Sale Orange for a shot at the premiership.

IN juniors, games will begin from 8.30am to allow time for presentations.

Sale Hawks will play Longford Emus for the silverware in section one.

Section two will be a Longford affair, with Longford Platypus to play Longford Koalas for the honours, while in section three, Longford Wombats will set a collision course with Sale Magpies.

In section four, Sale Swans will take on Longford Cockatoos, and in section five, Briagolong will play neighbours Maffra for a chance at the flag.

In section six, it’s Maffra and the Stratford Redbacks going head to head, and in section seven, the whole town of Heyfield will be behind its only team to make the grand final when it takes on Stratford.

AT the time of publication, the WGTA finals were still going ahead.