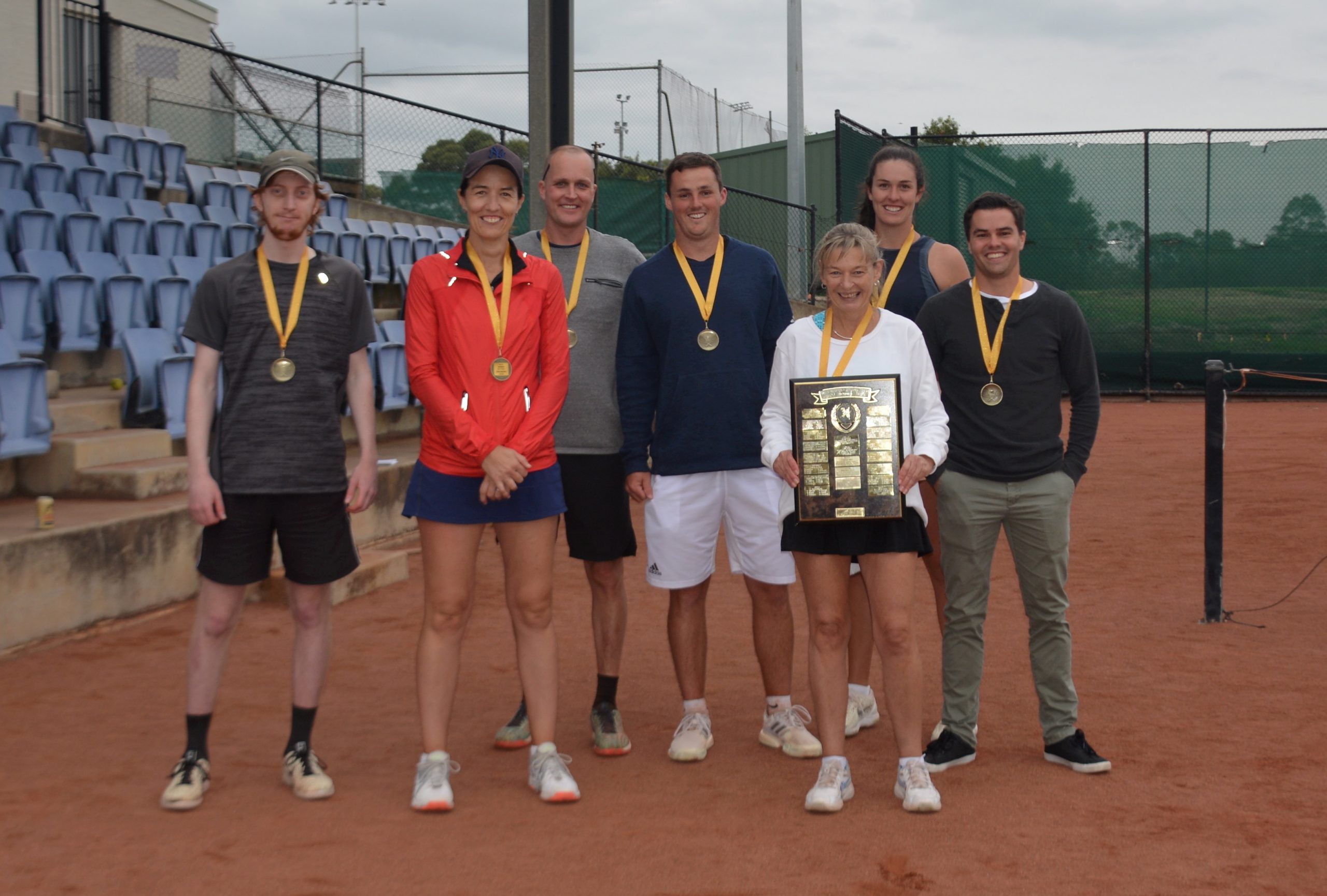 TEN teams emerged victorious on Saturday, after what was easily the strangest grand final day in the history of the Wellington Gippsland Tennis Association.

On what was certain to be the last Saturday people could congregate before coronavirus restrictions tightened, the association was clear what was needed from players in order to allow regular play to continue.

Players touched racquets instead of shaking hands at the end of the matches, and were asked to apply social distancing and regularly hand wash while off court.

IN seniors section one, Maffra Weirs took home the chocolates over Maffra GRE 57 games to 52, in a tight tussle full of surprises.

After GRE defeated Weirs in the previous weekend’s semi-finals and having the Sunday off, Weirs needed to overcome Longford by a single game in the preliminary final to book its grand final spot.

The play of GRE’s Bree Martin and Kasey Dessent was impregnable, so defensive it was offensive. Their smart play slowly unraveled Weir’s number one and two pair Sarah Luke and Julie Foat, as lobbing the two six foot-plus women at the net became a sport onto itself for GRE, and the set was theirs 8-6.

In the men’s, it was always going to be a tough contest, with arguably the steadiest man in the competition, Dave Taylor, taking on WGTA association champion Mitchell Allman, in the number one line-up.

Standing in for an injured Jake Weir, Stratford’s Josh Kennedy had nothing personal to lose, and played the game of his life to take the set with Allman 8-4 against GRE’s Dave Taylor and Jason Garrett.

Over on the women’s court, things got a little tricky for GRE, when Weirs swapped its usual number one woman Alecia Dignan to the number three spot, to shape up against GRE’s Natalie Allman. The move paid off for Weirs, as Luke and Dignan paired well to take the set 8-4 against Martin and Natalie Allman.

In the third men’s, Garrett and McKay piled on the class, running down every ball to eventually secure GRE’s second set for the day 8-3.

The third women’s set was by far the pivotal moment for Weirs. Foat and Dignan, facing an abysmal scoreline of 1-5 down, regrouped and steadily gained momentum, to eventually secure the set 8-5, giving Weirs a handy 4-2 lead in sets headed into the mixed.

In the number one mixed, Weirs’ Luke and Mitchell Allman recorded a healthy 8-1 win over GRE’s Garrett and Natalie Allman, putting Weirs in the favourable position that it only needed to score three more games to win the match. This was achieved when Dignan and Kennedy lost their mixed 8-3 to the tough match-up of brother sister duo Dessent and McKay in the number two mixed.

Taylor and Martin also won the number three mixed 8-5 over Foat and Hewitt, but it wasn’t quite enough to wrestle back the match for GRE.

IF the new COVID-19 rules weren’t bizarre enough, a rare occasion in the junior section four saw the pair-up between Longford Cockatoos and Sale Swans return to the court three times following a draw.

After playing their usual sets and drawing 34-34, the teams returned to the court, as is protocol, to bash it out in a super tiebreak, with the one and two pairings playing on one court, and the three and four pairings on the next court.

When this too returned a draw, the one and three pairings and the two and four pairings returned to the court, which, much to the dismay of eager players and spectators, resulted in a draw.

Unsure of what to do, as association protocol dictates they return to the court in pairs, the decision was made to return the players to court for singles super tiebreaks. This returned a tight 33-35 score in Longford Cockatoos’ favour, who did not win the day on sets or games but two tiny points.