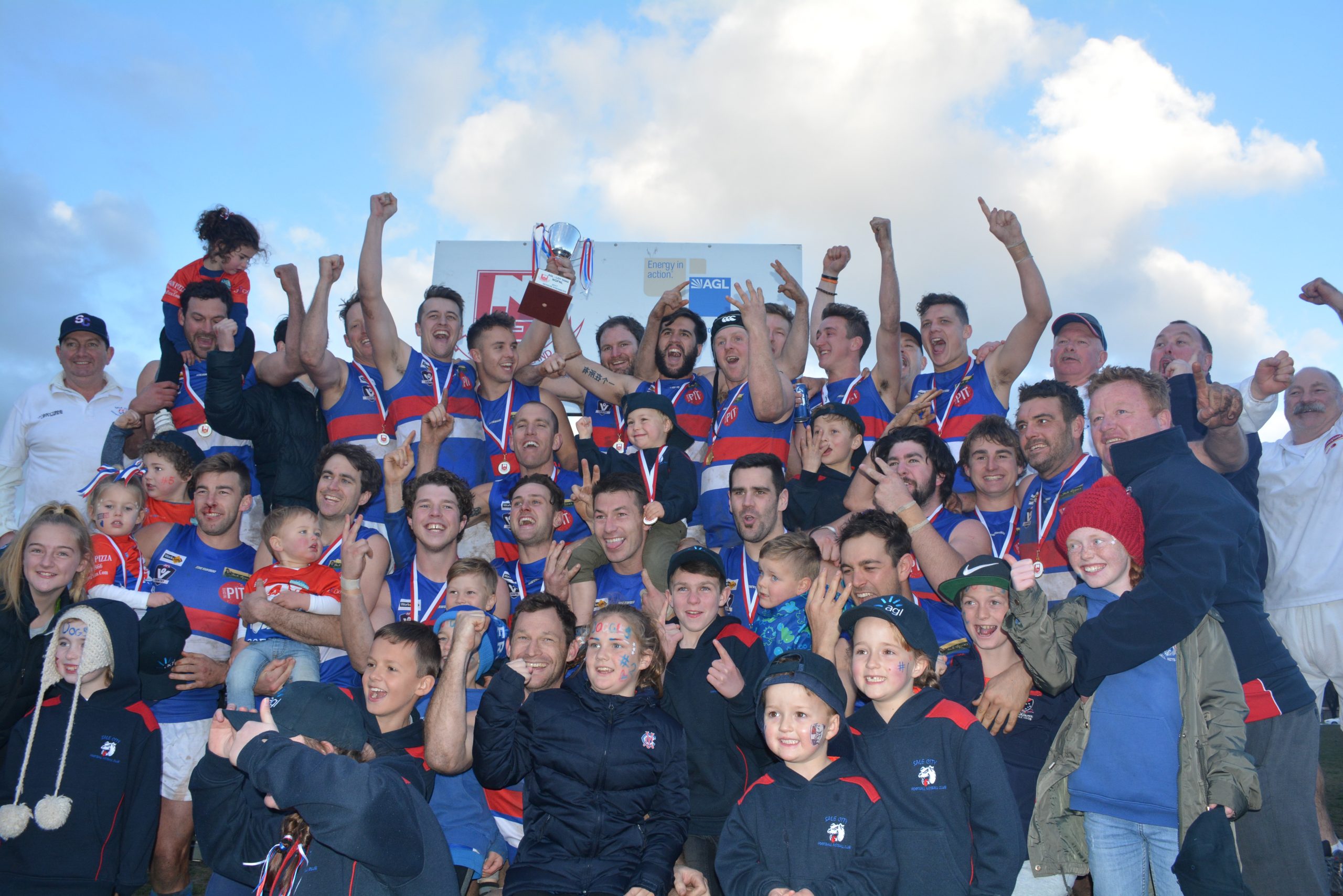 As the victors enter their changing room, a minute or so is dedicated to belting out a tune informing all within an earshot who the winning team was on that particular day.

It is a tradition almost as old as the game itself.

This week, we look at the history of the Sale City Football-Netball Club theme song.

THE Bulldogs’ song has undergone a few variations since the club was established 50 years ago.

With East Sale RAAF Base also having a team in the North Gippsland league when Sale City was founded in the 1970s, it may have only been natural for some players from the RAAF to drift across to the new team in town.

The original song was penned by RAAF member Stan Stopinszki, with a simple AABB rhyming scheme occupying the middle part and reference to the club’s Bulldog nickname opening and closing the tune.

We are the Bulldogs,

That’s who we are,

We are the greatest team by far.

Our great colours are red, white and blue,

As the years rolled on, future club president Col Perkins expanded the song, keeping the same military chanting tone that more than likely came from Stopinszki’s time with the RAAF, but added his own lead-in and altered the lyrics.

Did you see us play today?

We can’t be beaten,

As you can see.

And at the end of the season,

You will see the reason,

Why we are the premier team.

The “did you see us play today?” lead-in was taken out over time, but the bulk of Perkins lyrics stayed on and are still sung today.

A final reincarnation of the song happened when John Hutchins, who would go on to coach the Bulldogs at senior and junior levels, put together an arrangement to be used as the opening verse and kept Perkins lyrics as the second verse.

The current Sale City club song has been sung since at least the early 1980s.

The Bulldogs’ first game was on April 4, 1970, at home against Glengarry, while their first opportunity to sing the song came a few weeks later, in round four against Rosedale.

Sale City’s home ground at Stephenson Park was originally called the Friendly Society Oval and the club shared Sale Oval for the 1976 season, enabling the new Stephenson Park reserve to be completed in time for the following season.

We take a pride in our club you see.

We take on all comers,

They won’t outrun us,

We play for victory.

We can’t be beaten,

As you can see.

And at the end of the season,

You will see the reason,

Why we are the premier team.