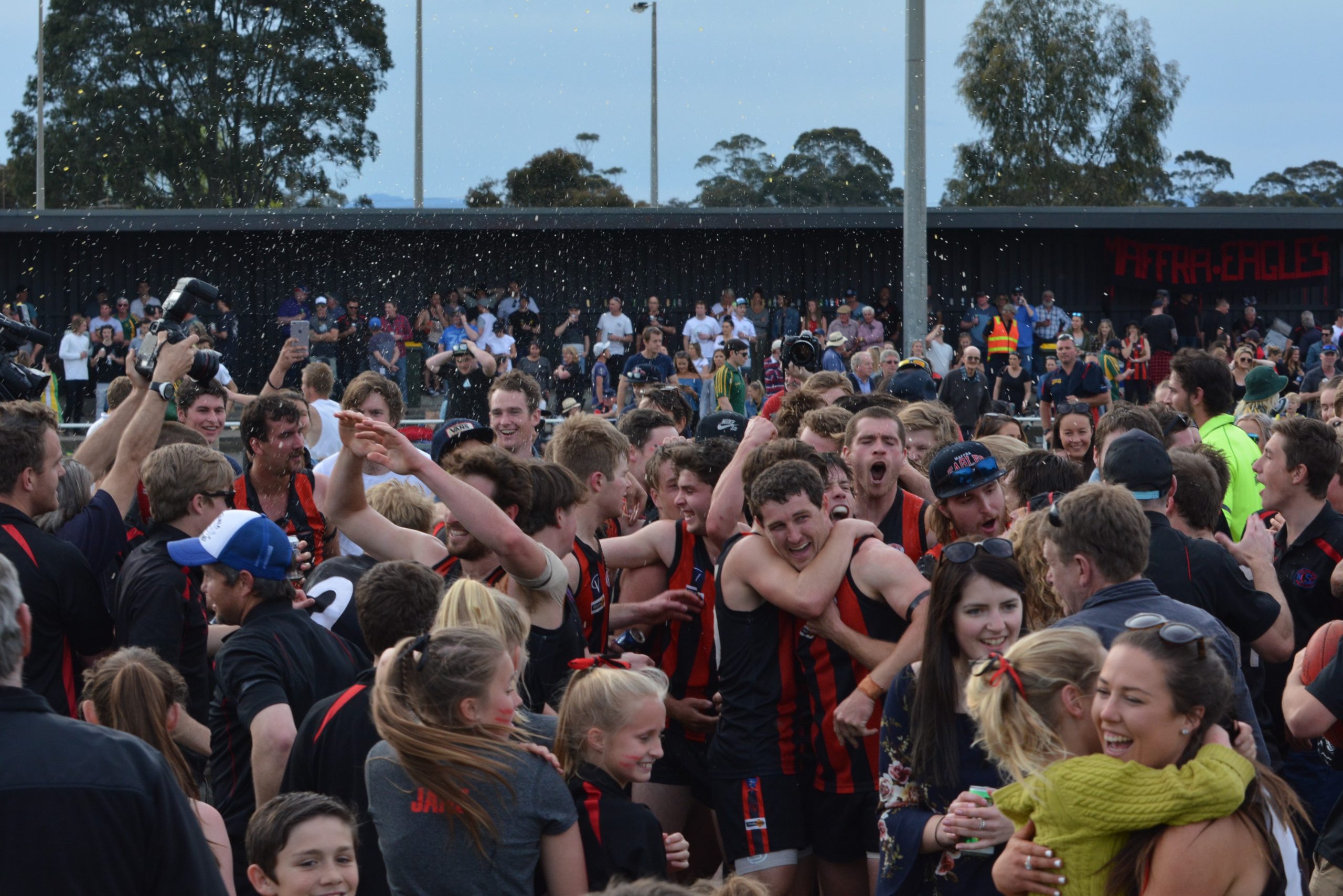 As the victors enter their changing room, a minute or so is dedicated to belting out a tune informing all within an earshot who the winning team was on that particular day.

It is a tradition almost as old as the game itself.

This week, we look at Maffra and the only hit Eagles song not written by either Don Henley or Glen Frey.

When Maffra joined the Latrobe Valley Football League in 1960 it was required to submit a nickname.

A primary school student from Boisdale nominated the Eagle, and so the ‘mighty Maffra Eagles’ were born.

The student may have been ahead of their time in terms of eliminating political incorrectness, as Maffra’s nickname before the Eagles was the ‘red and blacks’.

Maffra was also known as the ‘sugar-beeters’ during its early years, in homage to the thriving sugar beet factory that operated from 1910 to 1948.

With a new nickname also came the theme song, which club historian Jim Hill believes has been sung since the early 1960s.

Maffra’s song is sung to the tune of the Carlton theme song, although it is still not known why that arrangement came about.

What is known, however, is that an unidentified person was commissioned by Maffra to pen the lyrics. It can therefore be reasonably assumed that the person who wrote the Maffra theme song was a Carlton supporter.

Carlton’s theme song was written in the early 1930s after players on the team bus complained they had no song to celebrate their victory.

As it happened, the daughters of coach Dan Minogue were also on board that day, and spurred on by the players displeasure, selected the old music hall favourite Lily of Laguna as the basis for their work.

The lyrics to Lily of Laguna go:

She’s no gal for sittin’ down to dream,

Because she says so.

She is the Lily of Laguna,

She is ma Lily and ma Rose.

The song tell the story of a lonely black American man who falls in love with a woman from the Laguna tribe of Pueblos of New Mexico. Every evening he waits to hear her call her sheep and cattle so that he can go to her unseen by her father.

Laguna is Spanish meaning ‘lake’, and derives from a now dry lake located on the tribe’s ancestral lands.

We are the Navy Blues was created with the assistance of several Carlton players, including captain Frank Gill. The tune is one of the most popular in local football songs. As well as Maffra it is also used by Boisdale-Briagolong (East Gippsland), Catani (Ellinbank) and Mid Gippsland clubs Yinnar and Hill End.

We are the Red and Blacks,

We are the good old Red and Blacks.

We’re the team that comes from miles around,

We can win on any old ground.

Some come to cheer us,

While others fear us,

When they are near us.

We are/We’ll be the [current year] premiers,

We are the good old Red and Blacks.