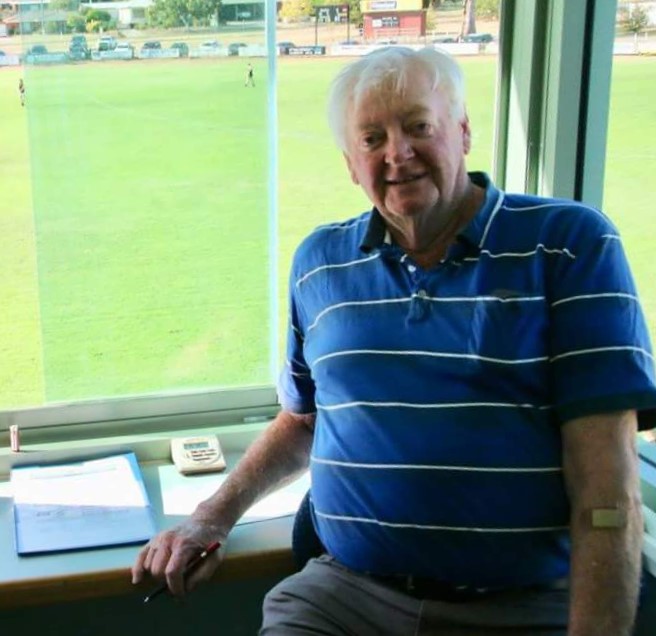 MAFFRA Football-Netball Club legend Jim Hill may still get to add to the number of Eagles games he has been involved with in season 2020, as signs point to a possible return to the playing field.

If things go back to normal, Hill will continue his contribution to the club, which has stemmed more than 50 years.

Having recently celebrated his 80th birthday, Hill’s career with Maffra began when he first pulled on the boots way back in 1964.

As Hill explained, he never could have envisaged what was to happen when he first arrived.

“My brother-in-law introduced me back into the football club when I came back home from Melbourne,” he said.

“He took me down to the footy club and I’ve been there ever bloody since!”

Hill would go on to play close to 100 games for the Eagles in a stop-start career across seven seasons in total.

He had a memorable senior debut in 1968, coming on as 19th man to replace the injured brother-in-law who got him involved with the club – Bill Pleydell.

Another memorable moment came in a match involving Warragul when he was pitted in the ruck against future Brownlow Medalist Barry Round.

Hill’s loyalty was evident from a young age, as even when he moved to Warragul for work he travelled back to Maffra to play.

Unfortunately, a broken leg in the early 1970s effectively put an end to his playing days, however, this signaled the start of an extensive volume of work he would undertake in the decades to come.

Hill served as club treasurer whilst he was still playing, and went onto spend six years as chief bookkeeper across three separate stints. Hill also undertook the role with the highest workload, fulfilling eight seasons as secretary from 1977 to 1984, before a one-year spell as president in 1987.

He continued in a presidential role not long after, serving 11 years as the head of the Past Players Association from 1989 to 2000.

As well as this, Hill has performed virtually every job in between, including club delegate, barperson, ground keeper, goal umpire, recruiting officer and club historian.

Mr Hill was also a familiar face to many at Maffra home games as the attendant perched in the old manual scoreboard.

Not surprisingly, his outstanding service to local sport has seen him inducted as a life member at three separate institutions, namely, the Maffra Football-Netball Club, the Maffra FNC Past Players Association and the Gippsland League.

To go with all of this, he has also been granted legend status in the Maffra FNC Hall of Fame, an honour reserved for the most worthy of inclusions.

His legacy is ensured for generations to come, by the naming of the Carter-Hill trophy, awarded to the player adjudged best afield in matches played between Sale and Maffra. The namesake recognises Hill’s contribution to Maffra, as well as Les Carter, a former player and legendary fund raiser at Sale Football-Netball Club.

Somewhat remarkably given the Eagles record since the turn of the century, Hill had to wait nearly 40 years until he saw Maffra win a senior premiership.

“Before that we never had very much success,” Hill said.

“Coming through the 1980s and 90s you could see something was going to happen and we seemed to have a bit more success towards the end of the century.

“But no one anticipated just how dominant Maffra would become.”

Since a breakthrough in 2002, its fair to say all Maffra supporters have been able to enjoy their share of premiership victories, thanks to the groundwork put in by servants like Hill.

When football returns, Hill is sure to be back in the timekeepers box and will be hoping to sound the siren a few more times to signal the end of another game Maffra has won

“I’ll be back up there. I was due to do it this year and if they get going I’ll be there. If they don’t, I’ll look forward to getting back there next year,” he said.

“I’ve been Maffra through and through.”