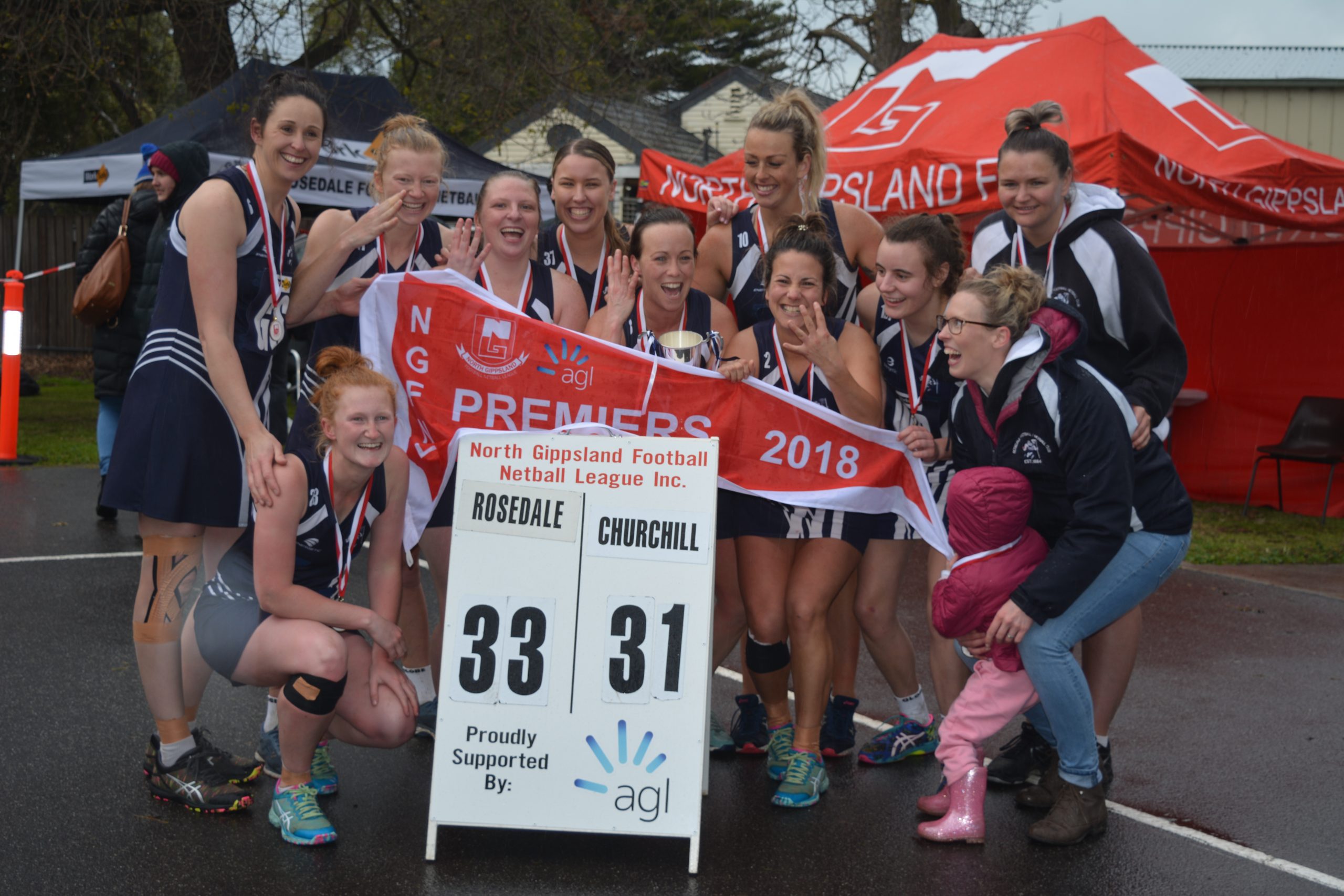 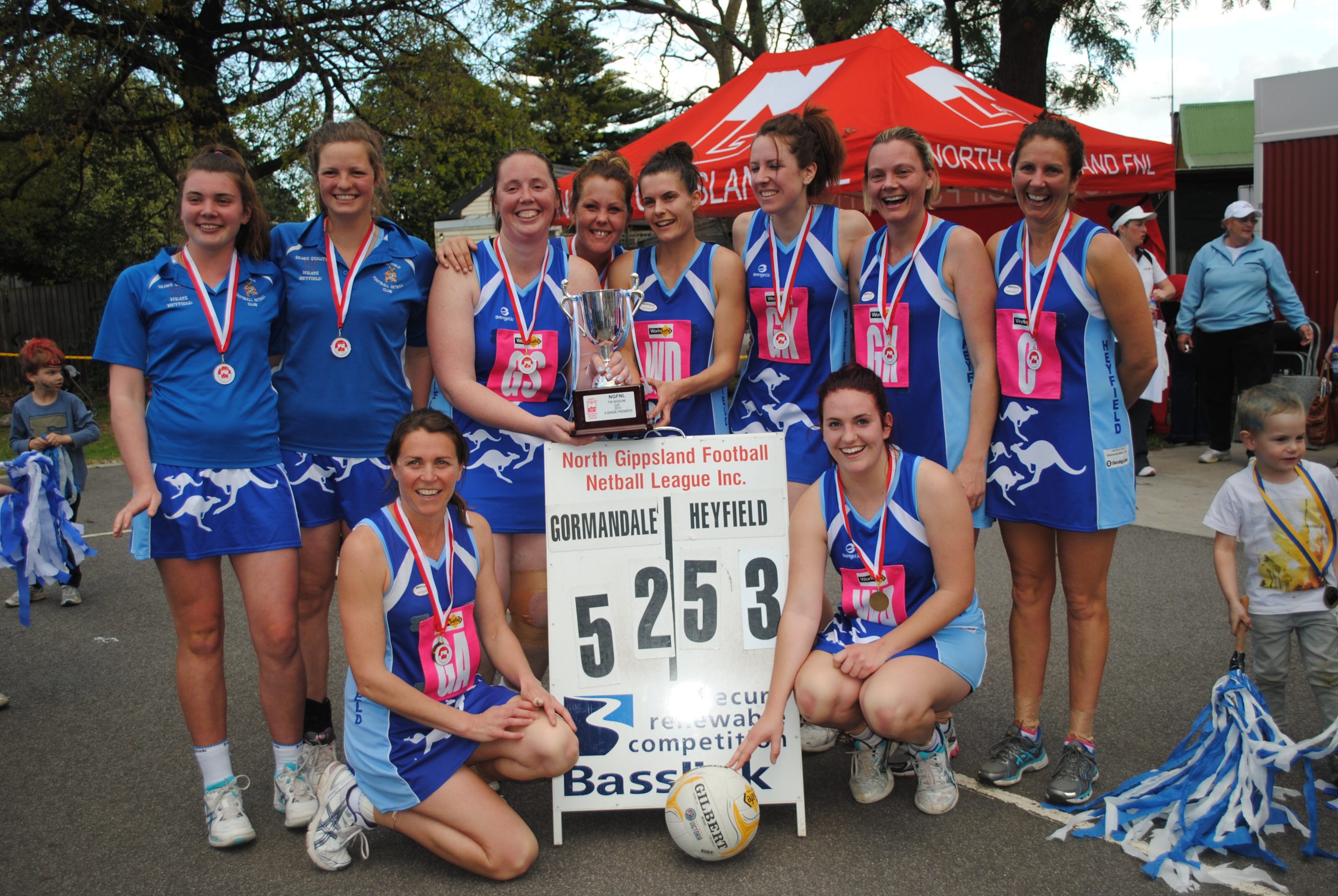 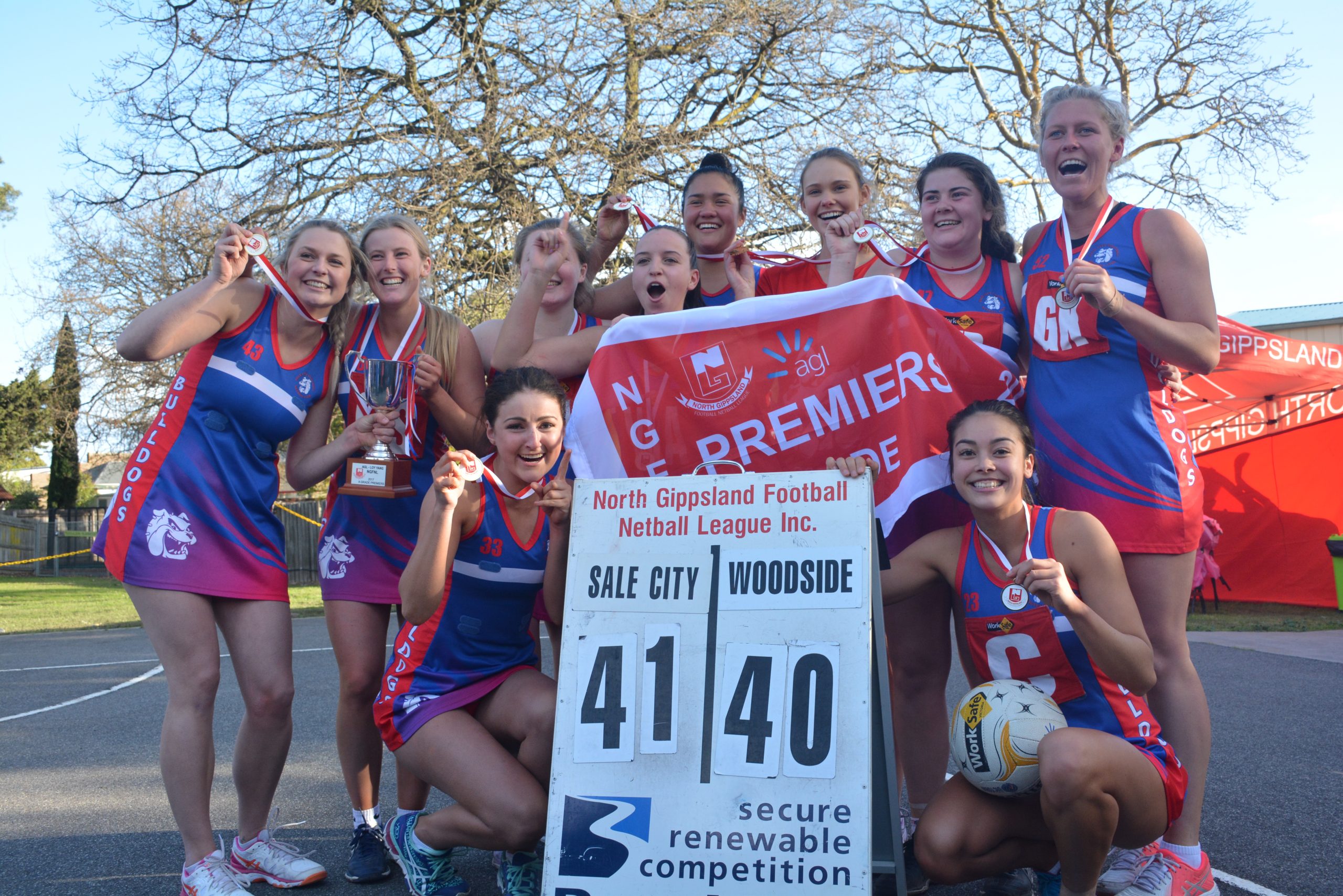 The decade in NGFNL football

THE 2010s is the decade North Gippsland netball got the Blues.

Rosedale reached the A grade grand final in eight of the 10 years, winning five premierships.

But it was Heyfield which began the decade strongly, making three of the first five grand finals.

Coming off a grand final loss to Woodside in 2009, the Kangaroos went through 2010 undefeated, a draw with Rosedale their only blemish.

The Kangaroos finished the home-and-away season six points ahead of Gormandale.

Premier the previous two years, Woodside came from third place to take on Heyfield in the grand final, but the Kangaroos were too good, winning 41-35 with Sarah Schellen best-on-court.

Leaving the NGFNL after the next season for East Gippsland, Stratford reached the A grade finals for the last time in 2010, with Kerri Smith winning the league best-and-fairest.

Rosedale had an undefeated season in 2011, finishing the home-and-away season 22 points ahead of Traralgon-Tyers United. Tebb won her first best-and-fairest, eight votes ahead of teammate Lorelle Lowe.

The Blues defeated TTU 48-37 in the grand final, with coach Julie Gerrand best-on-court.

In 2012, Tebb won back-to-back league best-and-fairest awards, but Rosedale was unable to repeat its success on grand final day, going down to Churchill 53-32.

In 2013, Heyfield became the first club to win multiple premierships in the decade.

Churchill claimed the minor premiership, but was knocked out of the finals following losses to Gormandale and Heyfield. In the grand final, the Kangaroos defeated the Tigers 53-52.

The 2013 season saw the return of the under 15s competition after an absence of 14 years, taking the number of netball grades in the NGFNL to six.

Eleven clubs played 20 rounds in 2014, with the addition of Yarram from the Alberton league. This year was Boisdale-Briagolong’s last in the NGFNL before heading to East Gippsland.

Rosedale returned to the top in 2014, losing two matches for the year, in rounds 16 and 19, before defeating Heyfield 47-33 in the grand final. Tebb was named the league’s best player for the third time in four seasons.

With one loss and a draw, Rosedale claimed the 2015 minor premiership, eight points from Churchill. The draw came against the Cougars, who defeated the Blues in the semi-finals by one goal.

The Blues rebounded to defeat the Cougars 45-41 in the grand final.

Woodside lost one match on its way to winning the premiership in 2016. In the grand final, the Wildcats overcame Rosedale 47-46, capping off a big year for league best-and-fairest Andrea Foat.

Sale City’s time to shine came in 2017, when the Bulldogs came from third place on the ladder before defeating Woodside 41-40 in extra time in the grand final.

Heyfield lost one match for the season, but was knocked out of the finals in straight sets. Kangaroos defender Caitlan Ponton was player of the year. Rosedale ended the decade with back-to-back premierships.

The Blues were undefeated in 2018, only dropping points in two draws.

In the grand final, the Blues trailed Churchill at quarter and half-time, but edged ahead in the third term to win 33-31.

Amy Harrison was best-on-court in the 2018 grand final, while sister Megan won the same honour a year later.

The rivalry between the Blues and Wildcats continued into 2019.

The Blues lost two matches to win the minor premiership, a game ahead of Woodside.

The Wildcats had the better of Rosedale in the semi-finals, but the Blues won the match that mattered most, the grand final, 46-44. It was the Wildcats’ fourth grand final appearance for the decade, but third loss.

The best-and-fairest went to Woodside’s Andrea Elliot, who won a vote ahead of Rosedale’s Johnstone.

Premiership success across the grades was spread across the league, with all nine clubs who were part of the NGFNL the entire decade, plus Yarram, claiming silverware at least once.