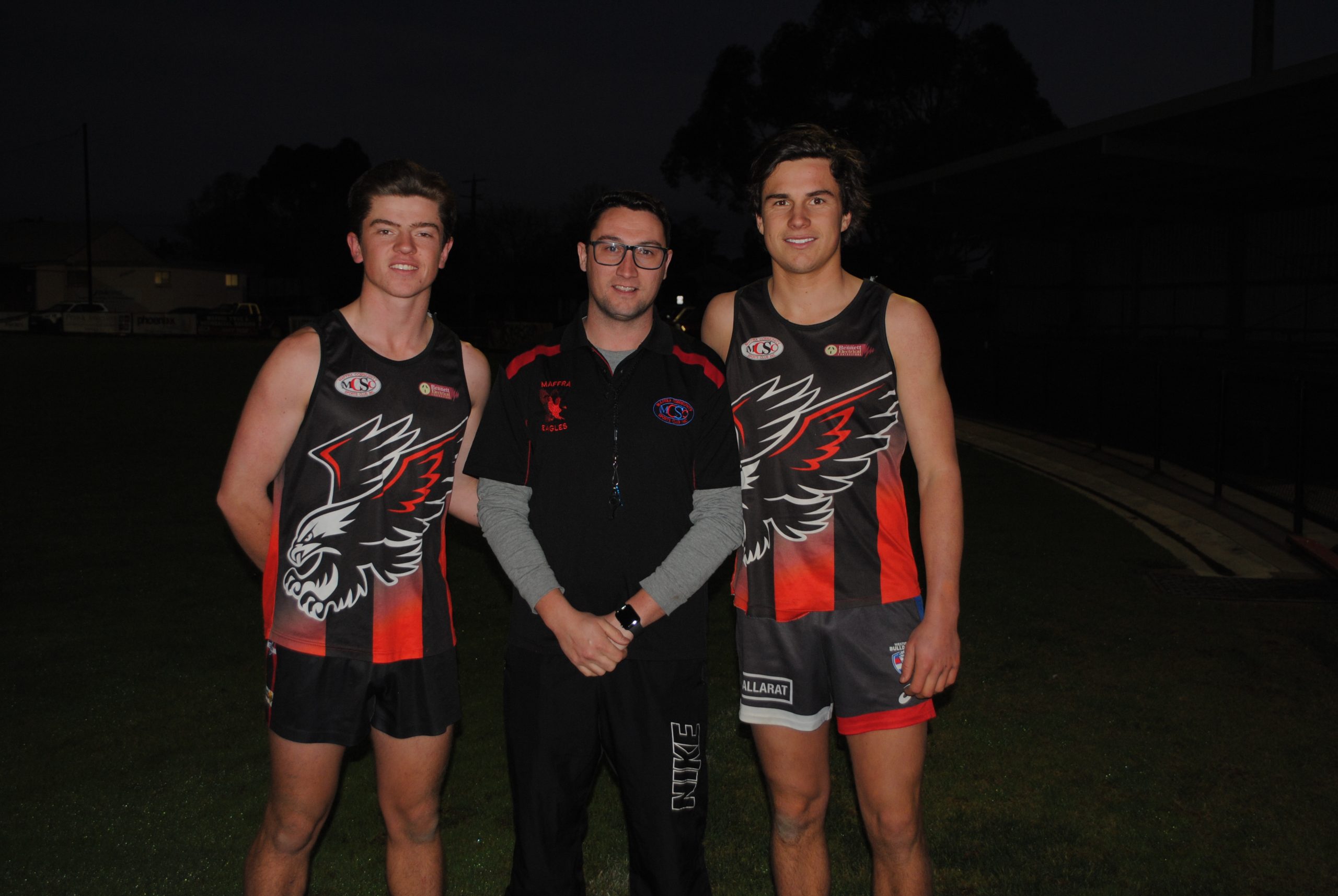 GIPPSLAND League junior footballers and netballers will finally take to the field on Saturday, putting behind months of uncertainty.

In pure COVID style, there has been another slight disruption to the start of the season, with a fixture change occurring earlier in the week because of concerns with travelling to parts of the region with coronavirus cases.

Maffra had originally been drawn to play Wonthaggi at home on Saturday, but will now host neighbouring rival Sale, which was to play at Warragul.

After this weekend’s opening round, the fixture will be reviewed to ensure the season continues.

Scope has been provided to allow a floating fixture for rounds one, two and three, and even the possibility of a ‘hub-like’ structure for clubs in close proximity to play each other more often.

Gippsland League clubs have been praised for their flexibility and adaptability at such short notice.

As it will only be junior teams participating, the annual ‘Battle of the Birds’ clash between Maffra and Sale will hold a slightly different context.

Despite this, players will no doubt be eager to play competitive football once again after such a long lay off.

For Sale Football-Netball Club’s underage footballers, the longest pre-season in history has been something of a double-whammy.

The normal pre-season culminated in the practice game against Bairnsdale being called off, before fluctuating periods of uncertainty abounded as cases continued to rise across the state.

Sale under 18s football coach Sam Anstee said while the past few months had taken a toll, all involved were ready to get stuck into the season.

“We’re getting into the real stuff which is good, especially for the boys who have all the pressure with work and school and all the uncertainty so it’s good to get out and play,” he said.

“I think last week was probably the hardest week because that’s when the uncertainty really crept in, especially with everything that’s going on in Melbourne they (the players) thought that perhaps the season may or may not go ahead.

“Credit to Gippsland League who have adjusted with the curveballs that have been thrown.”

Having coached the Sale reserves last season, Anstee said he would now have to adopt an entirely different approach in grooming the next crop of senior Magpie players.

“I see my role as a development coach so at the end of the day I have to prepare the boys to play senior football,” he explained.

“If I can get the majority of the group into senior football at Sale in the next year, two years, three years, that would be good plus anything I can do from a win-loss perspective.”

In a silver lining, a number of prominent senior Sale players and coaches will keep themselves involved by integrating with the juniors this season.

Experienced senior player and noted goal kicker Jarrod Freeman is on board as an assistant coach, while the young Sale players will have the chance to be shown some tricks of the trade by former senior coach Shane Fyfe and his successor, Chris Laverty.

While the opening game of the season will no doubt have a different outlook and feel to what players, coaches and spectators are use to, Anstee said by now his players were across all the compliance measures that needed to be adhered to.

“It will be a bit different in terms of how we prepare but on the ground the boys are use to bringing their own water bottles and towels,” he said.

“The club has been really good at giving us resources in terms of what we need to do and what’s required.”

Having become a familiar face in local sport across a number of years, the man known as ‘Nugget’ said the coronavirus pandemic well and truly took its place at the top of the list of anomalies.

“I thought the calling off of the Sale-Maffra cricket grand final was as bad as it could get, but it’s been really, really strange,” he said.

“I can’t remember anything like it, especially considering the changes that have been implemented state and nationally.”

“It is what it is but we’re just happy to play Maffra at Maffra, we were meant to play Warragul at Warragul so it’s less travel for us.”

In the Maffra camp, the Eagles have experienced solid numbers on the training track, with close to 60 junior footballers on the list.

Maffra is fielding two under 16s football sides this season, with one team competing in the Gippsland League and the other in the Traralgon and District Junior Football League.

The Eagles’ under 18s team has also been able to pick up some players from Stratford, Boisdale-Briagolong and Heyfield, after the East Gippsland and North Gippsland leagues pulled the pin on their junior competitions.

For new Maffra under 18s coach Jon Dewsbury, the extended run-up to season 2020 had been a baptism of fire.

Dewsbury described it as the “toughest year I could ever imagine in my life” and even said the fear of not coaching a season was more of a challenge than trying to coach on grand final day, as he did last season as an assistant with the Maffra team he is now in charge of.

“After working alongside our under 18s coach last year it was a lot easier preparing for a grand final than what it is preparing for round one of a ‘COVID season’,” he said.

“It has been pretty demoralising but we have a good bunch of kids, a lot of them work so they’re in the adult livelihood so they understand what’s going on, they’re just looking forward to playing.

“This year will certainly make or break me.”

Dewsbury has transitioned into coaching following a playing career which was plagued by injury.

The former midfielder spent most of his playing days at Moe and Newborough, winning a premiership at the latter and playing Gippsland League seniors for the Lions.

“The heart still stays strong at Moe so it’s very hard coming up against them as an opposition,” he said.

Somewhat ironically, the man he was coached by at Moe, Adrian Burgiel, is now working alongside him at the Eagles as a fellow junior coach.

Dewsbury said the Maffra hierarchy had given all junior coaches the opportunity to showcase their credentials and was looking forward to finally getting the season underway.

“The club has given us full support to do what we want and make the most of the season with the kids that we’ve got,” he said.

“I can’t wait to get Saturday underway, just to let the boys play footy, let them do it for two hours.

“At the end of the day I just move magnets around a board and hope the players enjoy it and then whatever happens with next week we’ll just work with next week.

“On a positive we get to play Sale round one so that is a grand final in itself.”

Also on Saturday, Warragul will now host Wonthaggi, with Traralgon heading to Bairnsdale, Morwell hosting Leongatha and Drouin at home to Moe.