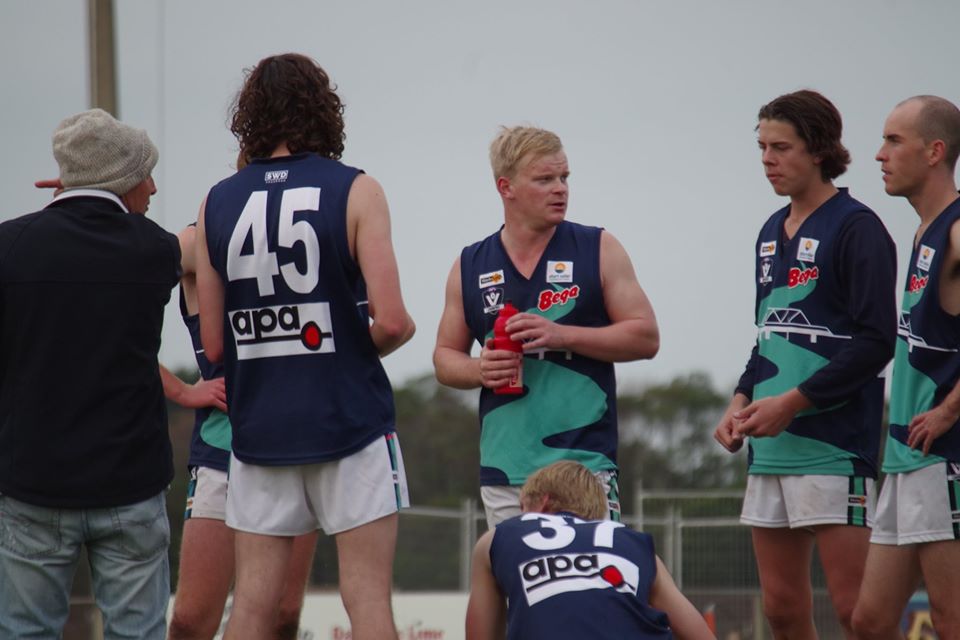 EVEN a worldwide health pandemic has not been enough to stopped one Gippsland football loving family from playing competitive football this season.

Former Orbost-Snowy Rovers player Sam Morrow has ventured up to Queensland with brother Tyler and cousin Ben to play for a team based in the popular tourist town of Port Douglas.

The trio are playing for ‘the Crocs’ in the seventeam AFL Cairns competition, which encompasses six teams from Cairns as well as their new home club.

After all Victorian football competitions were cancelled and Victoria-based AFL teams flew out to enter various hubs, a number of suburban and country players have followed a similar path in a bid to play some form of competitive football this season.

AFL Cairns, which began its season last week, usually welcomes around 40 per cent of players from interstate each season, and carries the slogan ‘footy in paradise’.

Morrow said he along with many others would be calling Port Douglas home for the next three months.

“We had 10-plus recruits play across the first game in both grades, with another 12 to come in, so 22 players from Victoria are in Port Douglas,” he said.

Having returned to Moe this season, Morrow said the decision to head north came about after preliminary talks with older cousin and former Lions senior captain Ben planted the idea in his head.

“The week before the Gippsland League had the pin pulled Ben hit me up one night after training,” Morrow said.

“His mum had told him Port Douglas were on radio promoting the opportunity to come and play. “It was a bit of an offhand remark but little did he realise I’d actually follow up on it a week later after the Gippsland League was finished.

“I rang the Port Douglas coach and asked if he needed a few players and he couldn’t get enough of us.”

With time not on his side, Morrow explained it was something of a mad rush to drop work and arrange things in time before the states borders were shut down.

“I had a few weeks lined up with a shut at Longford so I pretty much had to pull the pin on that just to come up and play footy.

“We’ve started to organise some work up here now but it’s been a lot of juggling trying to get up here.

“The Port Douglas coach rang us and we were still sort of umming and ahing.

“He rang us on a Tuesday night and said ‘fellas, you’ll need to leave tomorrow morning if you want to come and play because the borders are closing at 12 o’clock on Friday’. So we made our decision at 8pm on Tuesday and were in the car at 8.30am on the Wednesday.

“We beat the border shut down by half a day.”

Sam and Ben Morrow took to the field for the opening game of the season, while Tyler sat out with injury.

Somewhat ironically, the first game of the season was against the Cairns City Lions, which meant Ben Morrow played against the emblem he has represented more than 200 times for Moe.

The workhorse ruckman had a solid first outing for the Crocs, being adjudged best-on-ground in a 78-point win.

Sam Morrow, who was productive in the earlier match with two goals, said it was quite surreal to play football in a tropical climate as opposed to the freezing conditions of Gippsland.

“The sun plays a very big factor up here. It was the first time I’ve ever got sunburnt playing footy,” he said.

“The game is probably close to 20 degrees warmer than what we normally play this time of year at home.

“It’s definitely a bit more free-flowing than I expected. There’s not a lot of stoppages, there’s quite a lot of clean football.

“I was very stiff two days after the game.

Obviously not playing for so long it takes a bit to get use to.”

While the weather has been a hurdle for outsiders, the major hurdle all players are facing is playing within COVID parametres.

Morrow said the protocols were more or less the same as those being enforced in Victoria at junior games.

“There’s quite a few things in place but they seem to be coping with it,” he said.

“It’s second nature to want to get around your mates but you just have to really bring it to the front of your mind that you need to think about things a bit more.

“It doesn’t take away from the physicality of the game, come siren time it’s game on, everything as normal.

The Port Douglas Crocs have had a successful recent history, winning the past four senior premierships.

The club made national headlines in 2017 when mining magnate Clive Palmer became its number one ticket holder.

The club also found itself in the spotlight last season when it defeated North Cairns by 402 points.

AFL Cairns will play 14 rounds with a four-week finals series across senior and reserve grades this season.

Whatever the season brings for Morrow, he may have already won the town’s most sought after prize – a free round at the famous Port Douglas golf course.

“I managed to snag myself a voucher for 18 holes and a cart so no doubt we’ll be having a run around there at some stage,” he said.