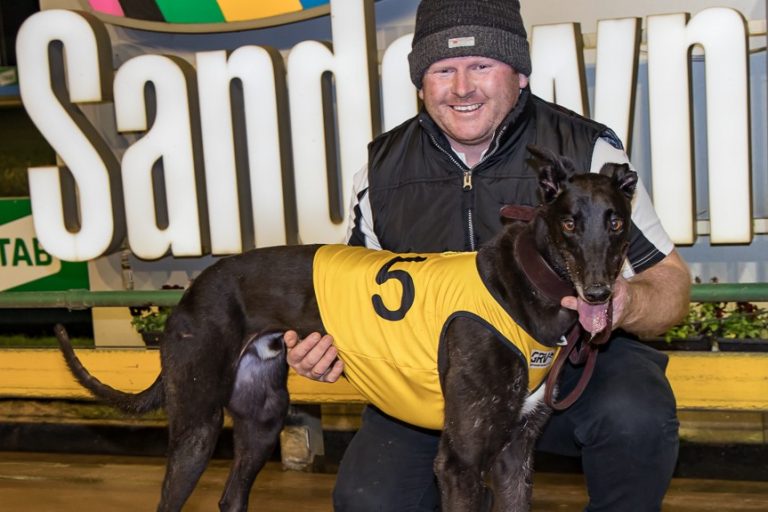 CAN’T Say That backed up from a win at Sandown Park on Thursday night with a win at Sale on Sunday.

The dog defied the odds to claim victory in Melbourne for Bundalaguah trainer Corey Fulford.

Kingfisher Rose, trained by Jeff Chignell at Rosedale, sat behind Can’t Say That for much of the race and made a charge on the home straight, only to finish a head short of the winner.

The $1.80 favourite had a good start and opened up a gap on the back straight on his way to winning in 29.47s, almost five seconds ahead of Speedy Bella, trained by Leslie Hughes at Giffard.

Another dog to win at Sale was Dr Mumma, trained at Darriman by Bill McMahon, after finishing third at Sandown Park on Thursday in a 515m mixed grade six and seven.

The dog started well and was leading before being passed on the back straight by eventual winner Rockstar Ruby.

California Gold got on Dr Mumma’s inside on the home turn to claim second place.

Finishing second was West Of Westeros, trained by Dawn Johnston at Boisdale, with Got Girl third for Terr Proctor at Alberton West.

McMahon’s Inuka won the thrilling first heat of the 440m series for dogs with three to six wins.

Inuka shot out of the box and led the whole race, winning in 25.1s, but had to hold off a late challenge from Old Town Road, trained by Matt Clark at Briagolong.

The second heat was won by Zipping Samara, trained by Carolyn Jones at Rosedale, in 24.9s.

The final will be this Sunday at Sale.

The first winner came in the opening race, a 440m maiden, with Stuart Lee Rose claiming victory almost a second ahead of Mystery Rules, trained by Brian Alford at Yarram.

Mystery Rules led early, but was out-sprinted in the home straight by the favourite, who won in 25.11s. Dr Collette finished third for McMahon.

In race four, a 440m grade seven, Bobby Bean Rose won by almost five seconds from All To Lucky, trained by David Kerr at Warragul South.

Bobby Bean Rose notched a second win from his three starts in 25.16s.

A good start served her well, finishing 6.5s ahead of Madalia Daisy, trained by Susan Northway at Heyfield, while Our Katie Rose came third for Jeff Chignell at Rosedale.

The $1.60 favourite took the lead on the back straight and won in 29.23s, 6.1s ahead of Bricabrac, trained by Greg Minne at Moe South.

In third place was Whodat Dare for Heyfield trainer Davide Fasoli, with She Wiggles third for Dawn Johnston.

The $2.30 favourite recorded a third win from his previous four starts in 24.02s.

In second place was $31 chance Adonis Sands for Leslie Hughes. Tin Shed Fred had a big win in race six, a 440m mixed grade four and five, for David Kerr.

PLAYLIST will be aiming for a second group one victory in three weeks on Saturday night.

After winning the Vic Peters Classic in Sydney on July 11, Playlist on Saturday night qualified for the final of the 525 metre Maturity Classic at The Meadows in Melbourne.

Trained at Briagolong by Matt Clark, the dog won the first heat by almost 6.5 seconds in 30.04s.

Clark’s hopes of a second finalist were dashed when star sprinter Catch The Thief was narrowly relegated to second by $92.50 outsider Summer Lights in the second heat. Only the heat winners progressed to the final.

Both entered the race in form, with Bromley coming off a second placing at Sale the previous Sunday, and Red Light Rico coming third in his previous start.

Race favourite Weblec Jet was a clear winner, continuing his unbeaten run of three wins from as many starts for Anakie trainer Jeff Britton.

Annie Rose, trained by Sharon-Lee Chignell at Rosedale, finished second in race 11, a 515m grade five, after being a $20 chance at the tote.