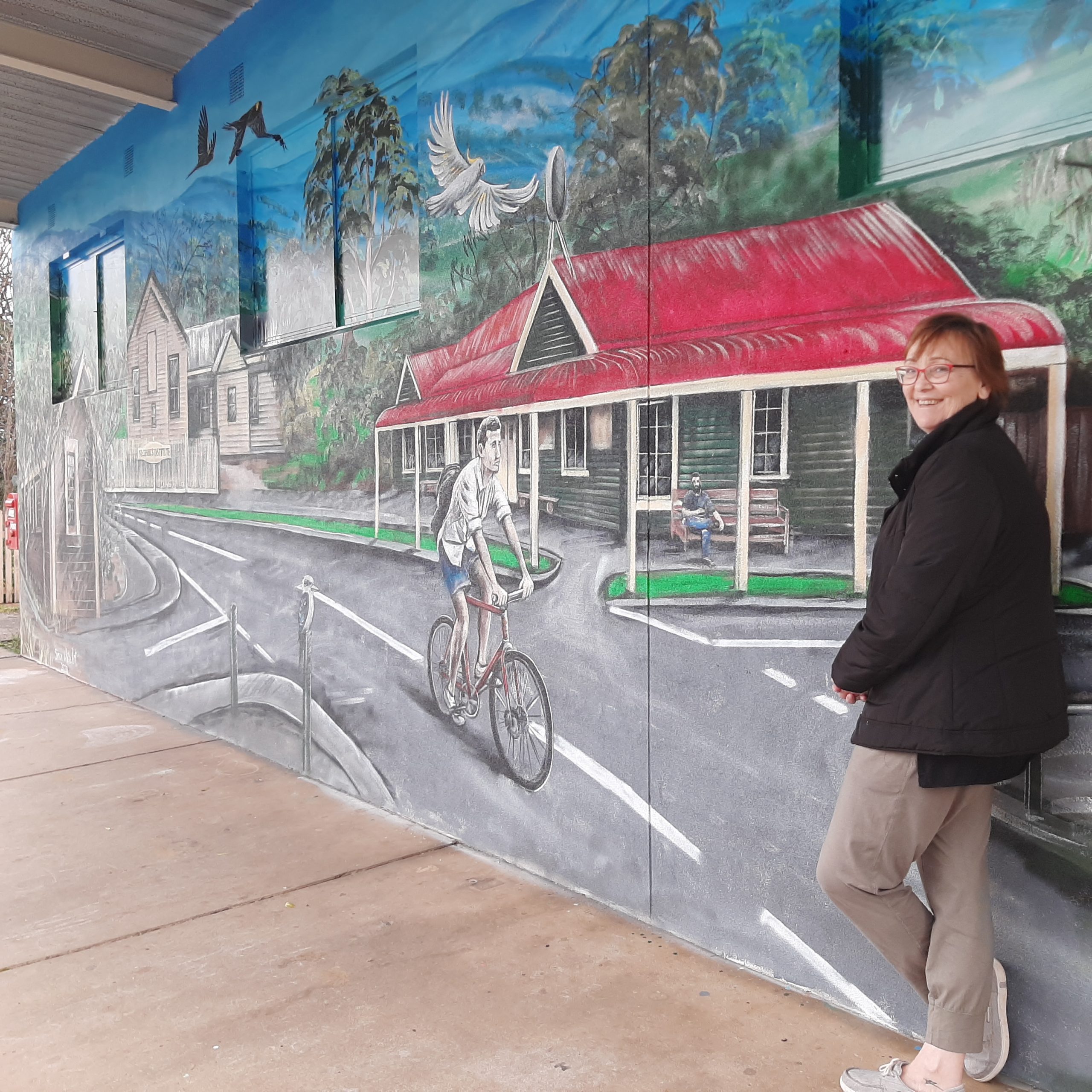 A CREATIVE new mural on the front wall of Briagolong’s post office and general store has helped brighten up the street and add a touch of colour and history to the newly-renovated store.

New owners Jon and Sandra Knowles commissioned Loch Sport artist Simon White to paint the mural, giving him a brief of creating a piece that recognised the area’s history and beautiful setting.

There are several iconic buildings that everyone will recognise, such as the Briagolong Hotel and the Mechanics Institute, the mountains in the background, and a touching tribute to Sandra and Jon’s late son Benjamin, who can be seen sitting on a bench outside the hotel.

“It’s comforting to see Ben sitting there every day – I feel he’s watching over us,” Sandra said.

The couple also wanted to celebrate the charm of Briagolong, and is pleased with the attraction the work has received.

“People have been dropping in to ask about it and word is spreading, with people often coming from other towns and as far as Melbourne [pre-COVID restrictions] to look,” Sandra said.