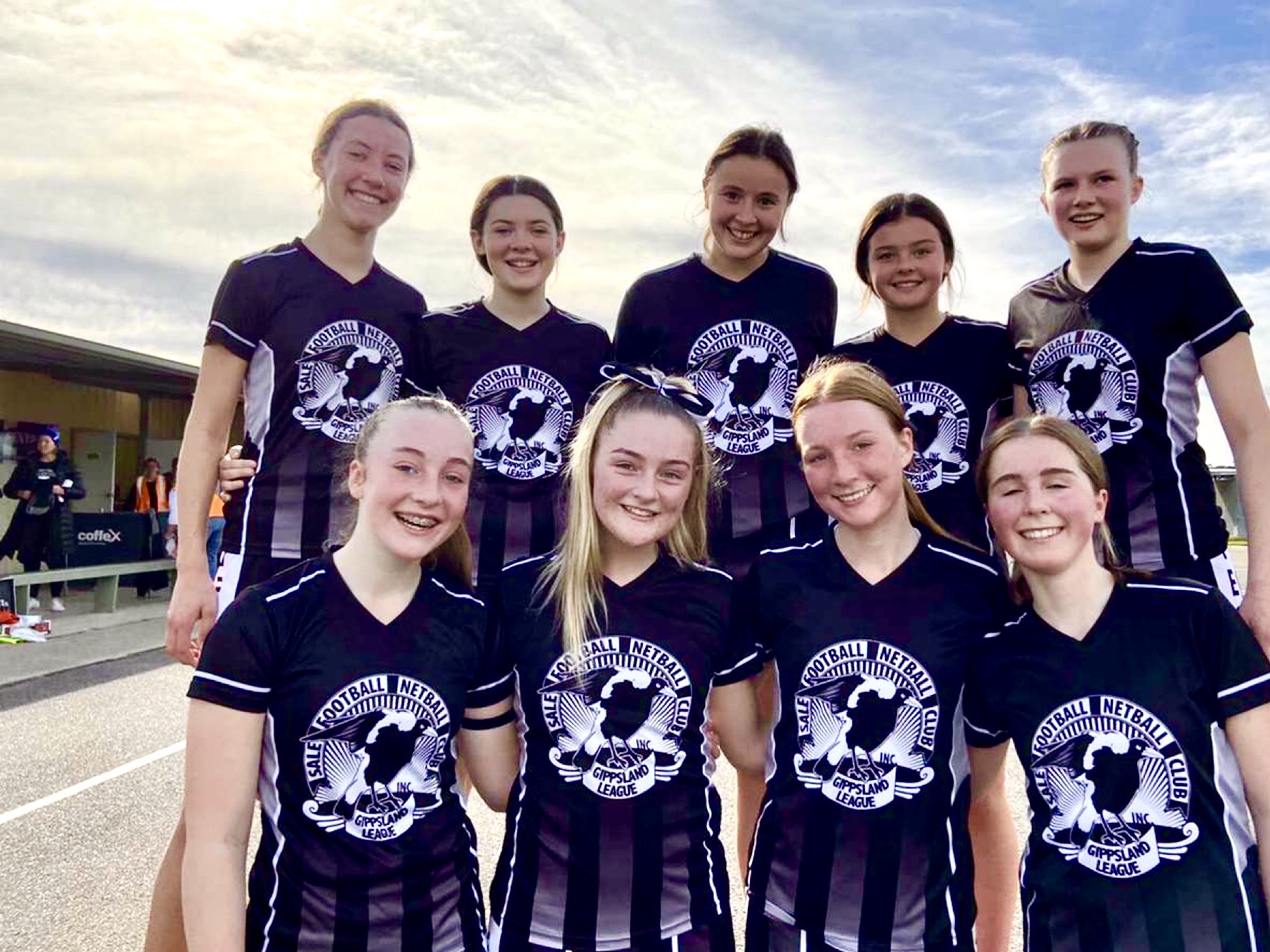 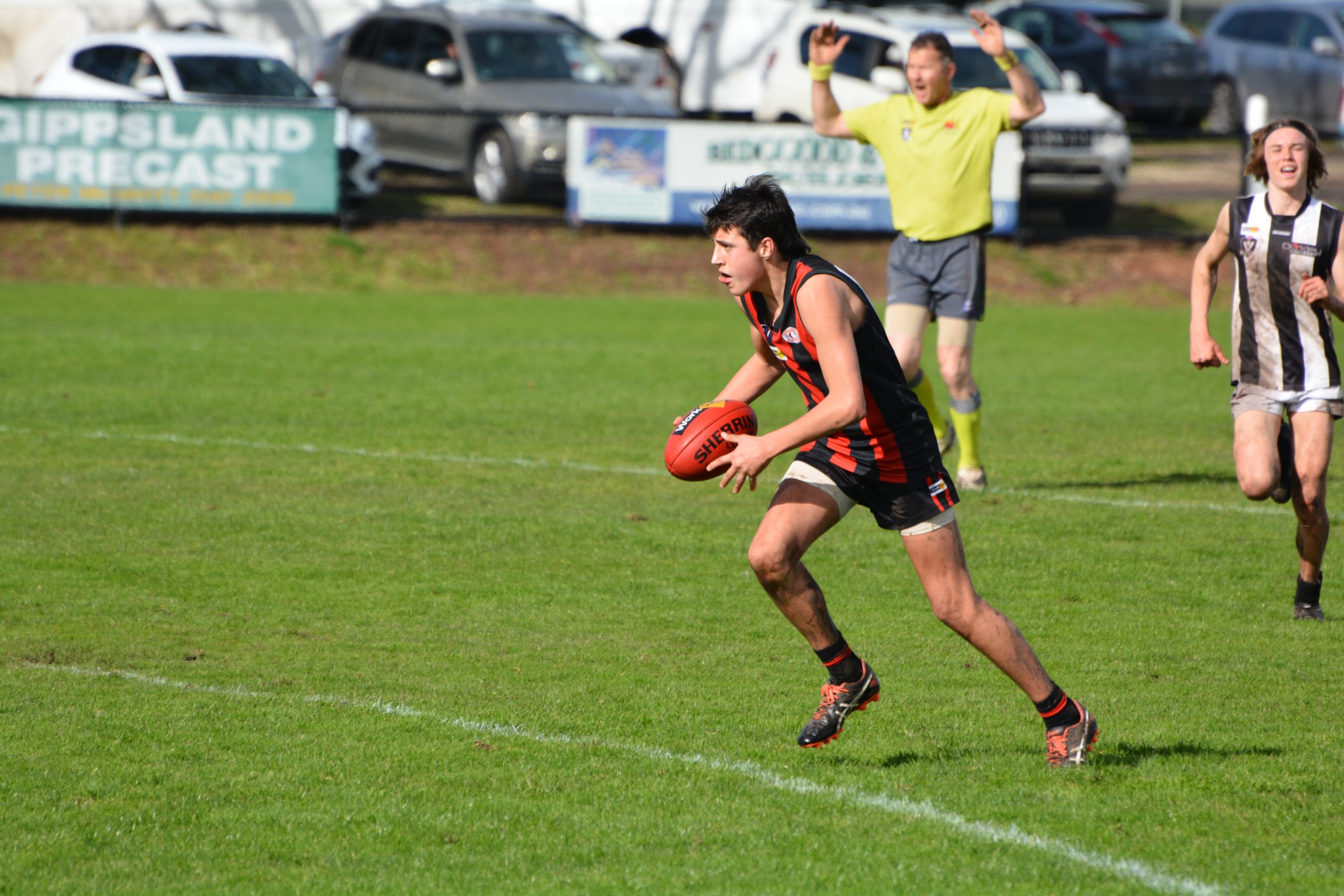 IT was back to some sort of normality for local football and netball at the weekend, with the Gippsland League staging its opening round for underage teams.

Maffra and Sale went head-to-head across two football and three netball grades, with wins and losses shared between the two clubs.

As drivers entered Maffra on Saturday, each car was given a piece of paper outlining the regulations in place.

Regardless of the results, football and netball were the real winners, as the joy was evident on the faces of all young players.

In a sign of just how long the lay off has been, it would have been round 13 in a normal season. With stringent COVID-19 procedures in place, matches were staggered to allow enough time for changerooms to be properly sanitised and disinfected.

Only players, coaches, team managers and trainers were permitted inside changerooms and on the playing arena, while spectators had to ensure they maintained appropriate social distancing.

Despite the different outlook, once games got underway it was business as usual.

Maffra began the day with a comprehensive win in under 13 netball, before Sale got one back in the next game, with its under 15 team coming out on top 27 to 36.

Sale netball stalwart and under 15 assistant coach Jo Crawford-Wynd, standing in the top job for the day in the absence of Bernie Dillon, said the game carried with it a great deal of anticipation. “Waking up it felt like finals because there’s been so much build up and everyone was just so excited to play,” she said.

“It was great to get back into it, the girls were really excited, they’ve been pumped since they found out the season would resume.”

In a shortened season where every win could essentially be worth twice as many points as usual, Crawford-Wynd said it was pleasing to start the year on the right foot.

“We knew it would be close, being round one you think you know where you are going to play your players but until the game starts you don’t know how those positions are going to gel,” she said.

“We tried some new players in different positions and were lucky all those moves came off and all the girls worked so hard and played as a team that we got the rewards.”

The match of the day belonged to the under 17s, with the Eagles and Magpies playing out a 31-31 draw.

Sale’s young brigade of netballers will also be buoyed this season by the integration of a number of senior coaches and players assisting on the sidelines, including Deb Fox, Melanie Johnston and Ruby Phillips.

On the football field, Maffra and Sale shared one-sided wins in the under 16s and under 18s respectively.

Some parents would have been able to enjoy a bit of a sleep-in as the under 16s began at 11am, two hours later than normal, and the under 18s at 1pm.

After kicking seven behinds in the opening term, Maffra players got their kicking boots on after the

first break to put the game beyond reasonable doubt midway through the third.

Jonti Schuback and Coby Burgiel kicked three goals each, and also made the list of best players for their efforts.

It was better news for Sale in the under 18s, with the Magpies recording a comprehensive victory.

The Magpie players were clearly raring to go after the extended break and were never really tested as they extended their lead as the game progressed.

David Brinker-Ritchie kicked three goals, and was joined by nine others to hit the scoreboard. Hunter Pearce got his season off to a good start with a best on ground performance, while captain Will McKinnon also led from the front in a strong display.

Sale players wore black armbands for club legend Kevin Hogan, as the delayed start to the season meant Saturday was the first opportunity it had to pay its respects on field.

For players of the victorious teams, probably the biggest thrill for them was finally getting to sing their club song.

With most Gippsland League clubs extending invites to a number of junior players from cancelled minor leagues to join them for the season, the next few weeks should give those who have made the journey across an insight into the opportunities that playing in the major league has to offer.

As host for the opening round, Maffra president John Brunt said the day went off without a hitch, and praised all involved for their cooperation.

“Everybody was well behaved and followed the COVID regulations,” he said.

“We followed all the COVID protocols that we had to and had all our signage and COVID officers around the place.

“We didn’t really have any need to ask spectators to spread out, no one tried to get on the ground or into the rooms.

“Sale as the visiting team held up their end of the bargain very well.

“We measured up what we could and couldn’t do and were very happy with what we achieved for the day.”

Regardless of what the scoreboard read, Brunt said the most pleasing thing to see was the obvious enjoyment all players were having being back out playing the games they love.

“The kids were stoked, they really were,” he said.

“The games were played in good spirit, like a true Sale-Maffra clash, and there was plenty of support, plenty of noise and cheering from both ends.”

All going well, Sale will host Bairnsdale in round two, and Maffra will play Warragul at home.

Sale president Simon Turnbull spent part of Sunday marking the lines at Sale Oval in readiness for this week’s game.

Like his Maffra counterpart, Turnbull was full of praise for all involved.

“Everyone was doing the right thing and there was no problems,” he said.

“To see the smile on the players faces as they were running out onto the ground and court was incredible.”