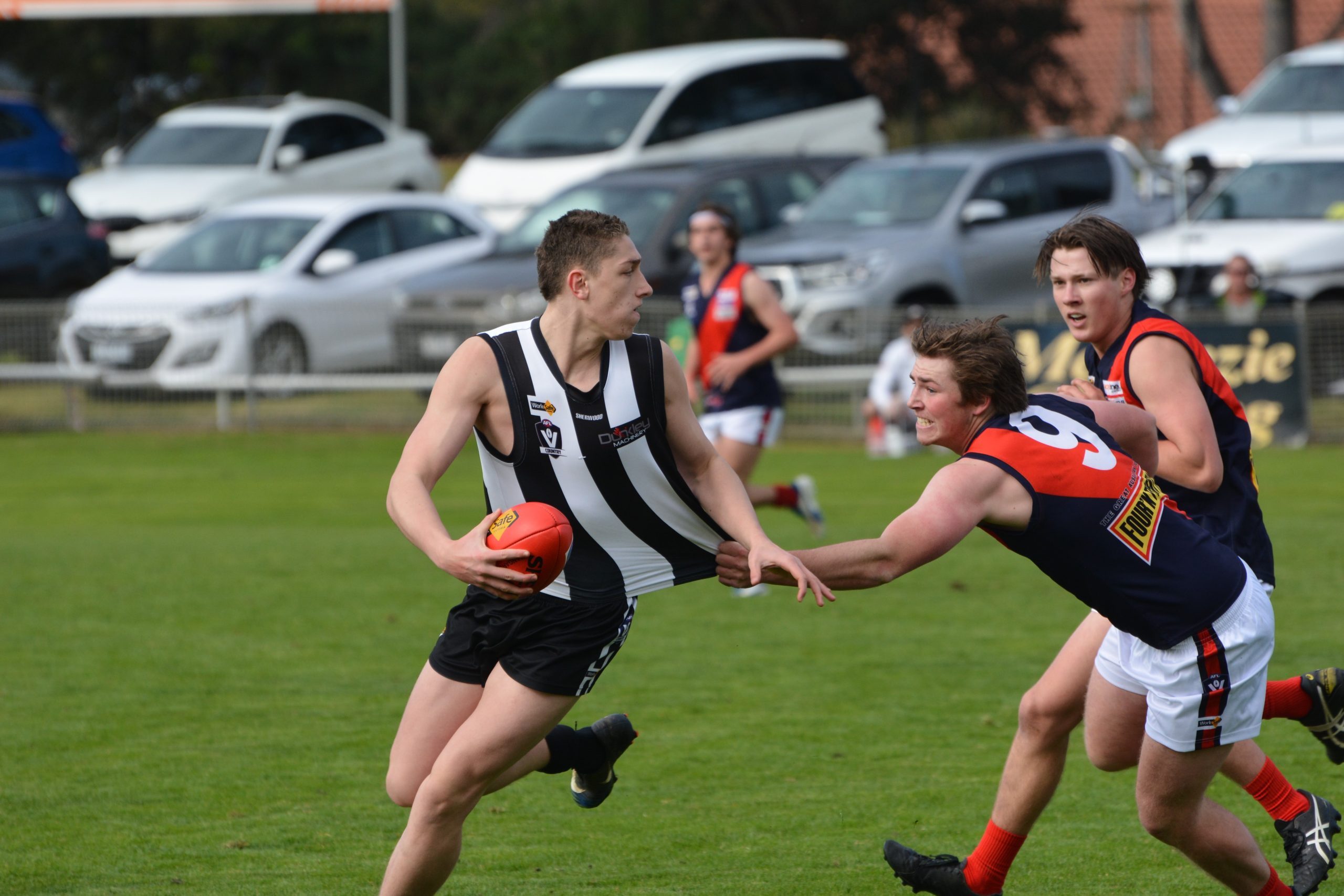 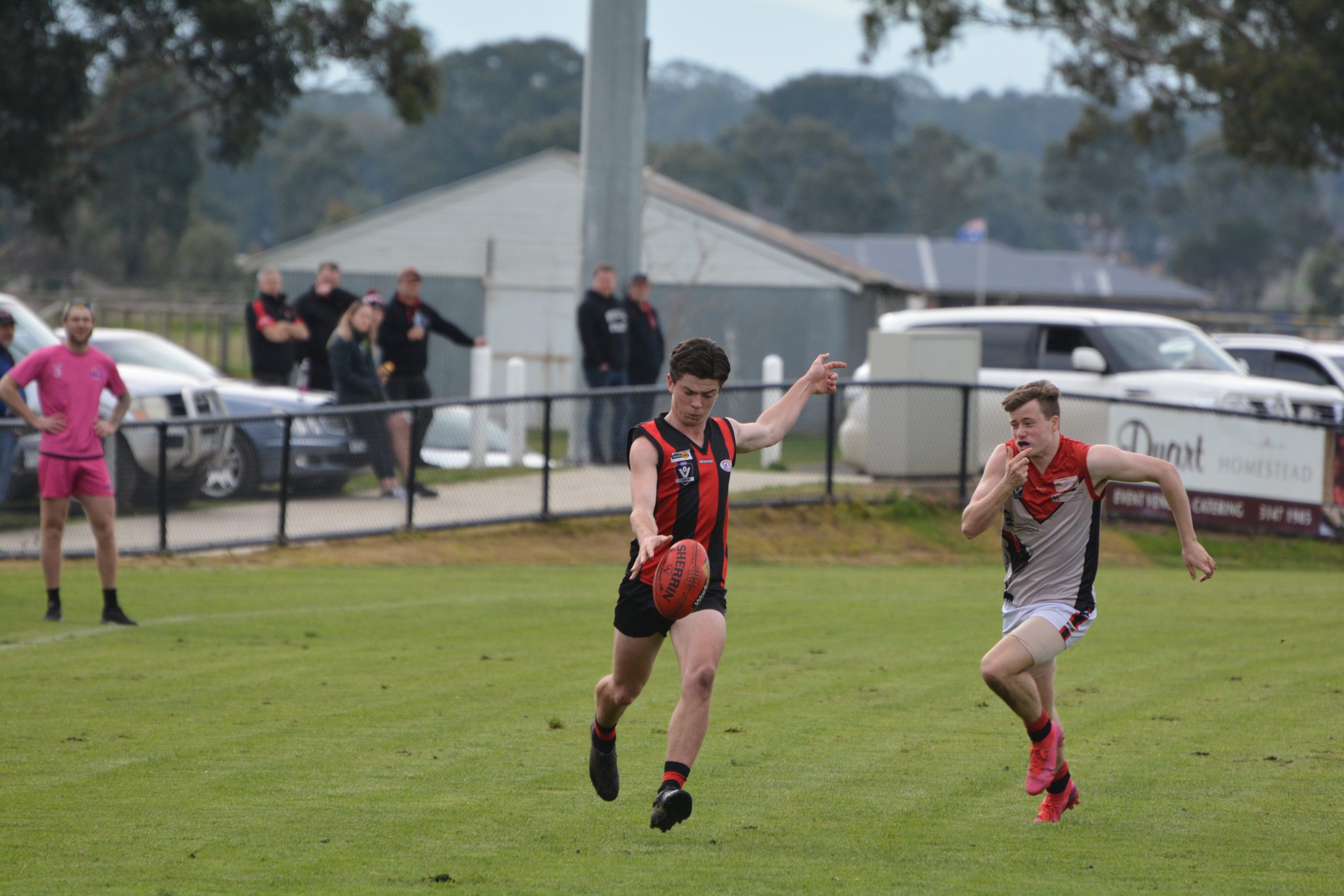 GIPPSLAND League junior players were able to enjoy another round of football and netball at the weekend, as the COVID crisis held itself at bay for at least another week.

Sale Football-Netball Club had its first experience at hosting duties, and ran a smooth operation with no stone left unturned. Gate keepers recorded the names of every person that drove in, while the canteen was also operational with appropriate signage and distancing markings in place.

In welcoming Bairnsdale to Sale Oval, the Magpies had a successful day on the field and court, winning four out of five games.

Sale’s under 13 netball team got its first win of the season with a 44-10 victory over the Redlegs, before the under 15s had a similarly one-sided game, winning 47 to 13.

The under 17s recorded their first win of the season, downing Bairnsdale comfortably.

On the football field, Sale was defeated by Bairnsdale in the under 16s, but battled hard and will take some learnings out of the day.

Bairnsdale went into the quarter-time break with a six-point lead, but the Magpies came out in the second term and put five goals to two on the board to take a handy 14 point lead at half-time.

Sale kept Bairnsdale goal-less in the third and would have put the game beyond doubt had it not been for errant goal kicking.

Given the long lay-off, Sale players would have probably been shown some leniency by the coaching staff, as they kicked one goal from six scoring shots in the third quarter.

That being said, the Magpies were better for longer, and after the two teams each kicked a pair of goals in the fourth term, were able to grind out a solid win to keep their promising start to the season intact.

Sale captain Will McKinnon led from the front with a best-on-ground display and received good support from Max Welsh and Jake Hutchins who slotted three goals.

Other Sale players to feature were Sam Smith, Blake Safstrom and Kai McDonald, who no doubt would have featured in a fair amount of photos taken by the local photographer.

AT Maffra, the Eagles played host for the second week in a row, as Warragul made the trip east.

The Eagles gave their opponents grief in the netball, winning comfortably in all three grades.

The under 16 football match went down to the wire, with Maffra the unfortunate loser in a game decided by only three points.

The Eagles led at every change except when the final siren sounded, with the scoreboard reading 8.6 (54) to 8.9 (57) at the finish.

Maffra took the ascendency into half-time, holding onto a 10-point lead, and led by 14 points heading into the last.

Warragul refused to go down without a fight, and would have been smiling all the way back down the Princes Freeway after kicking four goals to one in the final quarter to pinch what could be a win that carries huge ramifications in a condensed season.

Maffra was wasteful early in the under 18 game, kicking six behinds in the first quarter.

The Eagles straightened up in the second, kicking two goals, to find themselves only seven points adrift at the main break.

However, it was a completely different story in the second half, as whatever was in the individual drink bottles in the Warragul huddle clearly worked, as the Guls skipped away, kicking six goals to none after the main break.

The Gippsland League under 18 competition this season is probably the strongest it has been in a long time as there is nowhere else for kids to play.

Looking at team sheets, 90 per cent of clubs have more than 25 players on their list, which would not have been the case in recent seasons.

SALE will host Traralgon this Saturday and Maffra will travel to Leongatha.