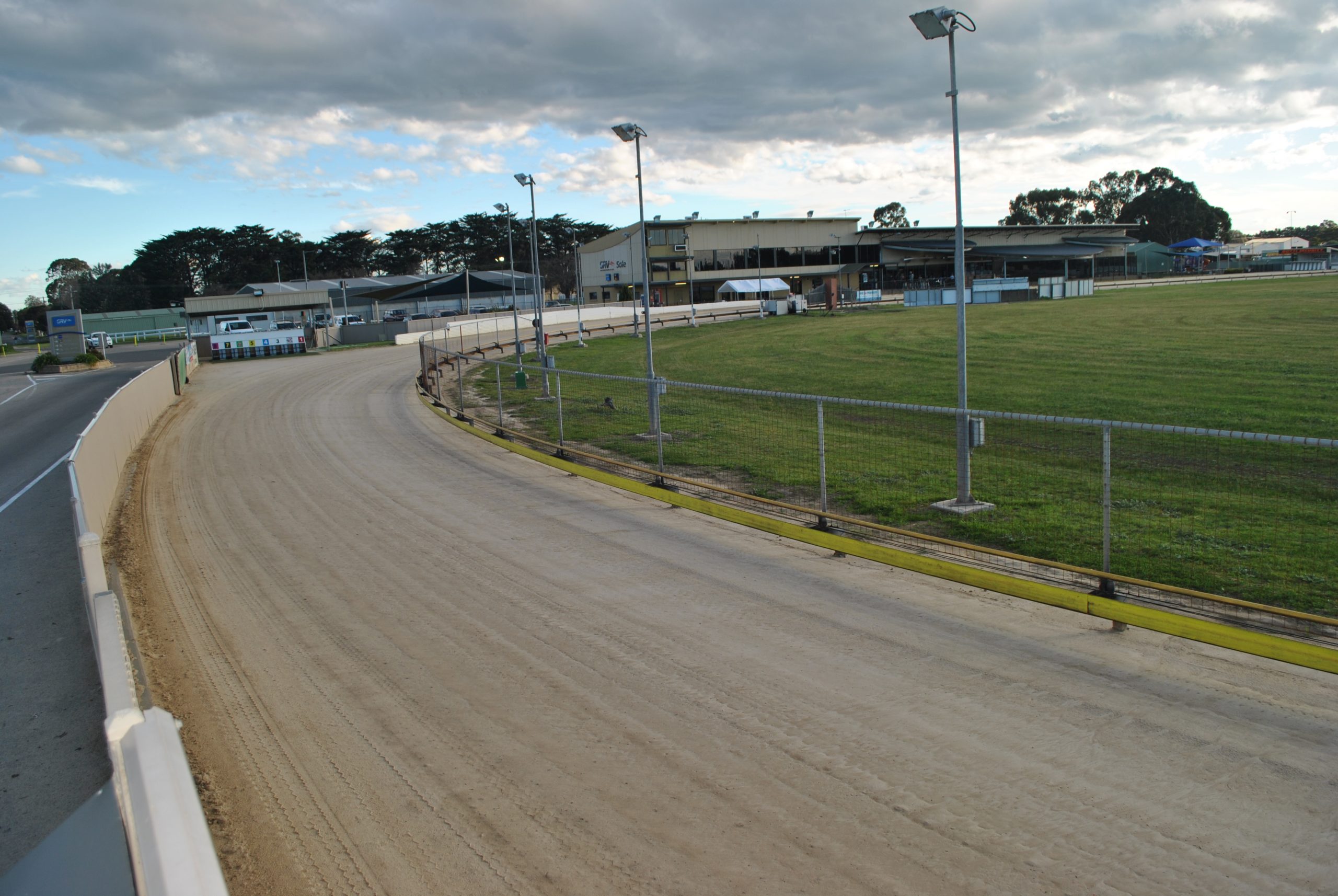 DARRIMAN trainer Bill McMahon had three winners during Sunday’s Sale greyhounds meeting, including one of the feature races.

Dr Knuckles won the final of 440 metre series for dogs with three to six wins.

Dr Ted started well and opened up a good lead, but almost got pipped at the post by a fast-finishing Into The River, trained by Gary McMillan at Nambrok.

From three starts, Dr Ted has a win, a second placing and a third. Campanita, trained by Carolyn Jones at Rosedale, finished third.

In the second of the heats for the 440m mixed grade six and seven series, Dr Mumma won for McMahon in 25s, her third victory from five starts.

In second place was Omega Cimarron, trained by Barry Harper at Seaspray, with Patience Pays third for Adrian Smit at Longford.

The first heat was won by Sandy Gem, trained by John Connor at Rosedale.

The dog showed good pace out of box eight to set up a winning lead, claiming a second win from three starts in 24.82s, ahead of Pyrocumulus, trained by Ashlee Terry at Nilma North, and Bromley, trained at Darriman by Jennifer Gill.

In the third heat, West Of Westeros won in 24.91s for Dawn Johnston at Boisdale. The dog continued her good form, which now reads three wins, two seconds and a third from seven starts.

The final will be held during this Sunday’s Sale meeting.

Race two, another 440m maiden, was won by debutant Omega Carson, trained by Harper at Seaspray. The dog recovered from a slow start, and worked his way to the lead by the top of the home straight before winning in 25.46s.

Sacred Path, trained at Yarram by Brian Alford, led into the straight, but was taken off his line by Space Trucking, allowing My Faith to storm passed and take victory in 25.27s for Tooradin trainer Brett Mackie.

Van Oirschot, based at Devon Meadows, had better fortune in the final race, with Valhalla Girl winning the veterans’ 440m in 25.08s ahead of Absalom’s Loaded and Hip Hippy Shake, trained by Elaine Johannsen at Devon Meadows.

Race five, a 520m event restricted to dogs with one to three wins, was won by Rall’s Girl, trained at Tooradin by Dennis Langley, in 29.77s. Incognito finished second for Nambrok trainer Lyn Smith, with Speedy Bella, trained by Leslie Hughes at Giffard, third.

Race eight, the 440m free for all, was won by Terren’s Close, trained by Chris Johannsen, with Flywheel Bella second for Sam Bye at Gormandale, and Macalister Tiger third for Briagolong trainer Cheryl Morris.

ON Friday at Sale, the race of the night came at the end, with only 2.11s separating five of the six dogs.

Podium, trained by Lyn Smith, led the the 440m grade five from the back straight, but had to hold off a fast-finishing Adonis Sands, trained by Leslie Hughes to win in 24.96s. In third place was Soda King, trained by Susan Northway at Heyfield.

The night included heats of the 520m grade five series, with the final to be held this Sunday.

The first heat was won by Lots Of Chatter, trained by Graeme Jose at Catani, in 29.33s, with the Tin Shed Fred winning the second for David Kerr at Warragul in 29.61s.

PLAYLIST finished seventh in the group one Maturity Classic final on Saturday night at The Meadows in Melbourne.

The greyhound, trained by Matt Clark at Briagolong, approached the 525 metre race having won the group one Vic Peters in Sydney before winning his heat of the Maturity.

A $32.50 outsider at the tote, Playlist began the race well, but found himself at the back of the field by the back straight.

The race was won by Simon Told Helen, who collected a fourth group one trophy for Little River trainer David Burnett.

The dog was second on the first bend of the 515m race behind favourite and eventual winner Carry On Angel, but was passed for second place approaching the post by It’s My Party.

Eilish won the 515m race restricted to dogs with one to three wins in 29.72 seconds. The dog took the lead by the first bend and was never headed, winning by more than 10 seconds.

Harper ‘s Girl, trained by Robert Bean at Tinamba, brought up back-to- back wins at Warragul on Tuesday night, claiming the 400m mixed grade six and seven, ahead of Our Katie Rose, trained at Rosedale by Jeff Chignell.