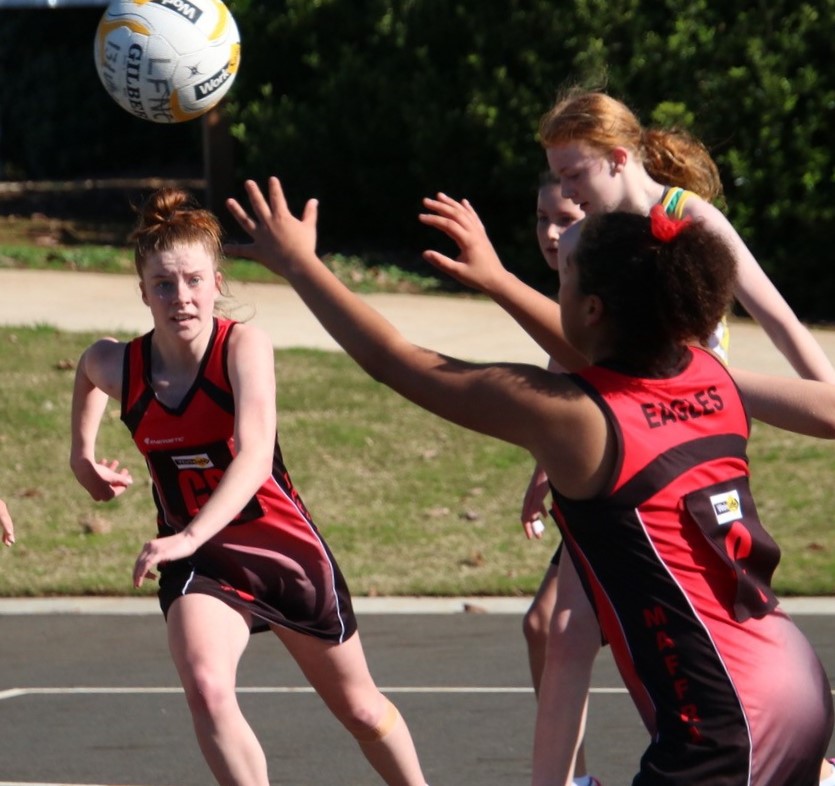 MAFFRA footballers and netballers travelling to Leongatha Saturday morning were met with a “heart says yes, head says no” conundrum, after seeing a report detailing a suspected coronavirus case at nearby Korumburra Secondary College.

As a precaution, the school has been closed until further notice, and given the close proximity of Korumburra to Leongatha, Maffra under 18 footballers and under 17 netballers made the decision not to go ahead with their games.

The Eagles played in under 13 and under 15 netball, with the 13s recording a big win.

Jack Hrehoresen was the star of the show, kicking six goals in a best-on-ground display. Others to play well for the Eagles were Harry Gravener, Brodie Johnson, Ethan Aurisch, Will Ross and Jonathan Boyd.

However, the main story of the day came when the under 18s football and under 17s netball matches did not go ahead.

Upon receiving word of the potential case at Korumburra Secondary College about 8.30am Saturday morning, Maffra under 18s coach Jon Dewsbury phoned club officials who then phoned Leongatha and the Gippsland League.

“I was on the phone straight away to all the kids and their parents to explain the situation,” Dewsbury said.

“I wanted to make sure everyone knew what was going on. I didn’t want to get to Leongatha and have the players find out via second-hand information.

“Whether it was a positive or negative case it didn’t matter, they needed to be aware of what was happening in Leongatha and Korumbura and I put it to the kids and the parents what their feelings were and 95 per cent of the kids and parents said ‘no’.

“It was tough and they felt horrible but it was a decision that needed to be made by the team before we left Maffra.

“I was never going to take kids to Leongatha and not make them aware of the situation and the parents were happy they were notified.

“It was no one’s fault it was late information, that’s just when it was published. Fortunately for my team we received it before we left to go to Leongatha so we had time to think about it.”

With his phone ringing wildly, Dewsbury praised his players for showing maturity beyond their years.

“I’ve got 26 kids on the list and only seven of them go to school, the other 19 kids work and they’re thinking about their colleagues, their family and their grandparents.

“They stood up and showed how big they are and can make their own decisions.

“It was a bugger that we didn’t get to play Leongatha, but at the end of the day it’s only a game and these boys stood up and they put their families first so I have to applaud them and hope the community does.

Dewsbury, who has a professional career in risk management through his work at East Sale RAAF base and local fire brigades, said the decision to pull out was not simply a refusal to travel.

“My job as a coach is to support the kids to play football,” he said.

“I was prepared to go up with 14 players and borrow some players and play but unfortunately I was only left with a few that said yes to playing.”

Maffra Football-Netball Club president John Brunt said the Eagles and Parrots worked collaboratively through the issue and ultimately did what it felt was in the best interest of public health.

“We were notified Saturday morning and had to make as good a call in the limited amount of time,” he said.

“I spent most of the time on the way to Leongatha on the phone sorting it out with the league, with Leongatha and we worked it out.

“It was put back to the kids and their parents, if they didn’t want to play the club would back them to the hilt and the outcome was our under 18s and under 17s pulled out and the other sides played.

“We’ve been on the front foot right through this and been making the right decisions and trying to protect our community because these kids feel poorly about not playing football and netball, but how bad would they feel if they brought it into their house and killed their grandparents?

“We’ve stood by what we believe and have tried to manage it as much as we can.

“We did what we thought we had to do to protect the community.”