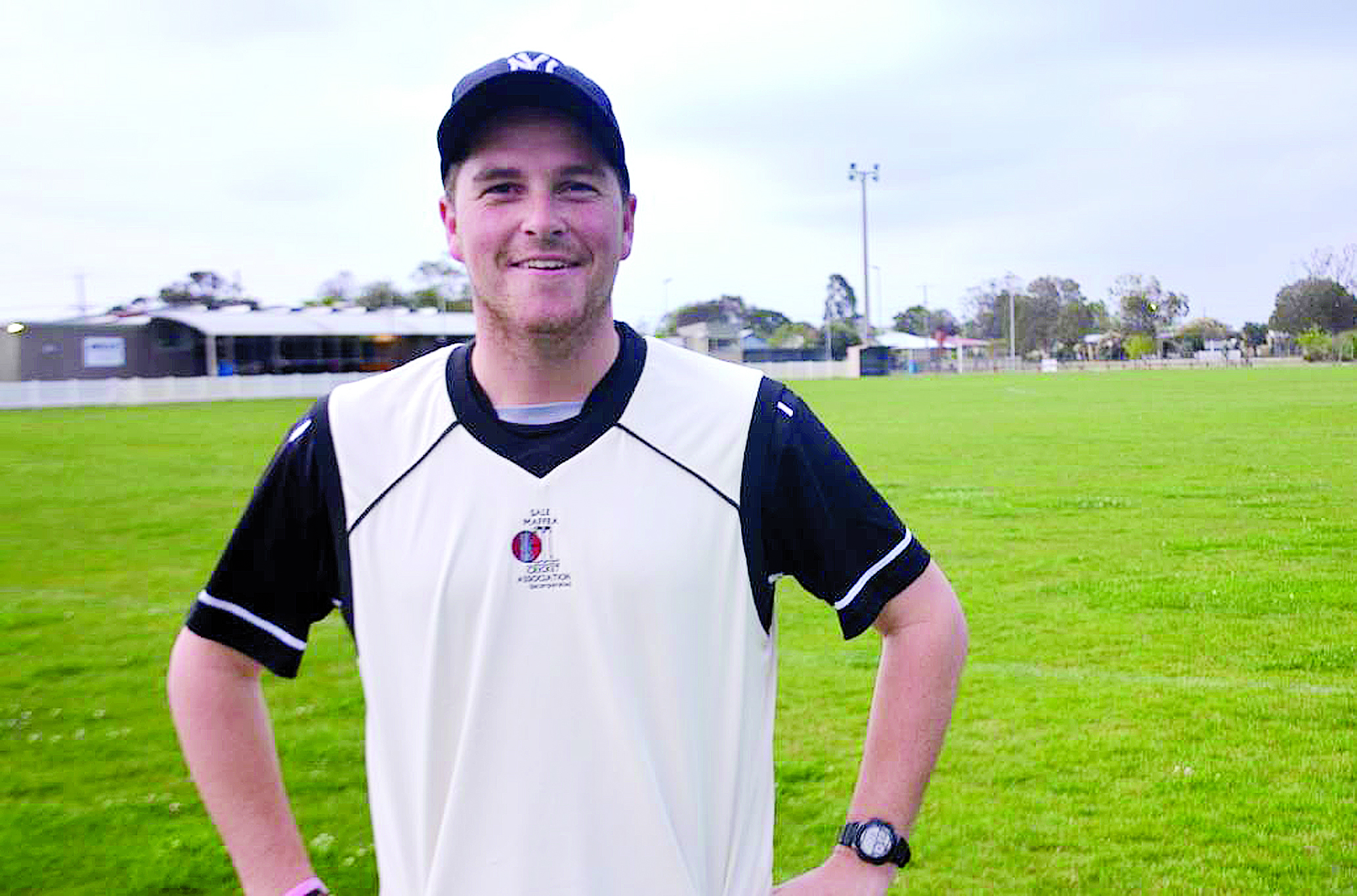 WHILE most people are currently trying to get out of Melbourne, Stratford cricketer Jack Rietschel has headed down to enter a new chapter in his career.

All going well, Rietschel will be playing for the Melbourne Cricket Club this season in Victorian Premier Cricket, in a move he hopes will reap some benefits.

After playing his entire career with the Redbacks, the all-rounder was touted by former Australian test bowler and Melbourne Cricket Club coach Adam Dale last season, and said he felt the time was right to see how he went playing at another level.

“I was speaking to Adam Dale and he got me interested at the end of last year,” Rietschel said.

“I hadn’t spoken to any premier clubs so for Melbourne to talk to me was pretty awesome.

“It will be good for myself to go down and play at a different and very prestigious club.

“I really enjoy playing at Stratford but I thought after last season with what happened with the grand final (called off due to the pandemic), now was a pretty good time to go down to Melbourne.”

Rietschel said a potential move downtown had been in the pipeline for a few years but commitments to Stratford eventually gained priority.

“After our grand final loss to College in 2016-17, Taylor (Tatterson) went to Melbourne and Cormac (Hassett) went to New Zealand so we lost a few players,” he said.

“I took over the captaincy at Stratty and tried to get a core group to stick together.”

Rietschel may still suit up for the Redbacks in season 2020-21, having indicated he will be available to play in the Sale-Maffra midweek twenty20 competition that allows cross-association participation.

Despite being one of Stratford’s best players in recent seasons, Rietschel believed his departure would not affect the on field fortunes of the Redbacks too much.

“They are still looking really strong and I think they’ll be in the top four,” he said.

“They’re my home club and I’d love for them to do well and win a grand final.”

In joining Melbourne, Rietschel will play for one of the oldest sporting clubs in Australia, and will wear the same colours as a number of former Australian test cricketers including Brad Hodge, Dean Jones and Bill Ponsford.

Rietschel will also be able to bounce some ideas off a few wellknown current MCC players, and said he was looking forward to meeting the likes of Sam Harper and Will Pucovski.

“You see them on TV and think how awesome it would be to possibly play alongside them,” he said.

With Premier Cricket designed to provide players with the best possible environment in which to improve, Rietschel should be able to focus solely on his game as he will not have to worry about rolling the wicket, bringing afternoon tea or putting the scores in.

The training workload will also be vastly different to club level, with premier cricket sessions generally going for two hours and players hands often turning blue by the end because they’ve taken so many catches.

Interestingly, a number of players from Gippsland are currently playing at Melbourne, including Wilson McGillivray from Jindivick, Josh Benson from Sale, and Cameron White from Bairnsdale.

Back at Stratford, arrangements are in place to ensure Rietschel’s absence is adequately covered.

Taylor Tatterson will captain the first grade side, and youngsters Ethan Albrecht and Noah Bennett are set to take over mowing the ground at Stratford Recreation Reserve and Pine Lodge.

In more good news, Rietschel won’t have to fork out any money for coloured pads, as Stratford and Melbourne both wear predominately red.