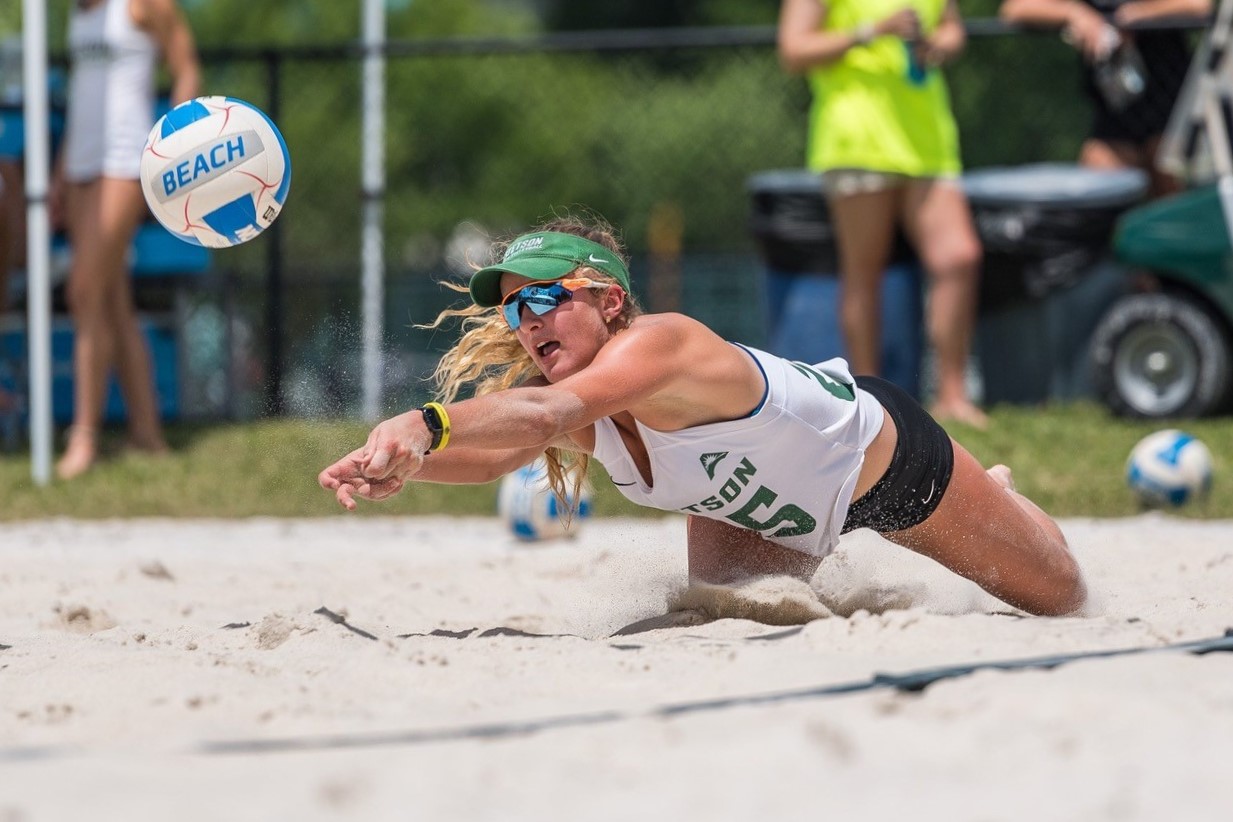 AFTER a successful 2019 season in which the Stetson beach volleyball team reached sixth in the American National Collegiate Athletic Association rankings, Maffra’s Rebecca Ingram was viewing the 2020 season with high expectations.

With the Stetson team retaining all its international players and some exciting new signings, the players and coaching staff were well prepared for competition. Then the coronavirus reared its ugly head in America, leading to all sport being abandoned and the university closed until further notice.

So with heavy hearts, the international student athletes returned home.

Ingram returned to Maffra in March and continued her health science and psychology degree online, passing her third year of study with honours.

Stetson University is in Florida, which is an epicentre of the coronavirus pandemic in America, with 15,000 cases reported daily.

Ingram has been granted permission to continue her studies online and with all going well she will graduate at the end of this semester.

The student athletes have been offered a year of eligibility to continue competing and studying at Stetson to compensate for the season of competition which was cancelled because of the pandemic.

Ingram will be able to study her masters and continue competing with Stetson in the NCAA competition.

The end of the university year in June was a blow to the Stetson beach volleyball squad, with three players graduating. Ingram’s housemates Sunniva Helland-Hansen and Katinka Muri Khan returned to Norway to pursue their careers, with Carly Perales going back to Texas.

Perales teamed with Helland-Hansen to make a formidable first pair in the beach volleyball team.

Ingram is able to continue her physical training in isolation on the family farm, while also rearing calves and assisting with the daily farming chores.

Ingram continues her contact with her Stetson teammates with a weekly Zoom meeting, often at 2am or 3am because of the time difference with the USA.

Ingram was contacted by her former Victorian coach, who organised her to train at Mordialloc or South Melbourne beaches each weekend with a triple Australian volleyball Olympian Tamsin Hinchley, professional beach volleyballer Christie Jenkins and Carrie Van Rensberg, her Junior Commonwealth beach volleyball gold medal partner. This was thrown into disarray when Melbourne returned to lockdown.

Ingram continues with a strict training schedule making use of the local gyms and beaches, however with the renewed lockdowns she has been forced to create her own home gym and volleyball court.