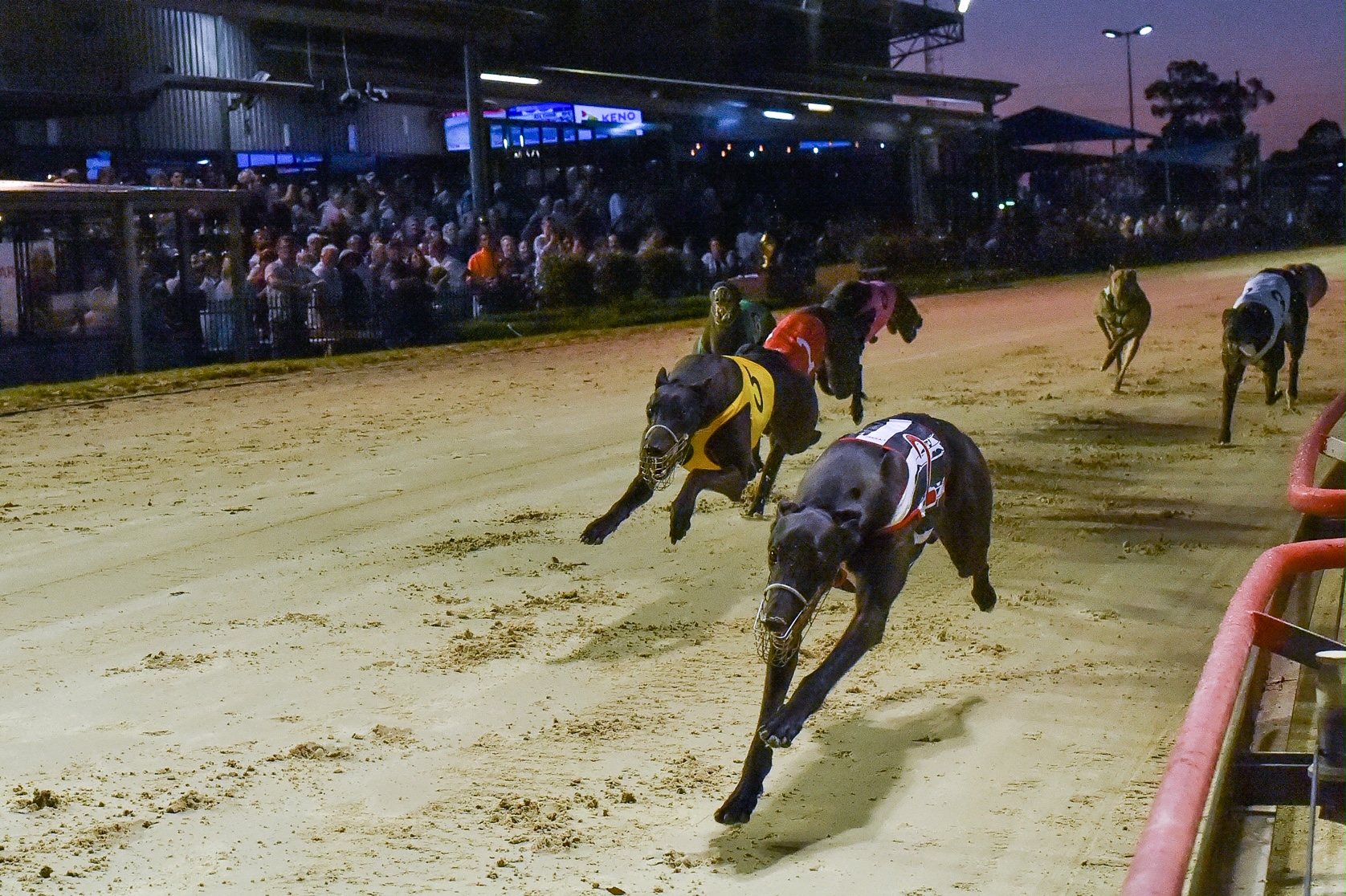 Concrete Fever claimed victory, his second from as many starts, by more than six seconds.

Also advancing to this Tuesday night’s are Citadel Of Chaos, who has now won both of his starts for Maffra trainer Des Douch, and Portelli Punk, trained by Ray Floyd at Cobains, who came second in his heat.

Victory Chase, trained by Adrian Smit at Longford, showed good speed in the home straight to win the 400m race restricted to dogs with one to three wins.

In the final race of the night, for veterans over 400m, Soda King, trained by Susan Northway at Heyfield, was slow to begin, but was quick on the inside of the home straight to win ahead of Ichiban Fairy, trained by Bev Proctor at Alberton West. What’s Up Skip finished third for Floyd.

Northway’s Slick Paws finished second in the race prior, another 460m grade five.

The 400m maiden final was won by Waipahu, trained by Steven Bruce at Buln Buln East, ahead of Jenny Kay Rose, trained by Jeff Chignell at Rosedale, and Fernando Bull, trained by Douch.

Racing at Sale on Sunday will include the finals of the 440m maiden series, 440m series restricted to dogs with one to four wins, and two 650m races, with the winner of each receiving $3020. The first of 12 races is scheduled for 5.04pm.