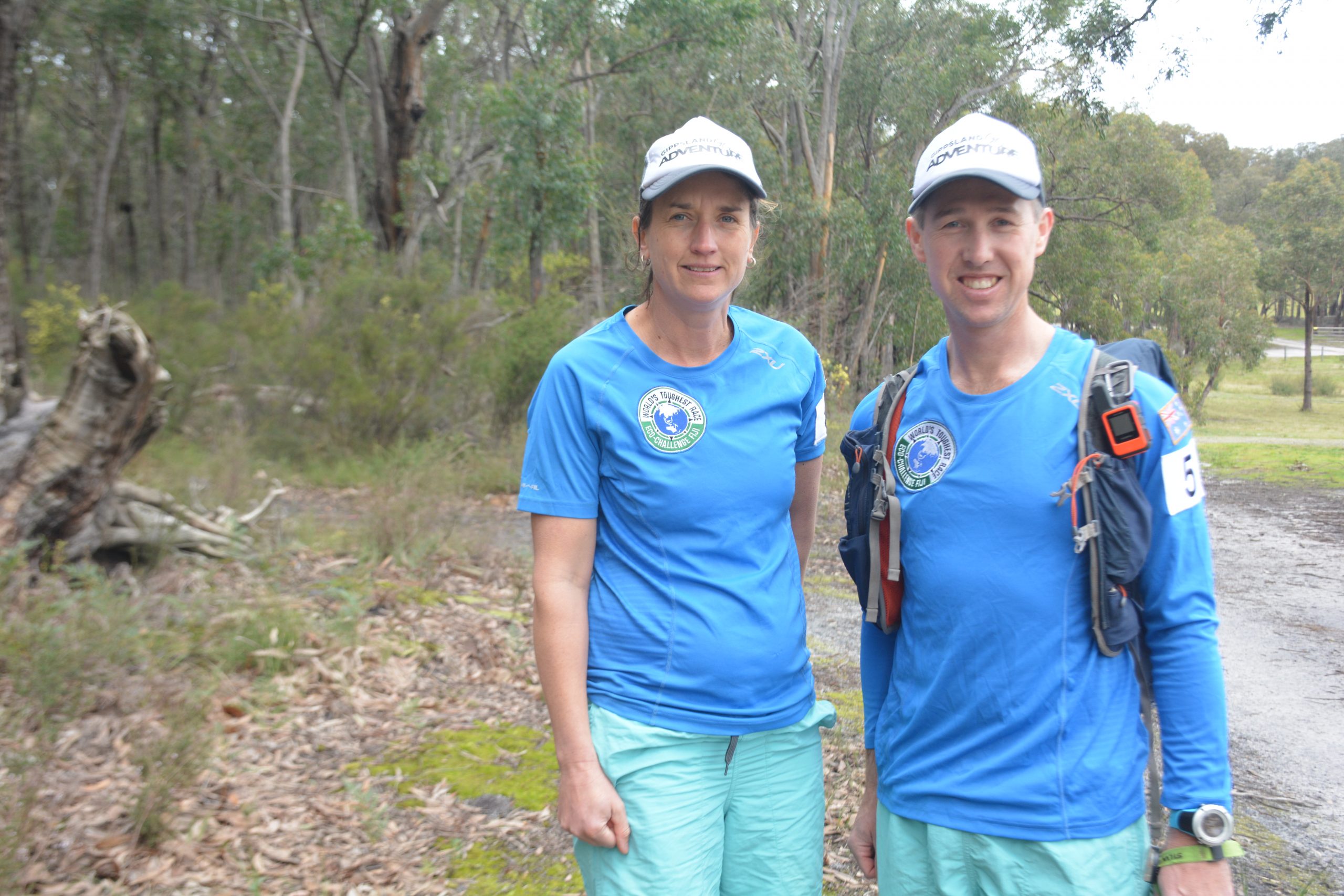 WHILE most people would associate Fiji with palm trees, beaches and coconuts, local couple Rob and Kathryn Preston explored another part of the tropical nation as competitors on a worldwide adventure racing competition.

Representing one of two teams from Australia, the Prestons, along with three other teammates, including fellow Gippslander Tim Boote, jetted off to Fiji last year to take part in the event.

Competitors have had to remain tight-lipped since taking part, as the race was filmed for a new television series streaming on Amazon Prime Video.

The show, hosted by Bear Grylls, is titled World’s Toughest Race: Eco-Challenge Fiji and has been reborn after a lengthy hiatus and gives an insight into the somewhat niche and unknown sport of adventure racing.

Adventure racing may well be the most grueling of all sports, as it encompasses an array of disciplines from navigation, mountain bike riding, kayaking and rock climbing, to name a few, as players are pushed to the absolute limits of physical and mental endurance.

The sport actually has its origin in Australia, and has been developed to showcase the landscapes of various places in the great outdoors.

At its simplest, the sport requires teams to complete a lengthy course in the shortest time possible upon been handed a map, whilst checking in at certain points along the way.

The World’s Toughest Race: Eco-Challenge Fiji set out over 600 kilometres with 11 days set aside for completion.

With an extensive career in outdoor adventure and rogaining, where they have been world champions, the Prestons decided to tackle the Bear Grylls challenge head on.

Rob said the race certainly lived up to the title of ‘world’s toughest’.

“We had a 671km course to complete with seven different disciplines, running, outrigger canoeing, rafting, stand up paddle boarding, ropes section and all including navigation in teams of four so we had to complete the course as fast as possible, and competing against teams from 30 countries around the world,” he said.

“The climate, with the heat and variety of the terrain in Fiji is what makes it difficult because you’ve got rough oceans and next time you might be mountain biking through really muddy sections because of storm and then tough white water paddling and then horrendous jungle travel as well, so it’s the combination of all those challenges that really made it the world’s toughest race.”

Adventure racing is certainly not a sport for the faint-hearted, with competitors making their way down rock crevasses, across glaziers and through dimly lit seas in order to complete courses.

While you are unlikely to find chocolate or coke among the list of foods recommended for most athletes, adventure racers often consume products high in sugar to allow them to keep their eyes open. However, as Kathryn explained, the choice to go to sleep or not was a delicate balancing act.

“You have to work out if it’s worth stopping. We averaged two hours sleep a night,” she said.

“The first couple of nights we didn’t sleep and then we just had to because it would have got too dangerous.

“You can actually push yourself to go three days without sleeping, it’s amazing how far you can go.”

The decision whether or not to seek some shuteye is the ultimate risk-verses-reward conundrum, as sleep deprivation heightens the chances of making a mistake later in the race, but going to bed could mean opponents are out gaining vital distance.

In order to complete adventure racing courses efficiently, Rob believed the ability to think on your feet was paramount.

“The teams that do really well are the ones that recover from their mistakes quickly,” he said.

“No one has a perfect race, you can’t for seven days, so the difference between an inexperienced team and a quality team is that the best racers can just make smaller mistakes and move on quicker and they don’t let it faze them mentally as much.”

As well as the race itself, Rob said it was great to be able to visit a number of Fijian villages along the way.

“Some of the best parts of the race was the engagement with the local communities, the villages really are close knit, some of them still don’t have roads going to them,” he said.

“They are just the most friendly people. They loved everyone coming through their villages and it was just a couple days party for them as teams would come through.”

While sceptics always question the authenticity of reality television shows, Rob guaranteed that “none of it was scripted” in World’s Toughest Race: Eco-Challenge Fiji.

The show had a budget of $40 million and spared no expense as helicopters, body cameras, and go pros were used to capture hours of footage.

Rob said he was looking forward to tuning in to see how his team appeared on screen, and also praised the role of one of the worlds most wellknown adventurers, Bear Grylls, who his team was able to meet a couple of times on and off camera.

“He’s definitely going to bring a great coverage to the sport. He’s got a huge following and he’s a real showman but also very genuine,” Rob said.

“It’s great the things he’s done with Scouts and promoting physical activity and not just selling a few shows on TV.

“Hopefully the sport gets some recognition out of it and inspires the next generation of outdoors people to give it a go.”

Adventure racing also offers a great metaphor to everyday life, with components such as teamwork, strong communication and staying calm in a crisis all prevalent.

“We’ve been thrown big challenges now and it’s quite similar to the race really in that we didn’t know the full course when we started,” Rob said.

Moving forward, Rob and Kathryn hope to give adventure racing a higher profile in Gippsland.

where you live all throughout Gippsland,” Rob said.

“We think it’s the perfect playground to go out and train for adventure racing and go out and see what’s in your backyard.

“For us we’ve got a pretty busy life with two kids and are just everyday people that aspire to big challenges and I think it’s great to show what we can achieve without being professional athletes, that’s the pleasing thing for us.”