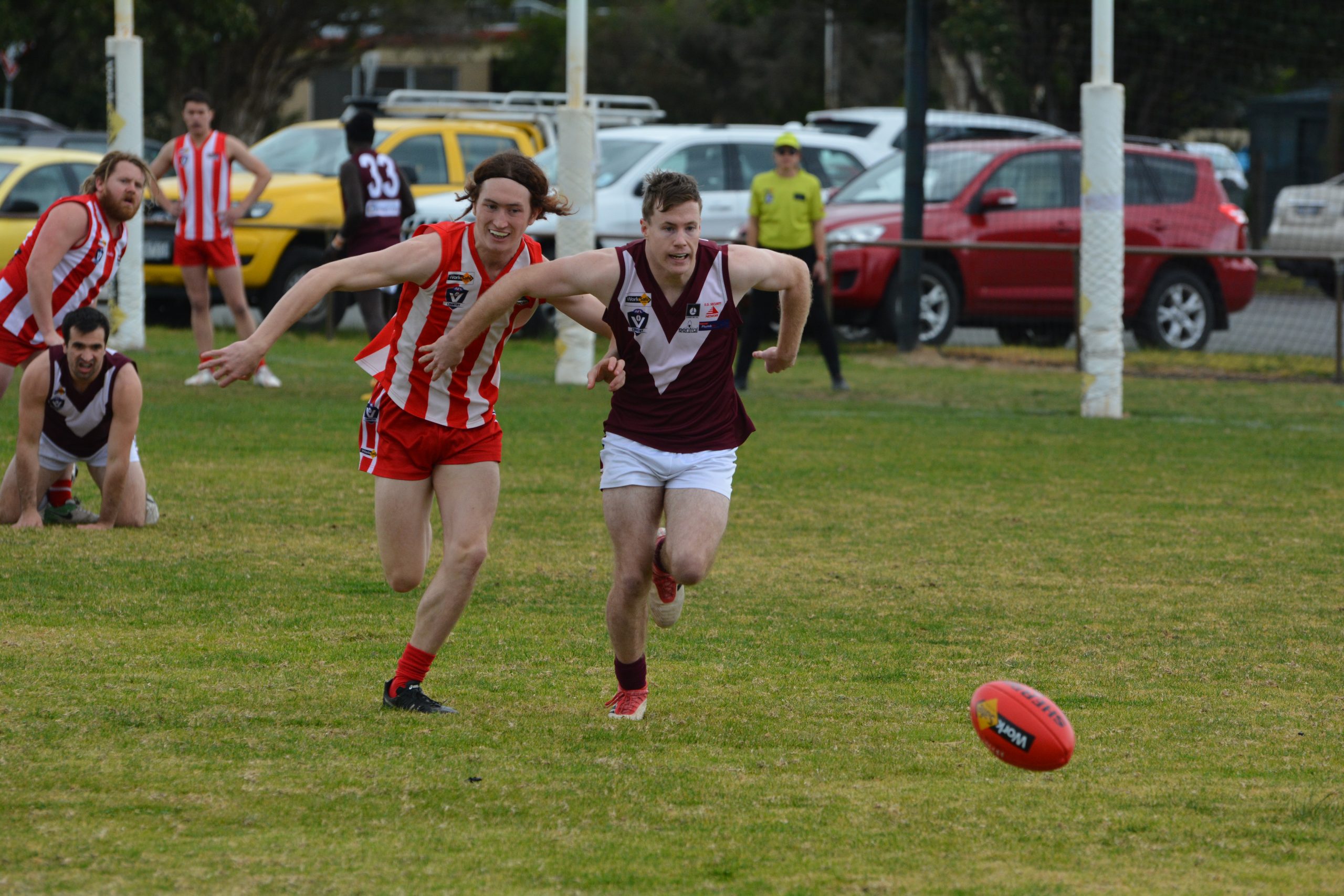 ORDINARILY at this time of year, the North Gippsland Football-Netball League finals would begin on Saturday, while the finals of the Gippsland and East Gippsland finals would have been on the horizon.

The season would be continuing on for at least another week for half of the competition’s teams that qualified.

For those who know their season will head into September, there is the attraction of fanaticising about what could be on the horizon. For those that miss out, they will live to fight another day – but will have to wait six months in order to do so.

THE minor premier will be sitting back feeling cautiously optimistic with 15 wins tucked away, although it will also subconsciously know that it’s home-and-away record will count for nothing if it makes a fool of itself during the finals.

The team that knows it is going to finish the regular season on top of the ladder will have been keeping a close eye on its nearest challenger and will also be looking to manage its players wisely given it has earned the week off.

It will be using the final round as a dress rehearsal, but will also want to ensure complacency does not creep in and the weeks break does not halt any momentum.

TEAMS in a position with a finals spot sown up will be resting easy knowing they are safe, but will also be gunning to either protect their position in the top three, or force its way in if it is ranked four to five and still a mathematical possibility of earning a double chance.

If a team with a finals spot sown up is playing a fellow finalist in round 18, it will want to secure victory for its own confidence more than anything.

However, teams that know they are playing finals have been known to take it easy in round 18, and have lured other finalist into a false sense of security in the process.

Conversely, if a team headed for finals is up against a team that is going to miss out, it could well use the round 18 fixture as a chance to fine tune.

The team that knows it is going to miss out could also be motivated to disrupt the final ladder arrangement, and maybe make life easier for another team it has better feelings for.

Whilst having a soft run into the post regular season action can be harmful, by the same token you do not want to take losing form into a finals series.

OUTSIDE of a final, there can surely be no greater build up to a match than one involving a team that needs to win the last home-and-away round to make finals.

Players and coaches in this situation have no doubt looked at the fixture weeks in advance and known all along it was going to come down to a final round showdown.

Teams generally find themselves in this situation because they have either dropped a game they shouldn’t have earlier in the year or their percentage has suffered because of the weather between June and July not allowing for higher scores to be registered.

Unlike those who have their position secure, players from the team needing to win the last game of the season to play finals will be leaving everything out on the ground. There will be no preserving for next week, unless of course the game is put beyond reasonable doubt just after half-time.

For those that are successful in winning the last game of the year to qualify, the outlook for September can often be one of optimism because the teams has played at a ‘finals-like intensity’ a week before anyone else.

Those higher up the ladder may also suddenly be fearful of the unknown quantity of a team that has made a late run to snatch a finals spot.

TRAINING numbers would have surely picked up in recent weeks for the team that has a remote chance of making finals if the cards fall their way.

As calculators come out to crunch the numbers, players will still be somewhat motivated to see the regular season right to the end.

Those in the team that needs to win and rely on other results will be looking to secure victory in its own game as quickly as possible and will also be barracking hard for an upset at another venue.

If things appear to be going to plan, the runner could be activated more often to relay scores from other gamest to tell players how many goals they need to get through on percentage.

Given that it is extremely rare for a team to win round 18 and potentially have as many as three other games go their way, players would take some solace from the fact it was always going to take a minor miracle for everything to fall into place if they are eventually unsuccessful.

That being said it would be the ultimate hollow victory to be singing the song after round 18 in the knowledge that the win made no real difference in the end.

MORE than likely the ladder position sums up the season for the teams that finishes around mid-table.

There has probably been the upset win that people still reference four weeks after it happened, as well as checkpoint victories against teams it is expected to beat.

After round 18 they are going to end the season with something like a six-win, 12-loss record. Of those 12 losses, four will be hammerings against the top two sides, four will be competitive performances up to half-time before being blown off the park against the other finalists, while the remaining four losses will be games that could have gone either way.

The teams that finish seventh or eighth in a 10-team competition are arguably the most scrutinised, as people question why they aren’t performing as well as perhaps they should.

Heading into round 18, these teams don’t have a hell of a lot to gain, and the temptation could be for players to sneak forward to add some consolation goals to their season tally, or to get some cheeky votes for the best-and-fairest count.

THESE poor teams have gone through the season from hell and just want to get it over with.

They will be playing round 18 purely for pride and whatever enjoyment they can squeeze out of it.

The round 18 team will probably feature a sprinkling of under 18 kids as the senior players who might be carrying niggles park the bus for the season.

For the teams that battle week to week, they would have spent the season looking for any small mercies they could get and any win would have been celebrated like a finals victory.

Funnily enough the teams that struggle on field often compensate for this by having the most amount of fun off it, and player unity can often be at its strongest amongst players that have gone through tough times together.

For these teams round 18 could just as easily be seen as a precursor to Mad Monday, which has probably been planned weeks in advance.

Once round 18 is done the talk in the next few days at post season get togethers will be all about how “next year will be different”, without actually getting into any details about what different actually entails.