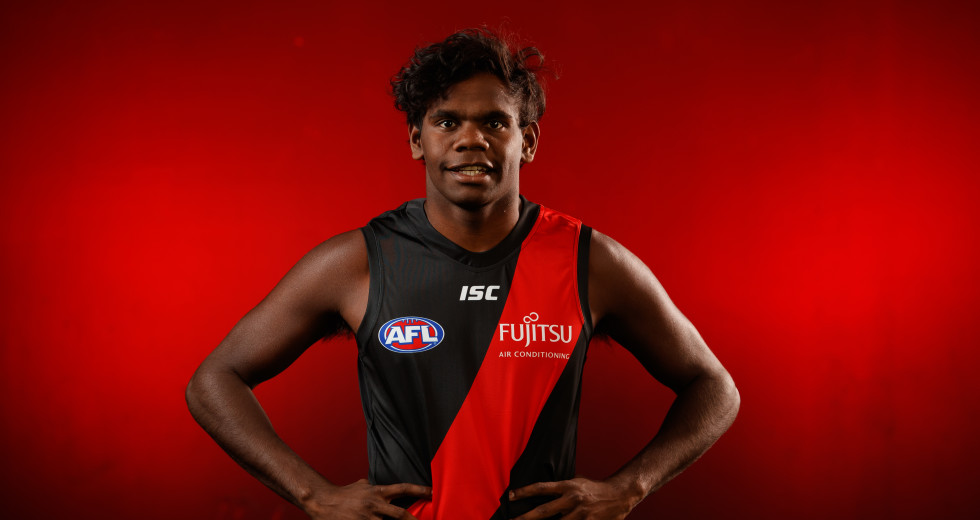 Mosquito kicked the opening goal of the “Dreamtime in Darwin” match, which the Bombers lost to reigning premier Richmond by 12 points.

Originally from Halls Creek in northern Western Australia, Mosquito was recruited by Essendon from Gippsland Power while living in Briagolong. He also played junior football for Stratford and Maffra.

In the 2018 AFL draft, the Bombers selected Mosquito at pick 38, with Hawthorn, which had the rights to him under the Next Generation Academy system, opting not to match the bid.

A celebration of Indigenous culture, the “Dreamtime at the ‘G” match between Essendon and Richmond was this year played in Darwin because of COVID-19 restrictions. With Melbourne in lockdown, most AFL clubs have been based in Queensland this season.

Mosquito said it was special to make his debut during Indigenous Round.

“It felt amazing, I thought I was just home,” he told the Bombers’ website.

A hamstring injury prevented the 19-year-old from making his AFL debut last year.

Bombers coach John Worsfold said Mosquito had earned his chance to shine on the big stage.

“This is a pun, but he brings a real buzz around the place,” Worsfold told the club website.

“He’s worked really hard. Since he’s been up here, some of his games in our match ‘sim’ have been electrifying. He deserves his opportunity.”

While Mosquito has been used across half-back at times in Essendon’s scratch matches, Worsfold expected him to play in attack.

“He’s obviously very quick around the ball and has really good closing speed, so he puts pressure on defenders,” he said.

“He takes the ball cleanly, he’s a beautiful left-foot kick and he has very good hands on the lead, so it’s going to be exciting just to see him around the footy.”