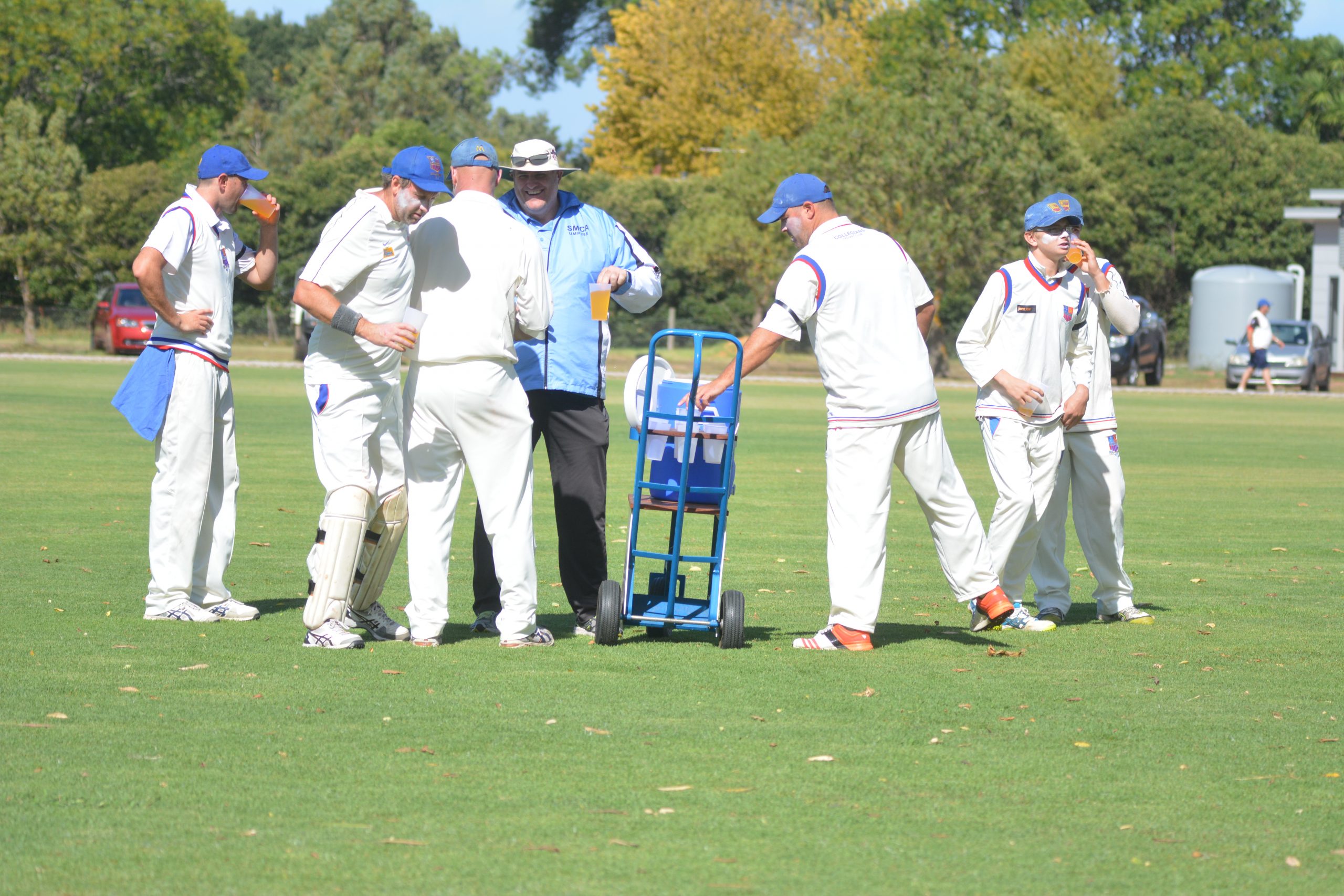 WITH the cricket season approaching, players from across the Sale-Maffra area will no doubt be looking forward to whiting up once again.

To the uninhibited, cricket can appear to be a confusing game played out by eccentrics in long trousers who stand out in the sun for six hours, but to millions of devotees worldwide, it is the ultimate battle of wits, cunning and attrition.

The game itself throws up a host of peculiarities – it takes an inordinate long time to play, often with no guarantee that there will actually be a winner.

You can play the same game in scorching heat one day and then driving rain the next. A bowler can bowl their best spell and take 0-20, and then bowl an average spell and finish with three wickets.

A batsman can be caught off a blinder for naught and then spend the rest of the day watching as someone else gets dropped four times on their way to 80.

These things and a host of others contribute to the unique appeal of club cricket, so much so that one could argue park cricketers get more value from the game than say, Virat Kohli does.

Kohli will never derive as much satisfaction from executing a perfect cover drive as a park cricketer does – because Kohli does it continuously day after day, whereas for the park cricketer, there remains the thrill element of having waited all week for the chance to get out in the middle.

At club level, there are also many idiosyncrasies that occupy the make-up of the game.

Here are a few things you are likely to experience either playing or watching a game of park cricket this season:

CLUB reputations can be made or destroyed on the quality of the afternoon tea.

As the mid-afternoon tea interval approaches and cricketers become peckish, there can be nothing more demoralising than walking into the clubrooms and seeing a below-average spread.

The cricket afternoon tea is the ideal sporting diet – ideal for watching sport on television that is, and is usually made up of party pies, sausage rolls, sandwiches, fruit, cake and slice.

Some clubs are fortunate to have dedicated volunteers who take great pride in showcasing their catering skills during afternoon tea, while in the majority of cases, each player from the home team is assigned a food product each.

Many young players have kept their spot in a first grade team because their mothers provide scrumptious afternoon teas.

In being good hosts, it is seen as polite to allow the visiting team to have the first helping to the afternoon tea banquet.

UNLIKE football where players take in water or sports drinks at quarter time breaks, cricketers consume a much more hydrating beverage – cordial.

As well as having enough time to drink two cups of cordial, the drinks break must also be long enough for players to change from a baggy to wide-brim hat, or to puff down at least one cigarette.

The drinks break is usually held every 20 overs and is seen as a mystical destination that the batting team must calmly get to with wickets in hand.

On the flipside, the bowling team will look to rush as many overs as it can before drinks in the hope of stealing a wicket on the eve of a break. Spin is usually activated the over before drinks, and the batting team generally eliminates any risk in facing the final six balls.

ONE of the greatest challenges in park cricket is when players from the batting team have to stand in the central umpiring position and at square leg to officiate the game.

That being said, the majority of players take a common sense approach when there is no official umpire, and do not go down the path of excessive appealing or claiming 50-50 catches have carried.

The tendency when umpiring yourself is to show a fair amount of leniency to your own team, however, the danger is that this will lead to blatant cheating.

Generally if there is no official umpire players are encouraged to walk. This helps to defuse any potential issues with the opposition and does not put people standing in as the umpire under pressure to give their own teammate out.

Additionally, on the leg before wicket law, club umpires will more than likely only give it out if it is absolutely plumb.

A major problem that can arise from umpiring yourself is that the strength of the batting order is compromised if there is young players in the team, as it is generally seen as appropriate to only have adults out in the middle officiating.

When there is only one official umpire, they will take on central duty at both ends, while the batting team will provide someone at square leg.

The person at square leg will often hold a water bottle to offer to the batsman, and the fielding team if they ask nicely, and will usually stand at the post for 10 overs before changing.

AS a show of good will, upon arrival at the wicket the captain of the batting team receives a round of applause from the fielding team.

The captain of the fielding team will generally say “opposition captain boys” as the batsman prepares to face their first ball.

The skippers salute is seen more-so in lower grades and is generally implemented on a ‘if they did it for us’ basis.

In lower grade cricket there are also a number of unwritten rules that fall under the sportsmanship banner. In most circumstances, anyone that is listed to bat one to seven is considered capable of holding their own, however if it is clear a young batsman down the order is not going to score, then the bowling team will refrain from sending down any bouncers or having their quickest bowlers operating.

A similar concept applies to batting, and fully fledged adults should not shamelessly whack kids around the ground, but rather turn the strike over.

In first grade cricket and senior finals however this custom goes out the window and anyone that is playing is fair game.

UNLESS a club has a designated scorer, generally batsman listed to come in at numbers 10 and 11 are ‘on the book’.

The scorers must keep an up to date and legible record of the game as things progress, and also be able to juggle manually entering scores and operating the scoreboard.

Given there is something aesthetically pleasing about a well-kept scorebook, those granted this task have a responsibility to make sure it is completed in a neat manner.

The fielding team will often be called upon to assist the scorers, either by signaling if a boundary was four or six, or by responding to the call of “bowlers name?” from the sidelines.

In another quirk, a cricket game will often be played long after it is clear one team has already won just to “make sure the books add up”.

Fair be warned to the scorers who present a botched scorebook when the captain and umpires get together at the end of the game and discover the bowling adds up to 170 and the batting to 190.

IF rain drops, cricket stops – most of the time.

Once the covers are called for the batting and fielding teams frantically drag the tarps from the sidelines onto the square and then peg them down using either the one hammer available or the heel of their shoes.

Seeking shelter inside, players will then look for any boredom cures to pass the time as the message comes back from the umpires to “have another look at 3pm”, even though the square is underwater.

Boredom cures can involve playing cards, watching the races or playing miniature versions of cricket in the change rooms.

Rain has both saved and robbed many cricket teams over the years, and has also backfired spectacularly for others who have played the rain card on a Friday night, only to wake up Saturday morning to see clear blue skies.

AFTER the days play, all teams at the club will get together and go through their respective scorebooks to relive what has happened that afternoon.

The captain or a player from each team will present a verbal match report and point out any highlights, lowlights or humourous instances.

After the match report the person at the club who is the designated fines master will go through and issue lighthearted fines for various indiscretions.

Common fines include: if a fielder drops a catch, a batsman makes a duck or a bowler is hit for six.

In keeping with the jovial nature of fines, even players who have performed on the day are not exempt. A player who has scored a century may still be fined for ‘not giving anyone else a go’.

On a particularly bad day the whole team could also be fined, for things such as losing outright or getting bowled out in a session.

The money accumulated from fines during the season usually goes toward the end of season night or trip away.

IF every team at the club wins on a Saturday, the club president will open the bar for a period of time or shout every player a drink.

To ensure the club doesn’t hand out too many freebies, the club must field a minimum of three senior teams for the president’s shout rule to exist.