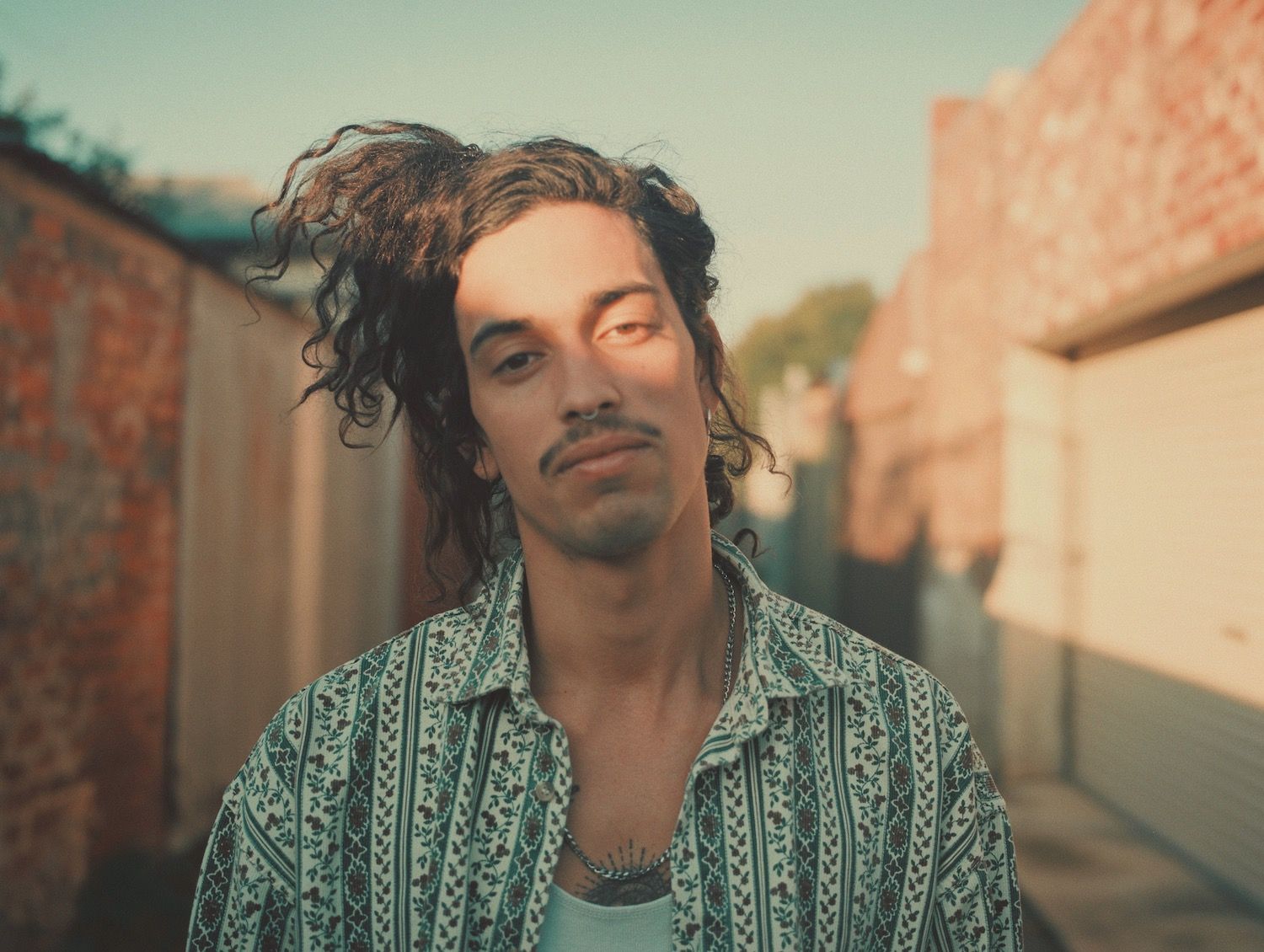 FORMER Sale footballer Josh Cashman is kicking goals – even though he hasn’t played a game for five years.

Having captained Gippsland Power and spent some time in the VFL, a possible AFL career was shelved in 2015 when the lure of becoming a professional musician eventually won out.

Since then, the 25-year-old has worked hard honing his craft, and is now living the life supporting the likes of Tash Sultana, Ocean Alley and John Butler Trio.

Now barely recognisable from his football days, Josh has enjoyed some radio airplay on Triple J with the release of his single Twenty Five, from his debut album set to be released in a fortnight.

After deciding to head down the music path, Josh said he had well and truly left the football life behind.

“I don’t really follow footy a lot anymore. Football’s not in the picture at all – it’s just all music right now,” he said.

“As a youngster I always thought that football would be my forte.

“I feel like I was always destined to do football, it was always a hobby, but when I moved up to Melbourne, originally to play in the VFL, I just started putting a bit more time into music and it naturally evolved into what is now my full time career.”

While footballers and musicians aren’t often mention in the same breath, Josh found early success in both fields during his formative years in Sale.

With guitar in hand, Josh performed in local record shops as a 15-year-old, and also won Battle of the Bands at his school, Catholic College Sale.

His football also blossomed, with the sport his main priority during his teenage years.

“Growing up in Sale was great, I made a lot of my best mates and am still best mates with a lot of them and I still get to see my family and friends when I go back home,” Josh said.

“Growing up music was just kind of there, something that I really enjoyed doing and footy was something I was a bit more passionate about as a kid.

“But as life went on a little bit music became more of that passion and that’s why I followed through with it, I think I was better at music than I ever was at football and I’m glad that I’m doing music now for sure.”

Thanks to his parents’ taste in music, Josh had a solid grounding in classic rock from artists such as Pink Floyd, Fleetwood Mac, Tom Petty and AC/DC, which all contributed in shaping his current sound.

When asked to describe his music, Josh believed his style fell under the alternative soft harmonies banner.

“I’d say my music is indie-folk-rock, in that pretty chilled territory,” he said.

“I can’t imagine my music offending too many people, it’s pretty easy listening.”

“I loved my Gippy Power days, they’re memories I’ll always have forever. That was a massive highlight of my younger years, being able to captain the regional team was cool.”

After then moving to Melbourne to play with Williamstown in the VFL, Josh said the ambition for music meant he had to make the decision to leave football behind.

“At the time that’s all I knew, that’s all I was ever working towards, this massive football career and it wasn’t until I was 18 and moved out of home and you start learning about life, how to pay bills, how to pay rent, getting a real job out in the real world,” he said.

Funnily enough, one of Josh’s first gigs as a musician came thanks to Gippsland Power teammate and Sale boy Will Hams, who was playing for Essendon at the time.

“I was playing at a few open mic nights and friends parties and that lead onto one of my mates Hamsy, who got drafted to Essendon, got me to play at the Essendon Mad Monday one year,” he said.

“Then I released a song in 2014, and after that some people started coming to nights and I got offered some paid shows at places like The Espy, it was more of a word of mouth thing that evolved to signing for a booking agency who then got me a bunch of work and then introduced me to a lot of other artists.

“I guess a domino-effect kind of happened from there to releasing quite an adequate amount of music and just learning a lot along the way.

“I feel like things really started to look like this is probably what I’m going to do when I got an international support to go over to USA and support Tash Sultana.

“At the start I was a little bit star struck thinking, ‘wow I can’t believe I’m supporting this person’, or ‘this person is sending me messages on Instagram’, but as time goes on you realise they’re also just other artists doing their own thing and so am I.

“After you meet them you kind of realise you’re like-minded in a way trying to achieve the same thing.

“It was from there that I felt ‘hang on I’m going over to another country to tour and perform my songs in front of crowds’.

“I loved every feeling I had doing those shows, hearing people singing songs that I’ve made is a pretty cool feeling.”

In the last few years, Josh has sold out shows in Melbourne and has also performed at festivals around Australia.

As Josh explained though, it has certainly been no bed of rosses or pleasure cruise.

“I’ve been in and out of different day jobs helping fund it all. You spend a lot more than you earn unfortunately but that’s just the way the cookie crumbles,” he said.

For any aspiring Gippsland musicians hoping to go down a similar path, Josh encouraged all involved to keep producing as much work as they could.

“They’re so much talent in Gippsland, a lot of musicians that I went to school with are musicians now,” he said.

“There is so much amazing talent that comes out of our area it’s been really nice to see a lot of bands stick at it.”

With the AFL national draft looming, Josh’s story may serve as a case in point that it’s not the end of the world if your name doesn’t attract the attention of professional clubs.

“Pretty much from 15 onwards it was just footy, footy, footy. That’s all I thought I was ever going to do,” he said.

“Now I’m 25 and a full time musician. It just goes to show so much can change for a lot of people, I’ve got a lot of mates who got drafted who are in completely different fields of work now.

“What you associate yourself with is what you’re put into.

“Footy for me was what I was circulated into, now I feel the exact same way about a completely different career.

“What I learnt was that there was a lot more to life than just football. I was lucky to have music as my main passion and my career at the moment.”

All going well, Josh will follow in the footsteps of another former VFL footballer turned musician, Vance Joy.