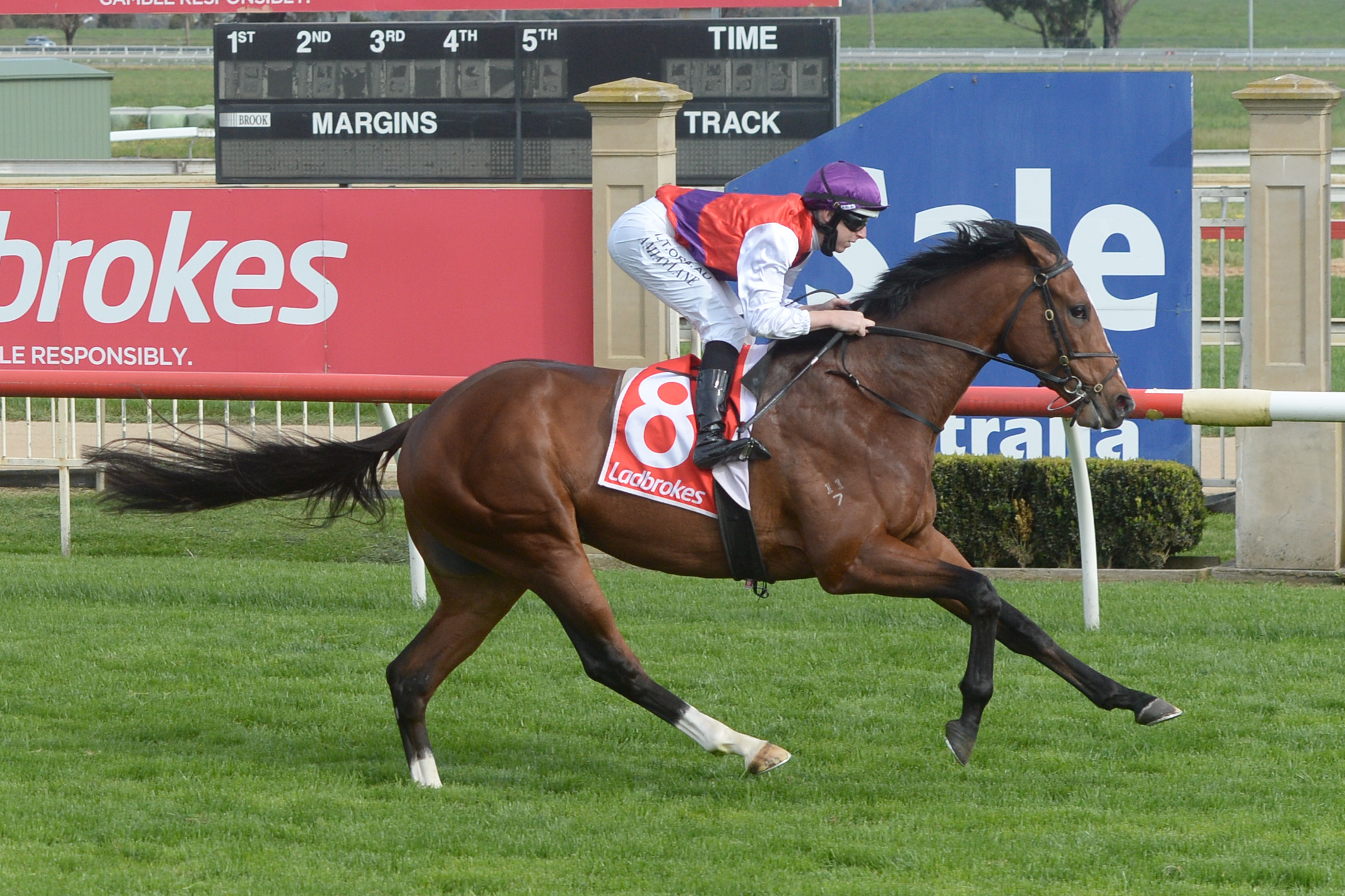 AIN’TNODEELDUN is on track for a run in the Victoria Derby after winning at Sale on Thursday.

Ridden by Damian Lane, Ain’tnodeeldun settled midfield and when surging in the home straight, never looked beaten as the favourite won by five lengths from Perennial. In third place was Willetts.

“We brought last year’s Derby winner (Warning) to this race last year and he couldn’t get the job done, but this guy (Ain’tnodeeldun) is on a similar path,” Freedman Racing’s racing manager Brad Taylor told Racing.com.

“He’s always been a colt that’s shown us a really good amount of ability and it’s good to see him get the maiden out of the way. It’s a big relief to see them come out and do that.”

It was the second consecutive winner for McNeil, who rode Wegobam to victory in race two, the 1006m maiden plate.

With second and third placings in his first two races, the three-year-old gelding, trained by Leon and Troy Corstens, was mid-field at the top of the straight, but found a way through to win by half a head from a fast-finishing Trumphouse. Ms Minnelli came third.

The first of Lane’s two winners came in the opening race, the three-year-old fillies maiden plate over 1206m, on Sahara Song, trained by Mathew Ellerton and Simon Zahra at Flemington. In her fifth start, the favourite won by half a length from Jeehaan, with Madam Bolli third.

Race four, the 1415m maiden plate, was won by Miss Inbetween, trained by Michael Mehegan at Mornington and ridden by William Pike.

The three-year-old filly, coming off back-to-back second placings, finished three-quarters of a length ahead of Unchain My Bike, after the pair battled for victory down the straight. In third place was Puxi.

Tell Me Again, trained by Phillips Stokes at Pakenham and ridden by Luke Nolen, won race six, the benchmark 64 handicap over 1615m.

The three-year-old colt, coming off a three-week break following a win at Benalla, won by a neck with a well-timed run. Raise ‘Em Up finished second and Imperial Dawn third.

On a day when six of the nine races was won by the favourite, the highest-priced winner came in race seven, the fillies and mares benchmark 70 handicap over 1732m. Six-year-old mare Hunboshi, a $10.50 chance trained by Luke Oliver and ridden by Ben Allen, won by a length from Prophecies, with Just Like Mum third.

A Pinch Of Luck, trained by Matt Laurie at Mornington and ridden by Ethan Brown, won race eight, the 1415m class one handicap. The three-year-old filly claimed a second win from as many starts by a head from New Choice, with Tyche Goddess finishing third.

In race nine, the 2226m benchmark 64 handicap, the Zoffala was well-back at the top of the straight, but jockey Luke Currie rode him home down the outside to win by two lengths.

The four-year-old gelding, trained by Tony and Calvin McEvoy, was coming off a second placing at Oakbank in Adelaide. In second place was Miss Five Hundred, trained by Peter Gelagotis at Moe, with So It Is third.

I’m Here Too, trained by Ian Hutchins at Sale, led much of the race and had a chance in the straight, but was out-classed at the end, finishing sixth.

The next meeting at Greenwattle will be Sale Cup day, Sunday, October 25.