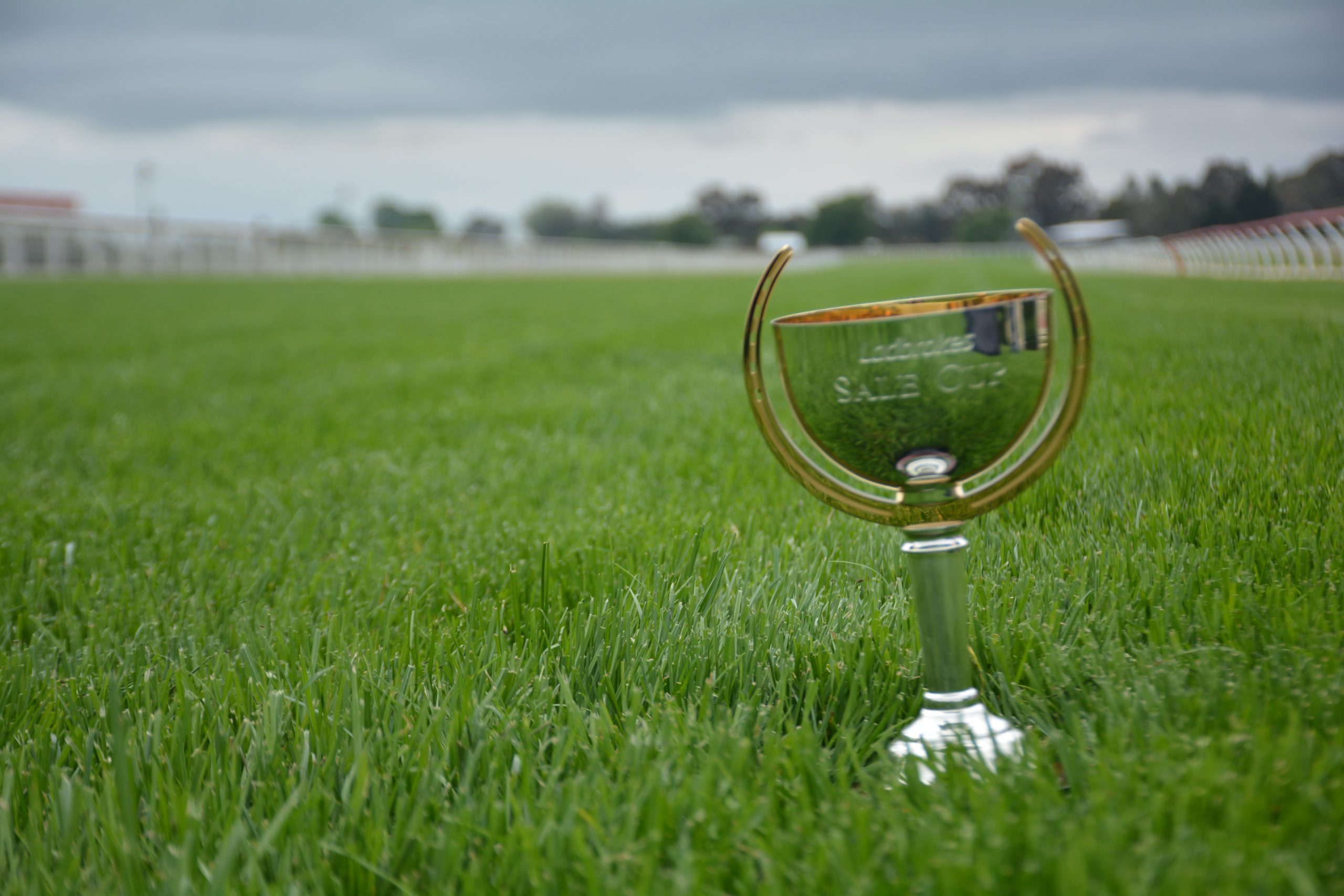 All set for the Sale Cup

A QUALITY field is set to contest the 2020 Sale Cup on Sunday.

The Greenwattle track was rated “good four” on Friday, but could be could softened if predicted rain falls.

Favourite for the main event – race seven at 3.55pm – is likely to be the James Cummings-trained Phasitos, to be ridden by Caulfield Cup-winning jockey Mark Zahra. The five-year-old gelding finished second in the Weekend Hustler at Caufield a fortnight ago, and is a good chance to go one better.

Top weight Riddle Me That won the Paris Lane Stakes (1400m) at Flemington at the start of the month, and appears suited to the cup distance.

All Too Huiying is coming off a win in the 1600m Seymour Cup on Sunday.

Irish import Kenya, trained by Anthony and Sam Freedman, finished 10th at Flemington in his only race since arriving in Australia. The six-year-old gelding is bound to improve from that result in June, having won and placed second in Ireland over the mile.

Among the chances in the final race, a heat of the Melbourne Cup Carnival Country Series over 1400m, Campese won at Bendigo earlier this month over the distance.

In four starts on softer tracks since returning from a month’s break, High Excalebration has a win, two seconds and a third.

Another worth a look is Merchant Of Venice, who is coming off a third on soft footing at Hamilton.

The first of nine races on the day is scheduled for 12.30pm, the three-year-old maiden plate over 1400m.

Shelby Cobra didn’t have much luck in finishing fourth in his debut run, but punters are keen to give the gelding another try, especially with Zahra in the saddle.

Sly Corner showed promise in finishing second in his debut at Echuca a fortnight ago.

Another worthy of consideration is Austrata, from the Chris Waller stable and to be ridden by Damian Lane, who resumes after an 18-week spell.

In race three, the 1100m maiden plate, All Price has finished fourth in three of her four starts, Hasseltoff had a hat-trick of second placings during his previous preparation, while Lindhout will debut after a big win in a Cranbourne jump-out.

Meteorite, trained by Tony and Calvin McEvoy, won at benchmark 64 race at Moonee Valley at the beginning of the month, and will contest race four, the VRC Grand Handicap ballot exempt race over 1000m. Punters looking at local horses should consider High Risk, trained at Bundalaguah by Sharyn Trolove, who is back after an eight-week break, having won at Sandown during her previous campaign.

Another Waller runner, Bacchus, hasn’t been far off a win, and will appreciate the step back in class for race five, the 1600m benchmark 65 handicap. Baglioni began this preparation by winning a 1400m maiden at Cranbourne, while Raise ‘Em Up returns to Sale, where he placed second during last month’s meeting.

For race six, 2200m benchmark 64 handicap, Mainland has won in two of his previous three starts, while Wonderful Day, a winner at Moe last start, is stepping up in class.

Hazard Ahead, trained at Moe by Darryl Blackshaw, is coming off wins at Bairnsdale and Echuca over similar distances, and looks good each-way value.

Indernile finished second over 1200m at Moonee Valley last start, and is a good chance to go one better in race eight, the benchmark 70 handicap over 1200m.

Lunakorn, from the Freedman stable, finished 12th last start after a 19-week spell, but should be better for the run. The mare had a hat-trick of wins in March and April.

Grand Scholar should be a contender in her second run following a spell.