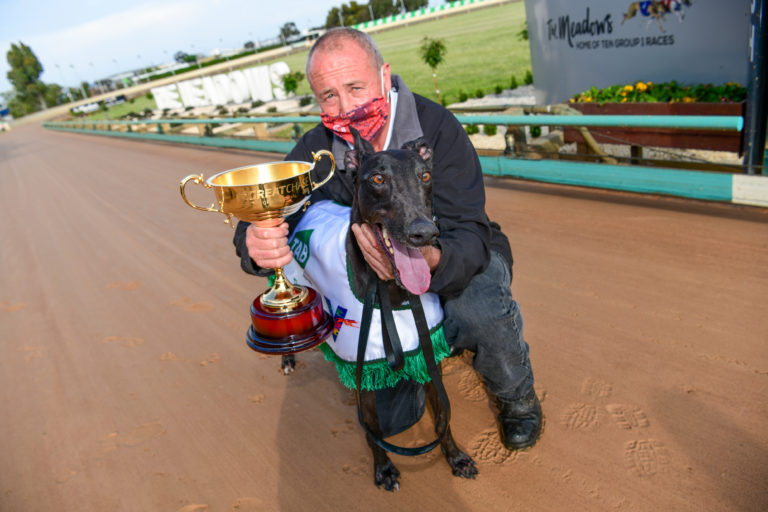 LOCALLY-TRAINED greyhounds filled the trifecta in the group three Great Chase final at The Meadows in Melbourne on Wednesday.

Dr Tucker led all the way, claiming a fifth consecutive victory – and its eighth victory from 11 starts. The dog has a liking for The Meadows, having won six of his seven races there.

Earlier in the program, Demolition, trained by Smith, won a 600m mixed grade four and five.

Tribal, trained by Kaylah Thorburn at Gormandale, won a 400m mixed grade six and seven, ahead of Throw Caution, trained by Lyn Smith.