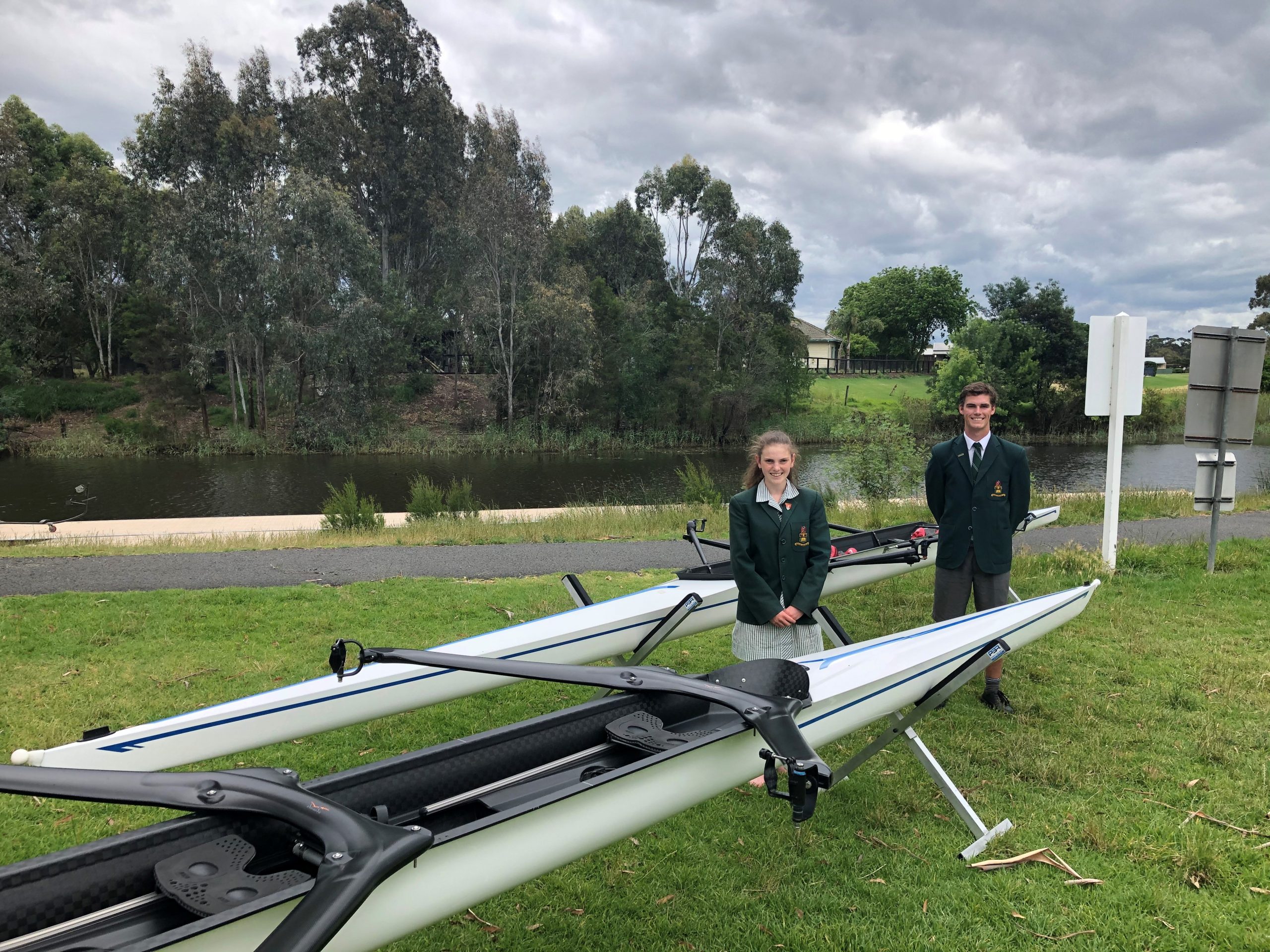 GIPPSLAND Grammar has taken delivery of two Italian boats as its rowers prepare to defend titles at Head Race Championships of Australia at the Melbourne Head Regatta this weekend.

Gippsland Grammar is the reigning boys’ double champion and hopes another good performance on the water this weekend will retain the title.

The Filippi double sculls, built in Italy, will be utilised by senior boys and girls.

The school’s 2020-21 rowing captains Malia Wheal and Tom Condron, who have both been rowing since Year 7, welcomed the additions to the fleet, saying they were excited about the new boats.

Gippsland Grammar, with the support of its parent-driven McColl Club, has managed to add four boats to its fleet this year.

Gippsland Grammar is the only school east of Melbourne offering rowing as an extra-curricular activity.

Students travel all over the state to events and are striving to compete at national titles, early next year.