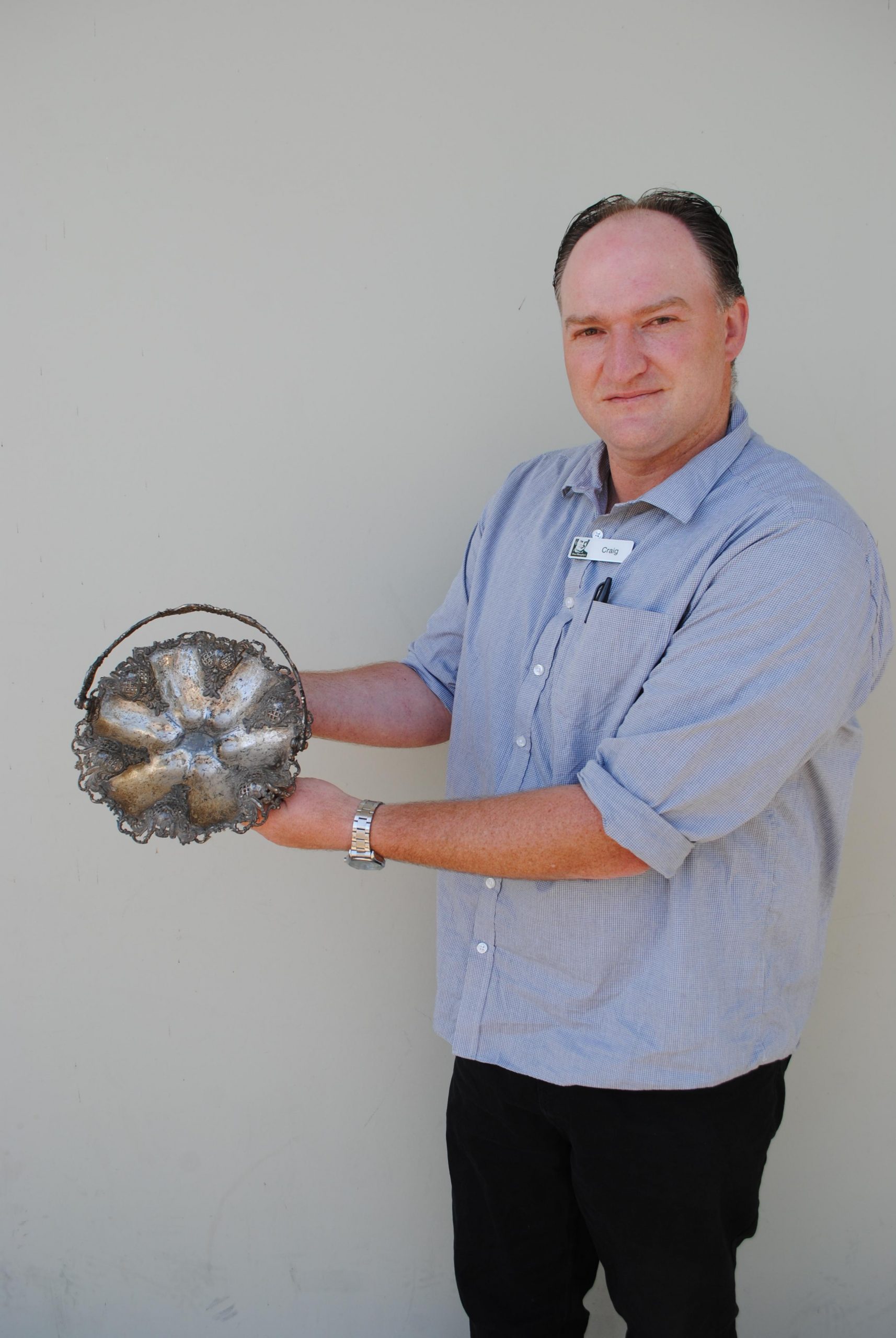 IT is unlikely anybody would think a Leongatha op shop would be the place to stumble across a rare piece of Sale-Maffra Cricket Association history.

With most items fetching for a couple of bucks, those at the Leongatha op shop surely had no idea they had a rare piece of cricket memorabilia in their hands.

Casting an eye over a strange-looking antique from 1899 with the name ‘R. Sillett’ and ‘Sale CC’ engraved, Youl could hardly believe his luck.

With more than 120 years of history in his hands, Mr Youl undertook to get the trophy into the possession of SMCA president Craig Young, who was understandably gob-smacked at the discovery.

“It was an exciting text message to get and receiving it is great,” he said.

“This is a great find – it’s not the kind of thing that pops up nowadays.”

The trophy is in remarkable condition for its vintage, and also has the words “highest score” inscribed, as well as a working handle, perhaps indicating it was given to the winner as a fruit bowl.

Young said the SMCA would look to restoring the trophy as best it could to be put on permanent display.

“We’ll try and get it cleaned up and hopefully we’ll get it in the cabinet at Sporting Legends which have most of the Sale-Maffra memorabilia in there and everyone can appreciate it,” he said.

“It is the oldest trophy I’m aware of, certainly the best one we’ve got our hands on and in the best condition.

“I’m really glad it’s made its way back to the Sale-Maffra Cricket Association. It’s going to be a great part of our history.”

The R in R. Sillett is in fact Robert Sillett, a prominent educator of the late 19th century.

Sillett came to Sale in 1884, having bought the Gippsland College, a private secondary school for boys – there being no government secondary schools in Sale at that time.

When he purchased the college it was doing poorly, but Sillett turned it around in less than six months.

It was the only school in Sale to give boys the chance of matriculating and going onto university.

This continued until the Sale Agricultural High School was established in 1907, the first government funded secondary school in Gippsland.

Sillett married Marion Login, the daughter of William Spence Login, who was the first Presbyterian Minister in Sale, and they had four children.

On February 22, 1900, he scored 95 playing for Sale ‘A’ against Maffra ‘A’ in a competition known as the Pearson Pennant. It is almost a certainty this is the innings that won him the recently-rediscovered trophy.

Before coming to Sale, Sillett was also one of the first captains of the Melbourne Football Club, leading the Demons in the first season of the Victorian Football Association (a forerunner to the VFL) in 1878.

The Sillett name lives on in Sale, with Sillett Lane running alongside the IGA carpark and intersecting with Macarthur and York Sts.