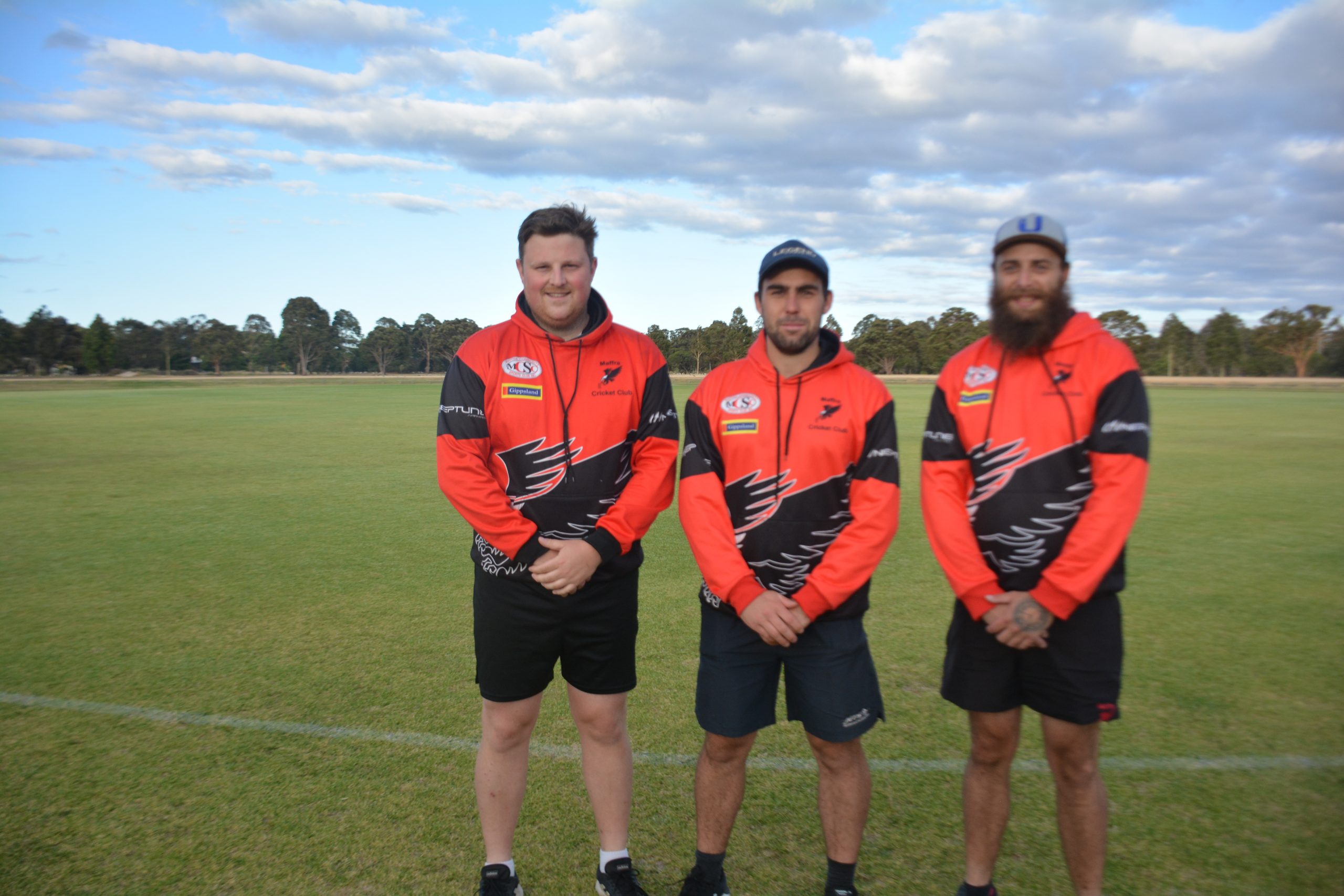 MAFFRA will go into the Christmas break one game clear in Sale-Maffra cricket.

Having won six of seven games, the Eagles have proven their worth as ladder leaders.

Maffra has already won as many games this season compared to last, and has been successful in turning a number of close losses in 2019-20 into wins this time around.

Captain Josh Davis believed a stronger emphasis on fielding had been a key factor in the team’s rise.

“Our fielding has really improved and you can see in our performances,” he said.

Training standards at Cameron Sporting Complex have also ramped up, and a ‘one-in, all-in’ approach has been adopted. For every wide bowled at training – the whole team is required to run a lap.

Davis also said a major difference this season was having players such as Daniel Bedggood and Michell Bennett available to play first grade every week, which had helped form a core nucleus of senior players.

“We’ve had a similar team for the last couple of years, so we’re bonding a bit together now,” he said.

Bedggood has been a vital cog at the top of the order with the bat, and has already scored more than 250 runs for the season. His recent 60-ball century against Collegians was rated by Davis as one of the best innings he has seen in his time at Maffra.

“It’s up there, probably level with Lee Hopkins a couple of years ago against College when we chased down 300,” Davis said.

“It was a great innings and amazing to see him hit the ball so well.

“He’s just a freak of nature.”

Some younger players in the lineup have also impressed, with Zac Kearns now one of the team’s go-to men with the ball.

“He’s come on in the last couple of years and is taking wickets, which is really good,” Davis said.

“It’s good to see the development in a couple of younger kids like Zacky, Zac Durrant and Cooper Bailey.”

As well as this, Maffra still has loyal veterans who are playing well, most notably in the form of Brett Lanigan and Nathan Magnuson – who is one of the competition’s leading wicket takers.

“The old fossil we like to call him [Magnuson], he’s just crafty and knows how to take wickets,” Davis said.

Davis and Hopkins have been working in tandem as captain and coach respectively, and will be looking to stay on top of the ladder when the season recommences next year.

With this checkpoint ticked off, Maffra would have to be happy with how the season is progressing. However Davis said the team was under no illusions, especially after a belting in the final round before the break against Boisdale-Briagolong.

“We know how quickly things can turn around,” he said.

“It’s silly to say, but we are taking it one game at a time and hopefully we can string a few more wins together and aim for finals.”