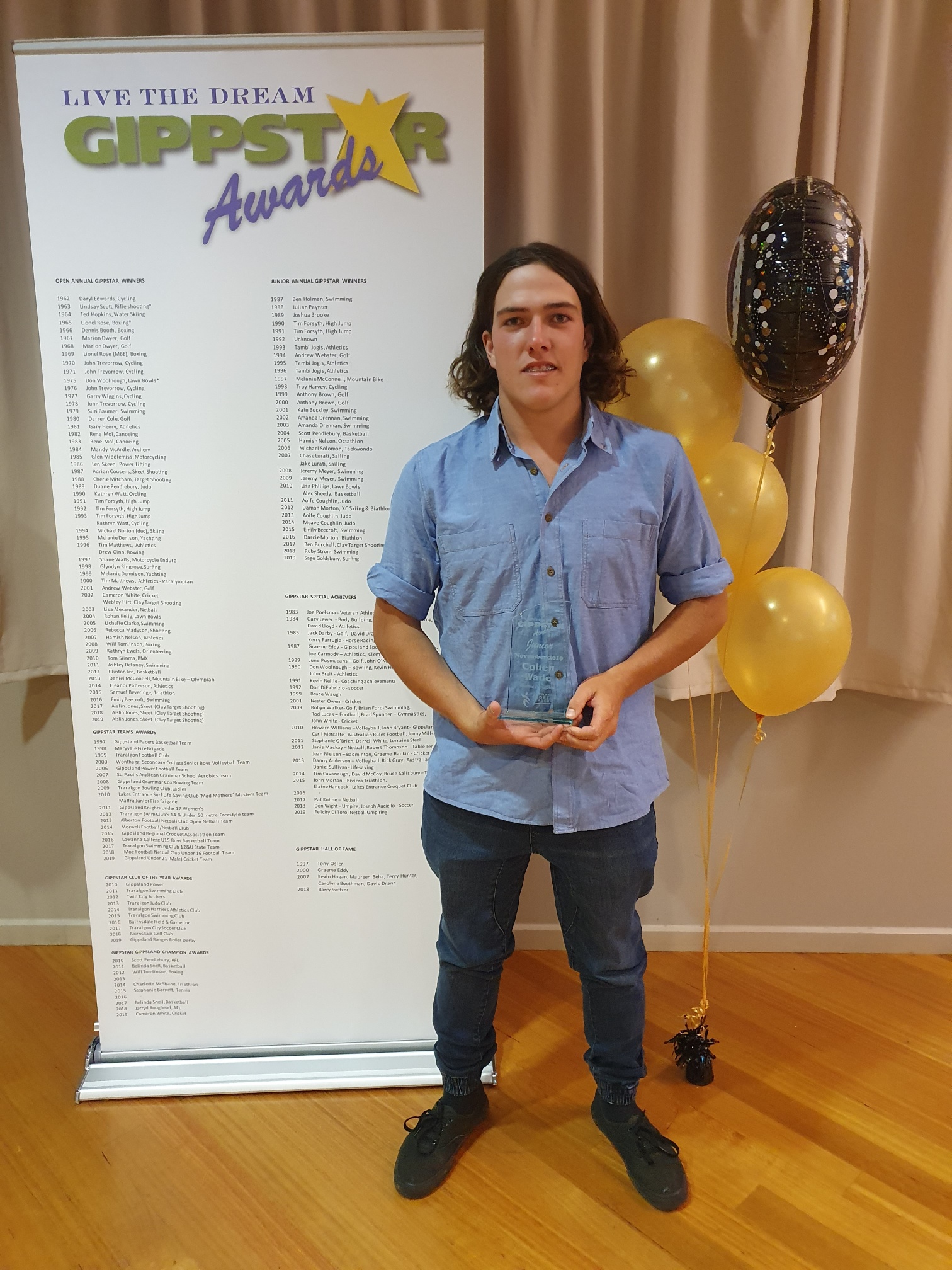 THE 60th annual Gippstar Awards were held recently in Morwell.

The awards have a long and proud history, recognising high level sporting achievement by talented Gippslanders across a variety of sports.

The monthly open and junior winners from July last year to June this year received their awards.

The overall winner for the junior award was Stratford modern pentathlete Cohen Wade, while Morwell rower Alex Vuillermin was the overall open winner.

The Lindenow South Football-Netball Club received two awards, named club of the year, with its A grade netball team named team of the year.

Graham Laird from Leongatha received the special achiever award for his service to football and cricket umpiring.

Morwell cricketer Peter Siddle, who has gone on to represent Australia, was honoured as the Gippstar Gippsland Champion, while Darrell White was inducted into the Gippstar Hall of Fame.