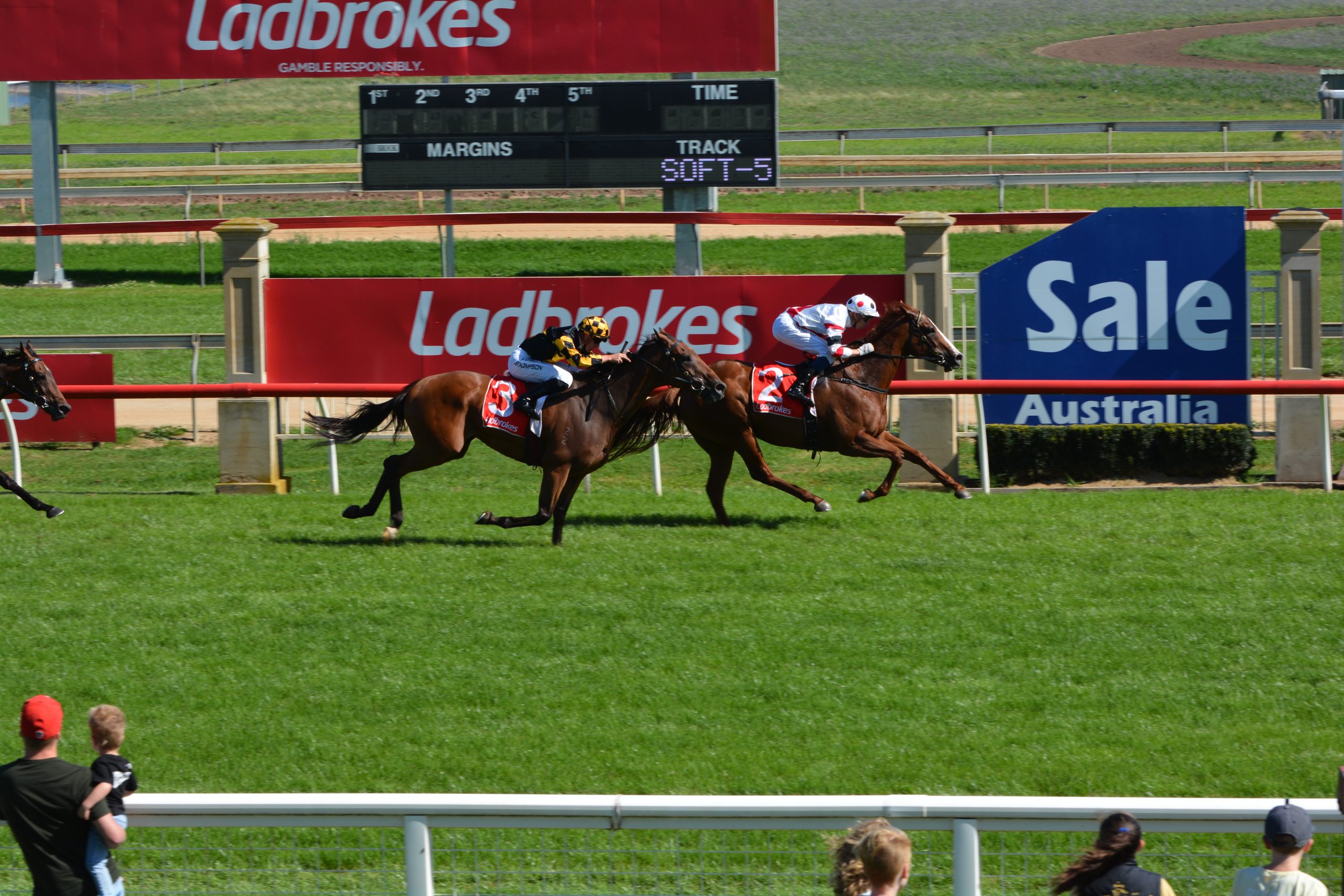 THE $60,000 Sale Quality will be the highlight of Sunday’s horse race meeting at Greenwattle Racecourse.

With the track rated “soft five” on Friday morning and some rain predicted to fall on Friday and Saturday, conditions could favour horses who prefer the softer going.

Designer Chef returns after an eight-week break. The five-year-old gelding’s previous preparation ended with two wins and a second placing over the Quality distance, and will be among the favourites.

Shotmaker had a good preparation, including two wins over 1300m, before being spelled for 18 weeks.

Vegas Knight had a good patch of form in September and October, including a win at Caulfield over 2000m.

Open Minded, from the Freedman stable, won a 1200m race at Caulfield this month. The four-year-old gelding has four wins from nine starts.

The Freedmans will also have Wilmot Pass, who has won twice on soft tracks.

Local interest will be on Queen Annabel, trained at Sale by Rebecca Kelly and ridden by Kate Walters. The seven-year-old mare finished second last start at Moonee Valley this month.

The first of nine races will be at 12.50pm, a maiden plate over 1717m. The race includes four horses who have been close to breaking their maiden status, having finished in the first three in their previous starts – Mitchells Falls, Extra Extra, Yulong Shout and locally-trained Starspangled Baby.

Exceed and Excel colt Oxley Road, trained by Peter Moody and ridden by Luke Nolen, is a clear favourite on debut in race two, the 1100m maiden plate.

In race three, the 1400m maiden plate, I Am Beautiful was third last start at Pakenham over 1200m, finishing well over the final 200m, while Legal Zou is coming off a second placing in a 1209m race at Yarra Valley.

Perfect World, from the Freedman stable, had a hat-trick of second placings in her previous preparation, and will return from an 18-week spell for race four, the 1200m fillies and mares maiden plate. Also entered in the race is Ol’Dollor, who has a second placing from her two race starts.

Returning from a 37-week spell in race five, the 1200m fillies and mares benchmark 64 handicap, Teramia won at Geelong over 1112m on a soft five track last year.

Finishing 15th last start at Flemington, Zacouver will step back in class, having won a $40,000 race at Sandown on a heavy track last year.

In race six, the 1100m benchmark 58 handicap, Tacoola Diva likes the softer tracks, with her only career win coming on it in September, while Riverdance Lad had a win, second placing at Stony Creek and a third at Moe in his previous preparation.

Jimenez had a win and second placing over 1400m to end his previous campaign, and will begin a new one in race eight, the 1400m benchmark 64 handicap, along with Hillcrest Moses, who won over 1212m at Benalla this month.

In race nine, the 1600m benchmark 58 handicap, Real Thinker is coming off back-to-back wins at Stony Creek and Geelong this month.

Kiptanui won’t mind this standard, having placed second in his past two runs, and after luck-less runs in the city, Cabinho has the chance to return to the form which saw him win at Seymour last year.