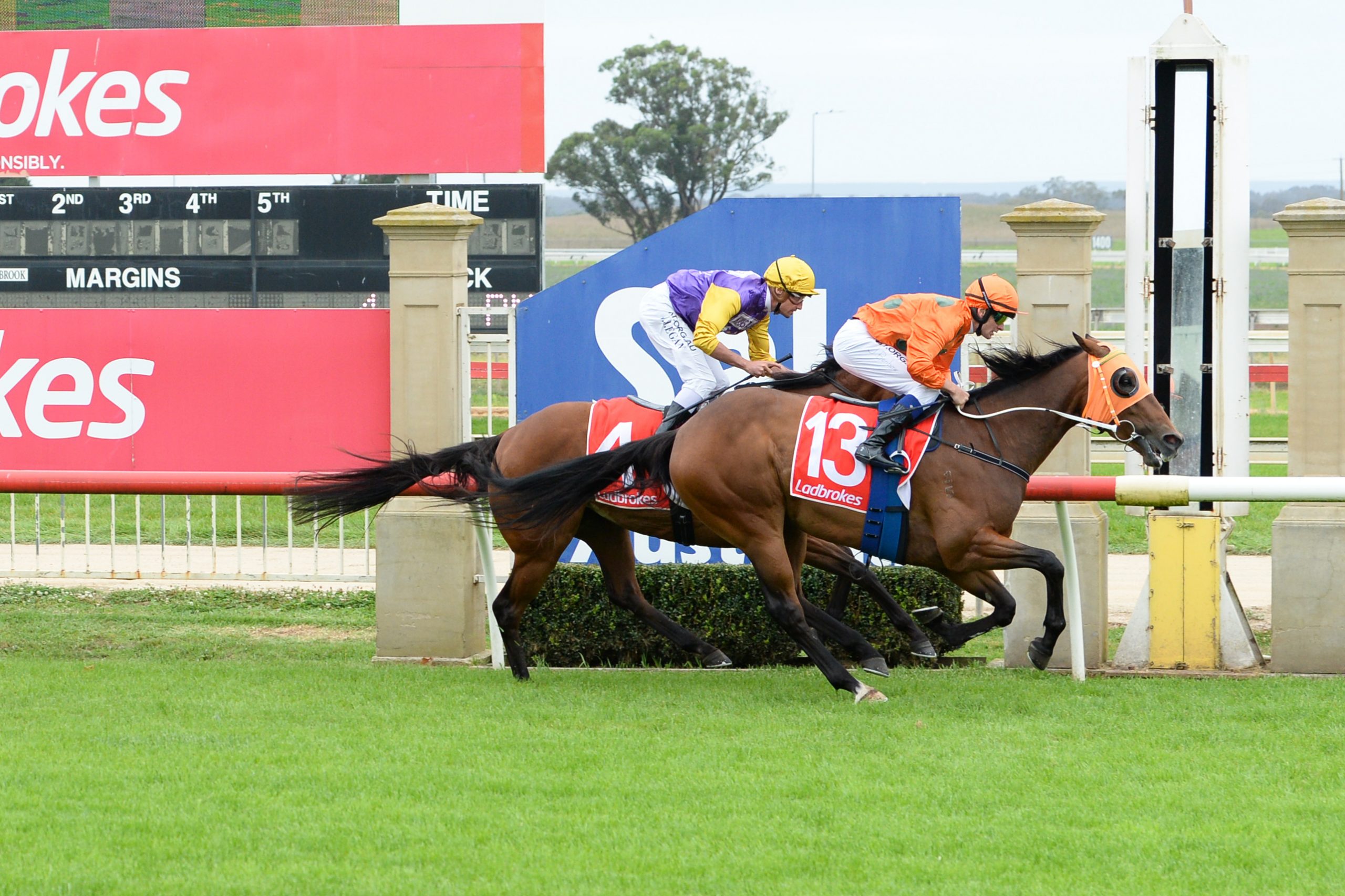 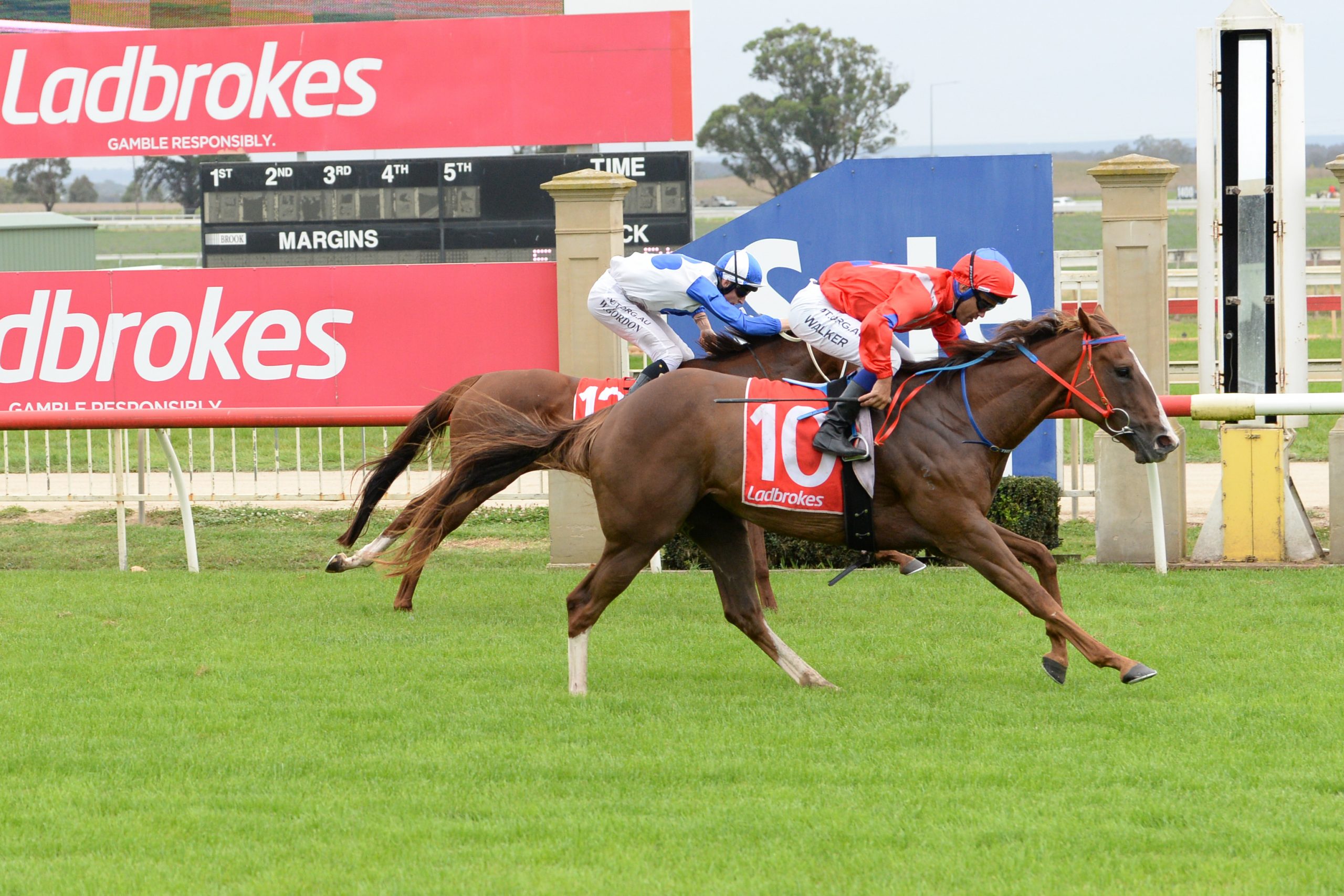 The shock came in race seven, the 1100m benchmark 58 handicap, which was won by 150-1 longshot I’m Cheeky for Bill Wood.

The five-year-old gelding, ridden by Jason Benbow, went to the lead out of the gate, and was challenged by Kingstar Amber in the home straight before the local found an extra gear to win by almost half a length.

It was I’m Cheeky’s third win from 25 starts, and Wood’s seventh win as a trainer.

With Michael Walker in the saddle, the five-year-old mare raced down the middle of the straight to beat inside runner Tiny Hussy, trained by Sharyn Trolove at Bundalaguah and ridden by Will Gordon, by three quarters of length.

Wells also had two other horses place in the first three on the day.

The race for victory appeared to be between Achaeus and Chloe’s Day, but the fast-finishing Manning Road, trained by Rachel Cunningham at Pakenham and ridden by Michael Poy, won by two lengths.

It was the seven-year-old mare’s sixth win from 52 starts, and first since March 2019.

Praise The Power, ridden by Matt Allen, finished third in the day’s opening race, a maiden plate over 2200m, for Wells.

The race was won by Paris Pike, trained by Greg Eurell at Cranbourne and ridden by Dylan Dunn. The four-year-old gelding was last out of the gates, but stayed in touch with the field, before jogging around to the lead on the bend and going on to win by eight lengths from Doom Start, trained at Bairnsdale by Jackson Pallot.

Race six, the 2200m benchmark 58 handicap, was won by four-year-old mare Fintona Queen, trained by Ken and Kim Keys at Cranbourne and ridden by Ben Allen, by a neck from Ally’s Reward, trained at Sale by Allan Douch and ridden by Beau Mertens.

The pair raced on the outside of the field, and only took the lead late ahead of Black Beau Tie.

The Greenwattle track was rated “soft five” after overnight rain.

Poy’s first win of the day came in race two, the 1100m two-year-old maiden plate, on board Cadboll, trained by Ciaron Maher and David Eustace. The colt passed Tramontana at the post to win by a nose.

Race three, the 1200m three-year-old fillies maiden plate, was won by Meltdown, trained by Phillip Stokes at Pakenham and ridden by Luke Nolen, on her return from a 21-week spell.

The next meeting at Greenwattle will be on Friday, February 26.