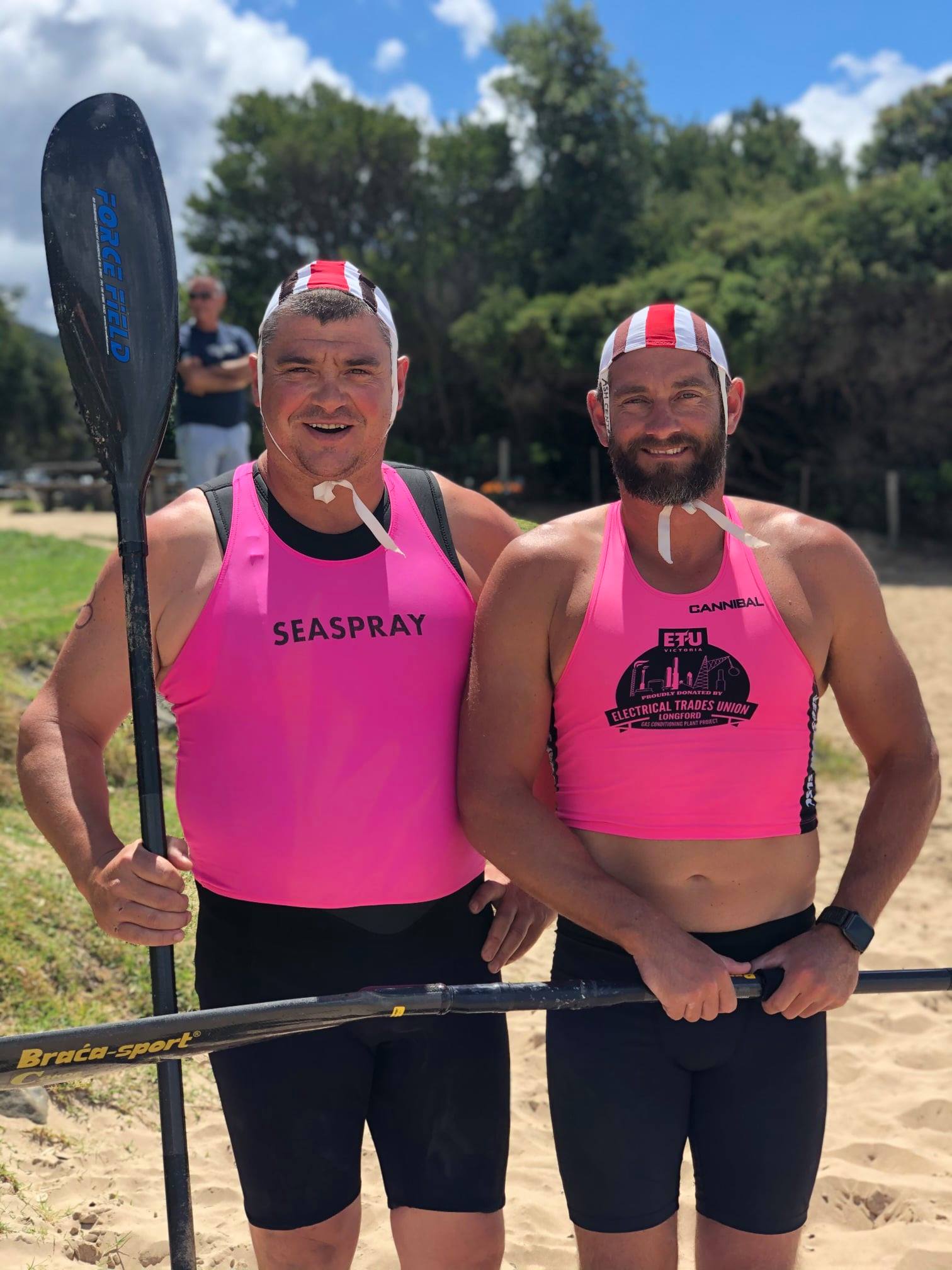 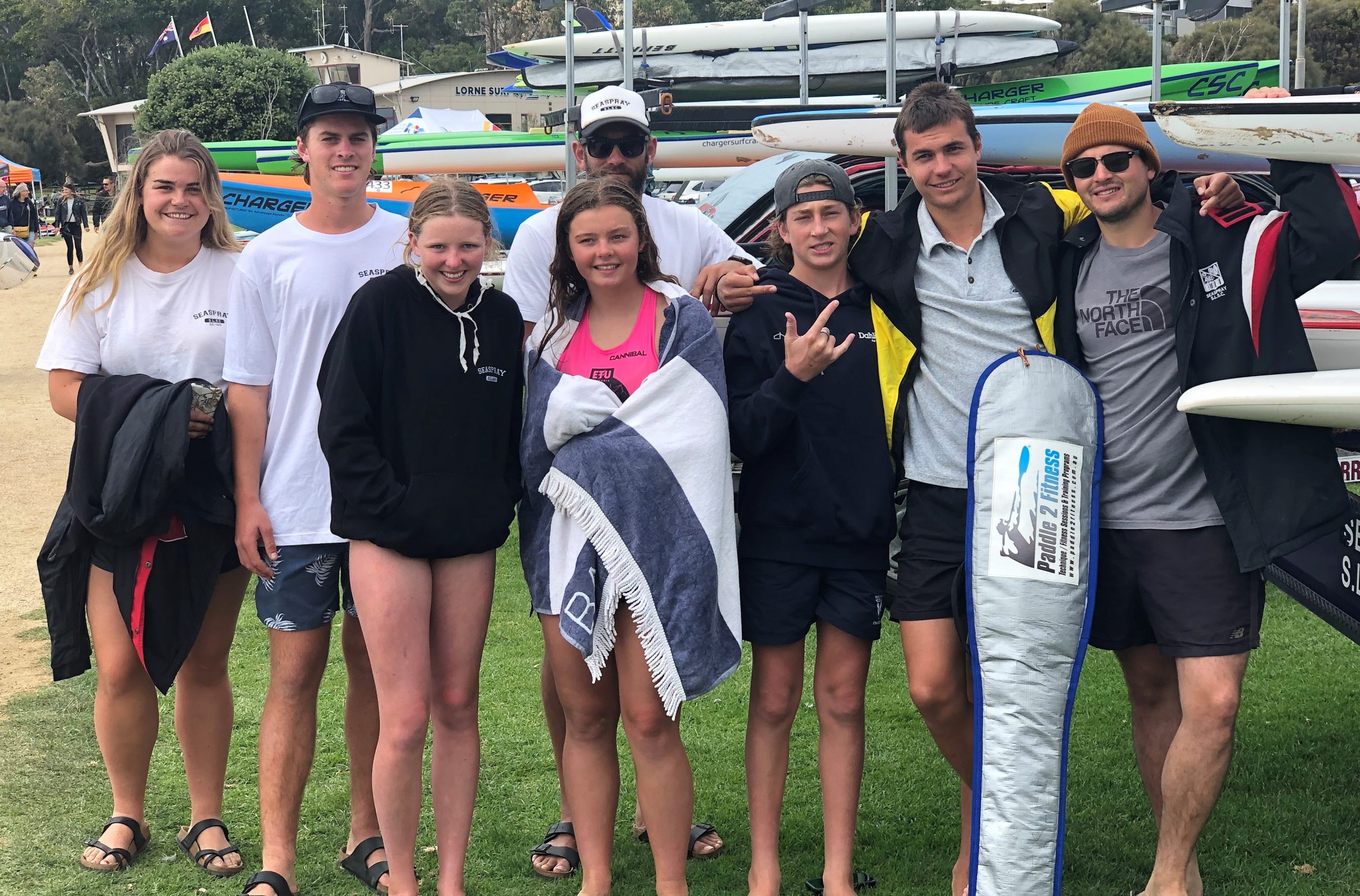 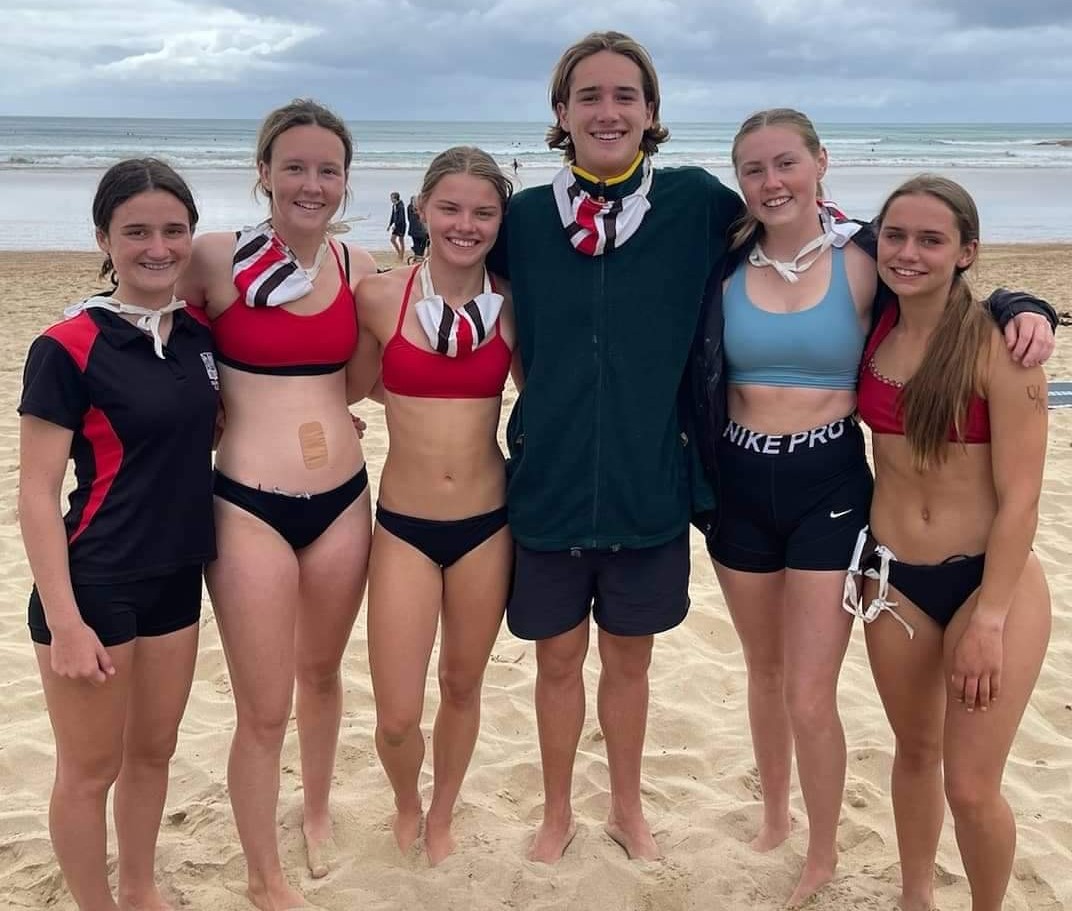 A STRONG contingent of athletes from Seaspray Surf Club returned home from two days of competition at Lorne with an impressive medal haul.

In his 35 to 39 age group, Lazzaro came home with five medals, including two individual medals: gold in the board race and bronze in the ironman.

Lazzaro teamed up with Greenwood to win gold in the double ski, and won silver in the board rescue together with Centra.

Lazzaro, Greenwood and Centra then competed as a team in the ski relay, winning silver in the 35 to 39 men’s event.

Greenwood added to Seaspray’s medal tally with his gold in the 40 to 44 men’s single ski, as did Centra, who came in third in the same event to get the bronze.

Seaspray’s success continued the next day at the Lorne Surf Carnival.

Jessica Jackson and Bridget Brown again performed strongly on the sand following on from their success at Mordialloc the previous weekend.

Competing in her first senior carnival, Lola Wilson lined up alongside Emma Feltis in the under 15 women’s water events. The pair were among other local athletes representing Seaspray who performed strongly in tough surf conditions.