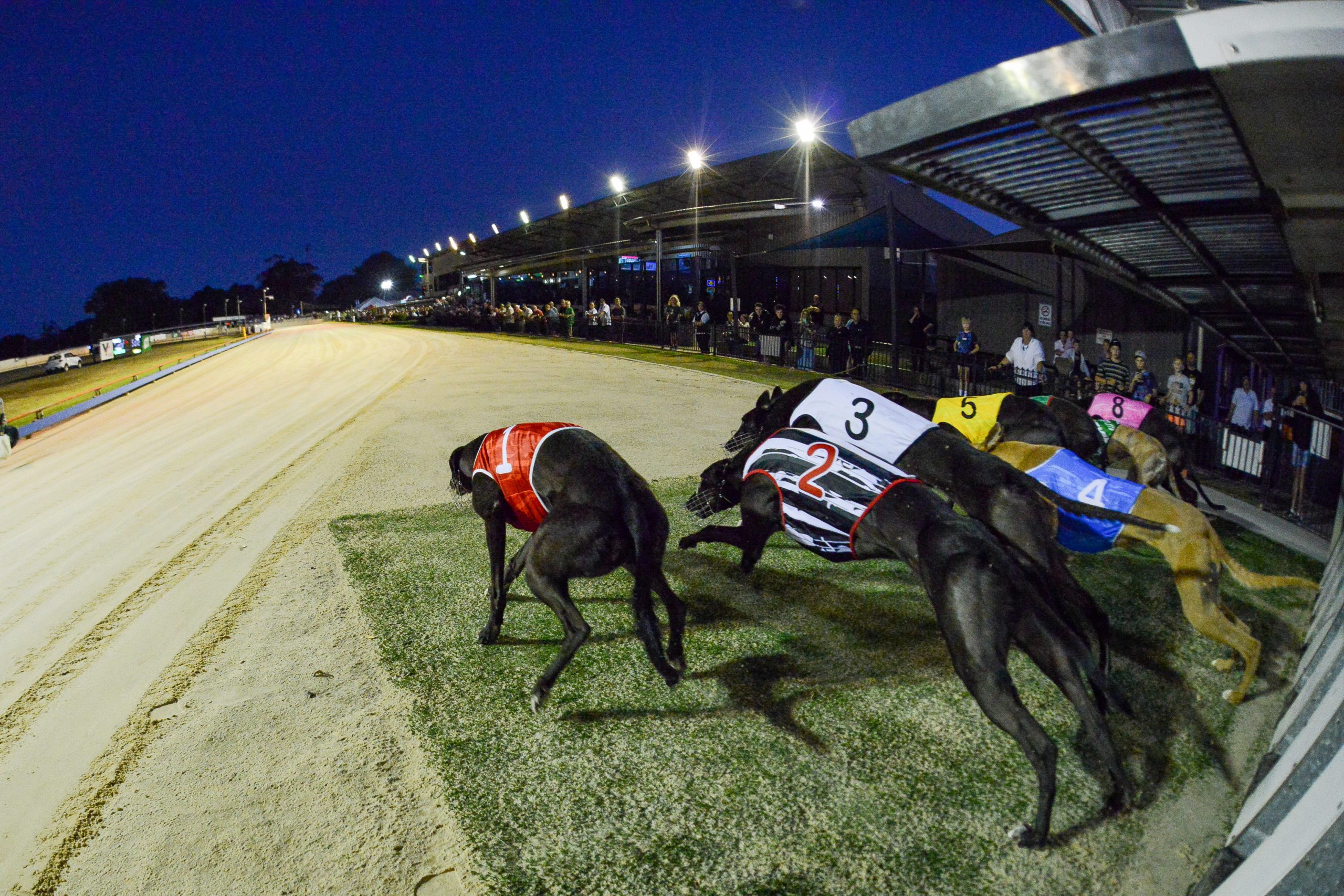 The dog, trained by Joe Borg at Maryborough, went out to a clear lead, and couldn’t be caught, winning the $10,000 first prize by three lengths from Assassinate, trained by Billy Stockdale at Hastings.

The night’s other feature race, the 440m grade five final, was won by Perfect Colour for Jane Reynolds at Pearcedale.

Perfect Colour maintained his inside line to win by two lengths and collect the $3300 winner’s cheque. In third place was Dr Lynch, trained at Denison by Ronald Winter.

The race one 440m maiden was won by Wigram Road, trained by Cheryle Ragen at Kilmany, three lengths clear of Go Rogue, trained by Brian Alford at Yarram.

Alford turned the tables on Ragen in race four, a 440m grade six, which Zipping Sense won from State The Facts. Zipping Sense now has three wins from six starts.

The race two 440m maiden was taken out by Dr Perry for Emily McMahon at Darriman.

Race three, a 440m grade seven, was won by Have A Summer, trained by Peter Dedes at Devon Meadows, from Airly Liberty, trained at Sale by Lesley Russell. Both dogs entered the home straight in front, but Have A Summer had the edge, winning by three-quarters of a length.

Tin Shed Fred, trained by David Kerr at Warragul South, had to work hard to win race six, a 440m mixed grade three and four. Tin Shed Fred went towards the back of the field early, but worked his way through and chased down Inuka, trained by Bill McMahon at Darriman in the home straight.

Zipping Annabel finished a length ahead of a three-way battle for second, among which was Curfew, which came third for Matt Clark at Briagolong.

Race 11, a restricted win race over 440m, was won by Aston Sylvie, trained by Chris Johannsen at Devon Meadows. Finishing four lengths behind was Gerry’s Lara, trained by Dawn Johnston at Boisdale.

Greyhound racing continues at Sale this Friday and Sunday nights.

A GREYHOUND under the temporary care of Nambrok trainer Lyn Smith qualified for the final of the Fanta Bale Super Stayers event on Saturday night at The Meadows.

Western Australian dog Zack Monelli won his 725 metre heat, opening up a big lead, but only won by a neck after Sale Cup winner Houdini Boy made up ground.

Zack Monelli has seven wins from his previous eight starts.

Also on Saturday night, Smith’s Earn The Answers finished fourth in his heat of the group one Australian Cup, which was won by Lakeview Cruiser, trained at Metung by Harley Whelan.

ANOTHER Smith-trained dog, Evolution, won a 300m free for all at Healesville on Sunday.

The same day at Sandown Park, Citadel Of Chaos, trained by Des Douch at Maffra, won a heat of the Sandown to Sale Series over 515m by a nose. The final will be this Friday night at Sale.

Kuro Kismet, trained by Matt Clark at Briagolong, dashed to an early lead from box eight to win by six lengths from Kingfisher, which was a clear second for Jeff Chignell at Rosedale.

In his past 10 runs, Kuro Kismet has finished no worse than third, with four wins during that period. Kingfisher Rose is also in good form, with two thirds and a win from his three starts before Thursday.

Omega Tyson, trained by Barry Harper at Seaspray, won a 515m grade five. Stiff Wind led most of the race, but Omega Tyson had the best run in the home straight, claiming a sixth win from 12 starts by half a length.

At Warrnambool the same night, Disoriented won a 390m grade for Lyn Smith. Disoriented led from start to finish to claim a fifth win from nine starts.

Captain Cruiser, trained by Margaret Read, was too good in a 460m grade five, winning by four lengths.

Bomber’s Smokey, trained by Geoff Green, won a 400m restricted race by a neck from Morbius, who rallied late for Andrew Wood at Nambrok.

MAFFRA trainer Leigh Jennings had a winning double during the Friday night meeting at Warragul.

Connor Man, a $27 chance at the tote, won a 460m mixed grade six and seven. His only other win came at Warragul two starts previously.

Indy’s Happy led a 400m mixed grade six and seven throughout, winning by five lengths to claim a third victory from seven starts.

Backing up from victory at Sandown Park the previous Sunday, Evan Keats, trained at Giffard West by John Boreland, won a 460m grade five, pipping Rumour File at the post.

At Healesville earlier in the day, Addy Belle won a 350m race by five lengths for Donald Rhodes at Heyfield.