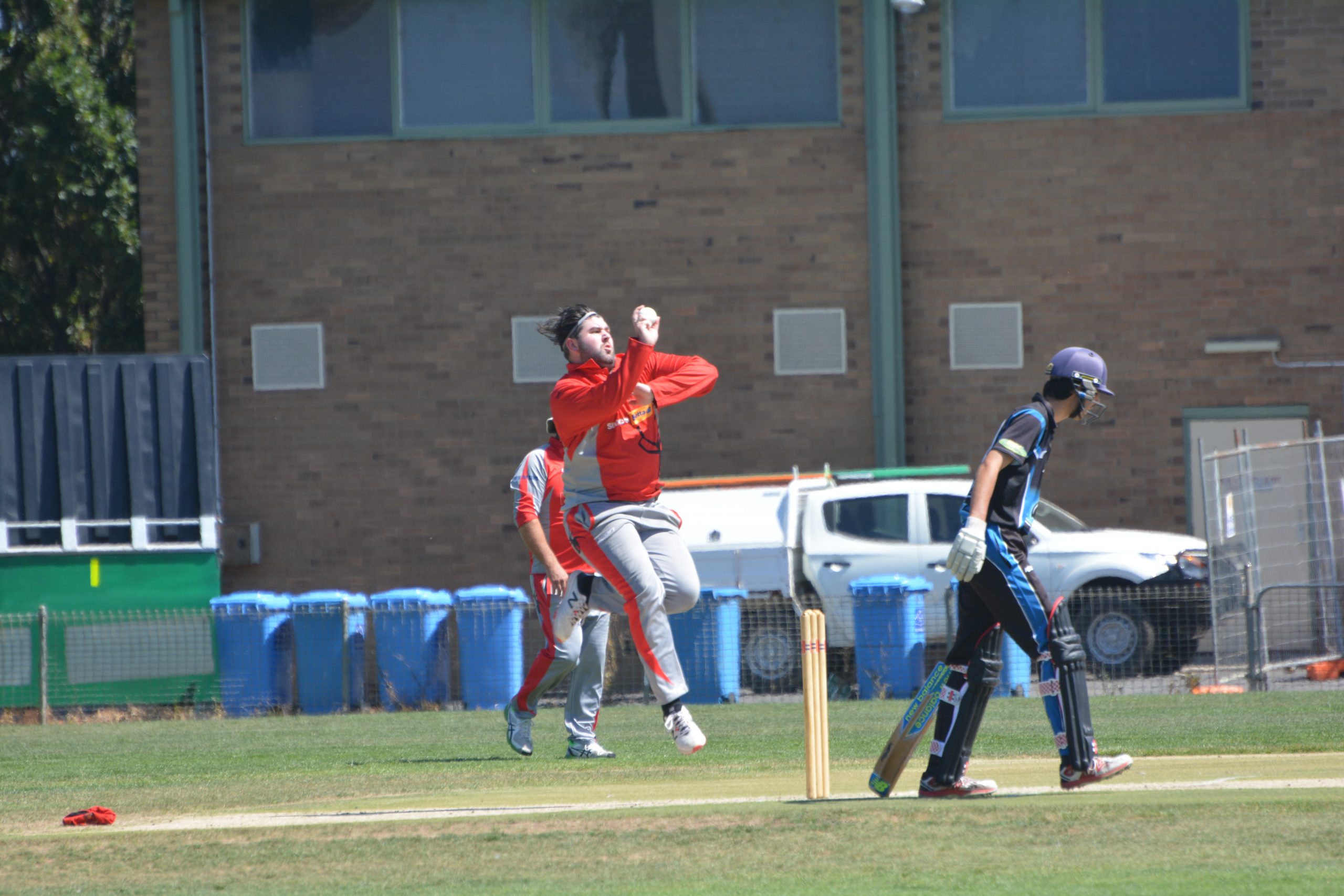 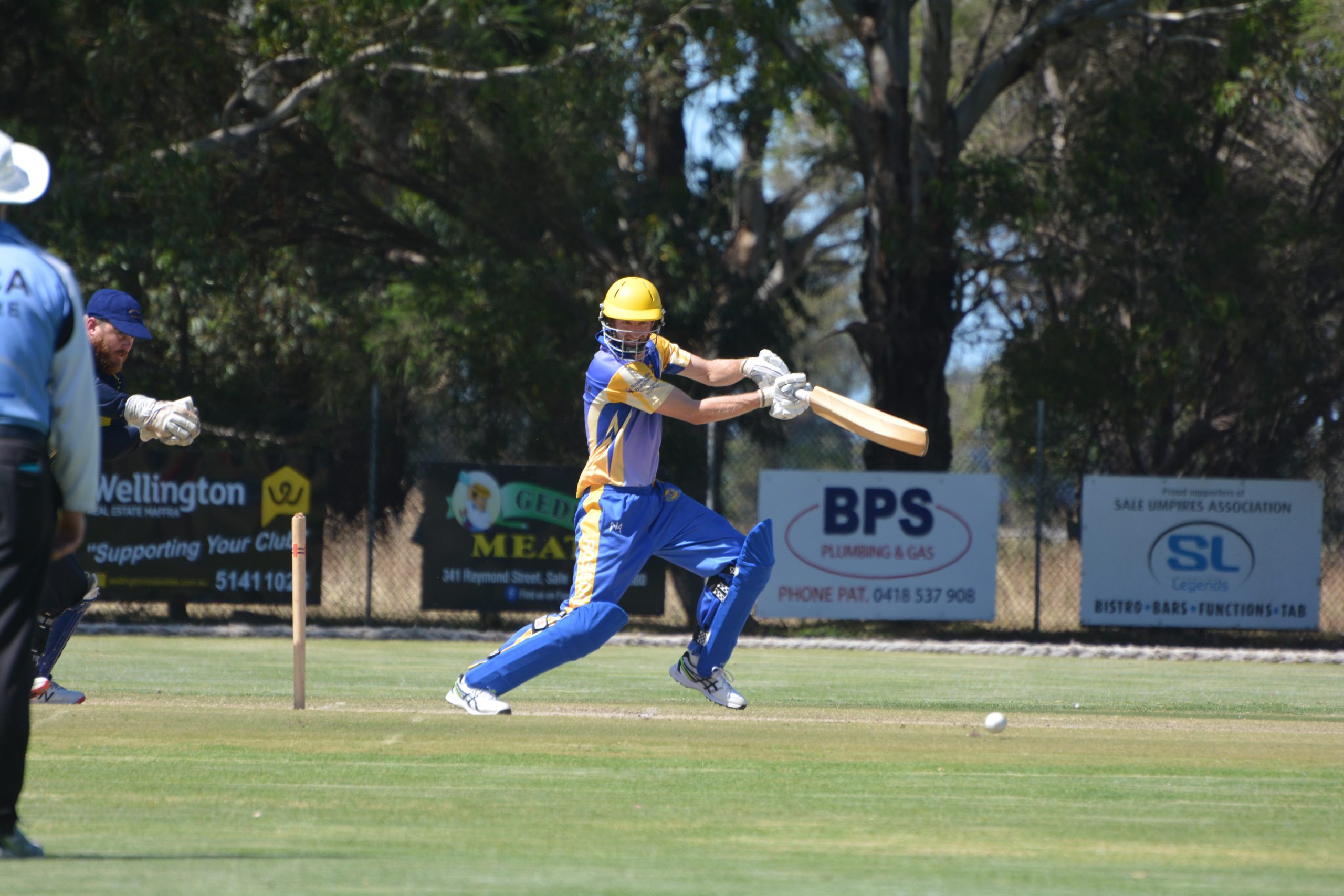 THE top four teams on the Sale-Maffra cricket ladder heading into final round secured their hold on a semi-final berth.

With the top two winning on Saturday, Stratford claimed the minor premiership ahead of Maffra thanks for a superior net run rate.

Collegians replaced Boisdale-Briagolong in third place, earning them a semi-final at Maffra this Saturday. The Saints, who finished ahead of Sale thanks to a better net run rate, will head to Stratford for the other semi-final.

The Swans scored a competitive 8-179 from their 40 overs, but the visitors passed that total for the loss of just two wickets with 15 overs to spare.

Hayden Glover looked to give the Sale innings a positive start until Simon Williams was introduced into the attack and bowled Glover for 20.

Captain Rohan Blandford tried to continue Glover’s work, until he was bowled by Sam Anstee for 25.

Coming together at 4-84, Ben Jones and Matt Raidal added 79 runs before the latter was bowled by Bohdi Walker for 41 in the 37th over. Two balls later, Walker disrupted Jones’ stumps, dismissing him for 42 from 43 deliveries.

Walker, Williams and Anstee each finished with two wickets.

The partnership between Jones and Raidal ensured the Swans had a decent score to defend, however the Stratford batsmen had other ideas.

Andrew Tatterson scored 23 runs from 19 before his stay in the middle came to an end when John Mayman trapped him leg before wicket.

Cormac Hassett and captain Taylor Tatterson batted the Redbacks to within touching distance of victory, putting on 114 for the second wicket.

Hassett was caught off Lucas Mowat’s bowling for 55, but Taylor (who finished unbeaten on 74) and Chris Aurisch saw the visitors claim the win.

COLLEGIANS secured a spot in the finals in style at Briagolong.

College passed the Saints’ meagre 85 inside 20 overs with seven wickets in hand.

Only two Boisdale-Briagolong batsmen, Steve Noble (39) and Lewis Bolton (10) reached double figures. The pair combined for a 31-run third wicket stand, but the Saints only added 24 runs after Noble was dismissed.

The door was ajar for the Saints after having Collegians 2-20, but Love (39) and Charlie Morrison (26 not out) put the match back under the visitors’ control.

BUNDALAGUAH’S hopes of making the finals were dashed by Rosedale-Kilmany.

The Warriors completed a strong finish to the season (winning their final three matches), scoring 6-211 before bowling the hosts out for 108.

RK’s Adam Diamond and Brad Scott put on 51 runs for the second wicket. The partnership ended when Diamond was dismissed for 27, playing a Jake Wynd delivery onto his stumps.

Captain Rohan Diamond joined Scott in the middle for what proved to be a match-winning partnership of 99. When Scott was bowled by Sam Bedggood for 72, the Warriors were 4-165.

Rohan kept the scoreboard ticking over until he was bowled by Nathan Whitford for 63 from 62 balls faced. Cameron Freshwater added 20 runs late in the innings.

Whitford finished with 3-39 for the Bulls. Needing a positive start to their innings, the Bulls fell to 2-14 following the dismissal of their openers.

Steve Spoljaric was the backbone of the innings, but needed someone else to stick around. That looked to be Bedggood, as he and Spoljaric put on 38 for the fourth wicket before the former was caught for 23.

From 4-65, the Bulls could only add 43 more runs. The innings ended when Spoljaric hit a full toss, only to be caught for 47.

Each of the six bowlers the Warriors used claimed at least one wicket, with Ben Fleming finishing with 3-15, and Jay Diamond and Bailey Reid both taking two wickets.

MAFFRA made light work of Longford at home. The Eagles blasted 9-244 before keeping the Lizards to 9-118.

In Maffra’s innings Daniel Bedggood put the Lizards on the back foot early, blasting the ball to all points of the Cameron Sporting Complex’s main ground.

Bedggood looked set to bring up his second century of the season, but after hitting the previous three balls for four, was bowled by Blake Hornby by 94 from 58 balls faced. The Eagles were 2-124 at the time in the 17th over.

Longford batted out its overs, with William White unbeaten on 26 and Brett McMaster scoring 22.

Nathan Magnuson claimed 3-22 and Ben Durrant 2-24 for the Eagles.