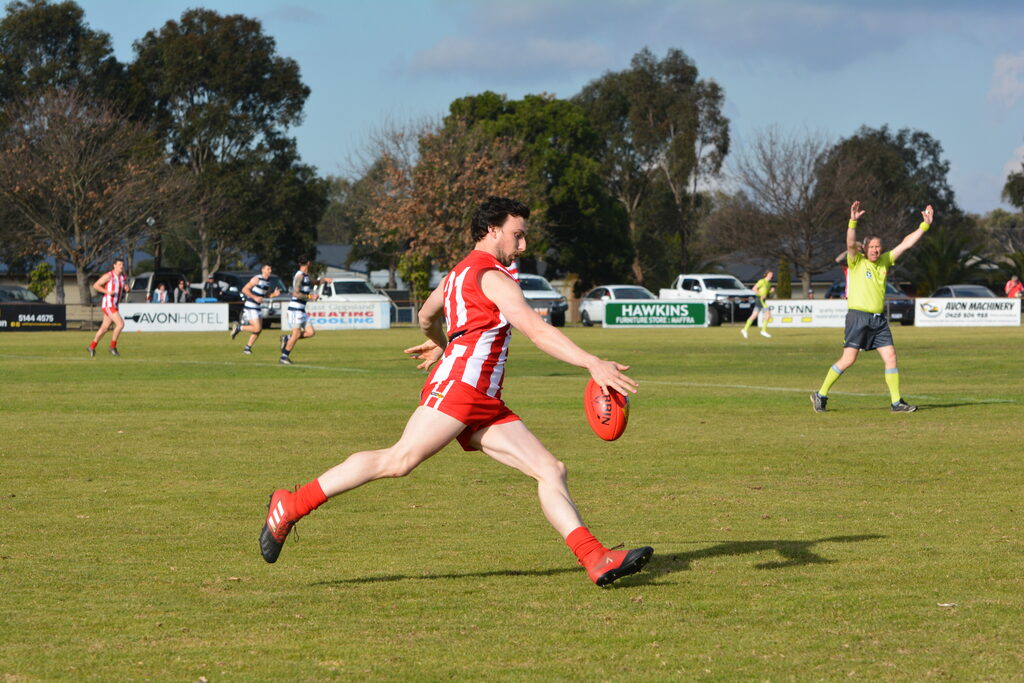 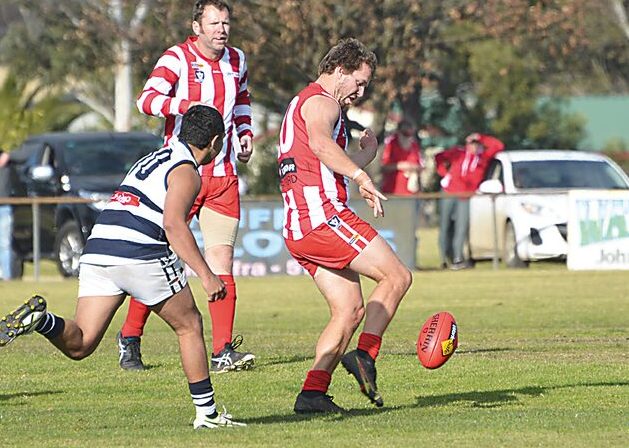 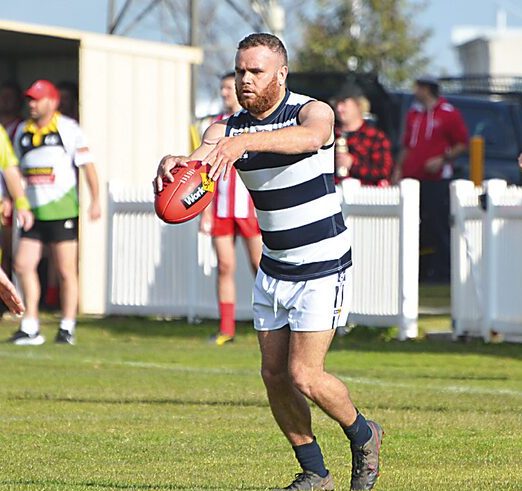 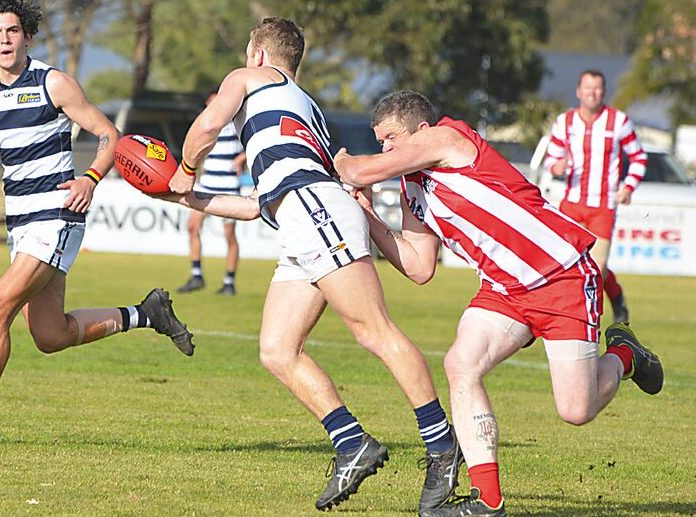 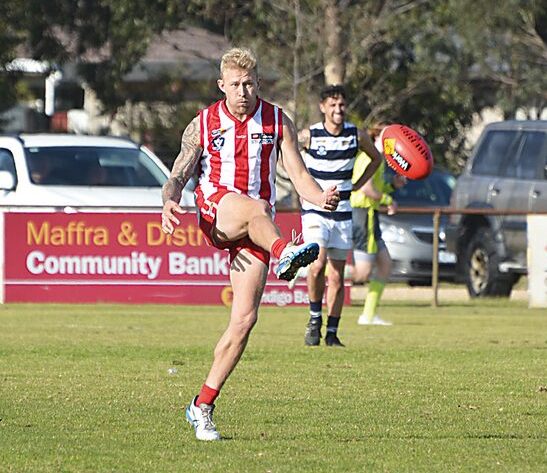 STRATFORD moved a game clear on top of the East Gippsland football ladder following a seven-point victory over Lindenow on Saturday.
Inaccurate kicking for goal meant the home side only led by a point at three-quarter-time, but the Swans steadied with a two-goal to one final term to win 8.12 (60) to 8.5 (53).
Going into the match in third place on the ladder, a win behind the Swans, the Cats took the match up to the ladder leaders.
Rodney O’Keefe kicked the opening goal in the second minute for Stratford, but the Cats’ quick ball movement meant the Swans weren’t able to dictate terms.
Rohan Blandford kicking the opening goal for the visitors in the sixth minute, and the Cats had the lead for minutes later through a Brodie Cameron major.
A Bayden Ashwood kick found Luke Dyer, whose goal stretched the Cats’ lead to 12 points midway through the quarter.
The Swans pegged a goal back after William Webb reached up to take a contested mark, and the hosts were level after goal late in the quarter.
However, the Cats led at the first change of ends after Kevin Bongers’ goal after the quarter-time siren.
The sides kicked two goals each during the second quarter, but the Swans had six scoring shots to three, only reducing The deficit to three points by the main break.
The Swans again had the better of the play during the third quarter, but only kicked one goal from six scoring shots, good enough to take a one-point advantage into the final term.
The Swans edged further ahead during the fourth term, to extend their run of wins to five matches.
Mitch Hawkins and Regan Tait continued their great form on the wings, Gavin Bickery led the way through the midfield, linking with Ben Channing across half-forward. Channing, Tait and Webb each kicked two goals, while Liam Cunningham was solid in defence.
BOISDALE-BRIAGOLONG replaced Lakes Entrance in second spot after defeating the Seagulls by nine points.
After kicking four unanswered goals in the first quarter, the Bombers managed to add only two more goals as the home side came back.
Trailing by 29 points after the first term, the Seagulls kicked two goals in both of the second and third quarters, during which time the visitors added just one to lead by 11 points at three-quarter-time.
In a tough day for scoring, both sides kicked a goal during the final quarter as the Bombers held on to win 6.13 (49) to 5.10 (40) to move ahead of the Seagulls on the ladder on percentage.
Nick Marshall, Tim Dessent, Billy Marshall, Leigh Fulford, Shaun Bates and Josh Granger were the Bombers’ best players, while Darcy McKendry, Sam Nickless and Ryan Marsden led the way for the Seagulls.
LUCKNOW defeated Orbost-Snowy Rovers by 11 points.
Little separated the sides throughout, with the visiting Magpies’ four-goal to three final term giving them victory, 8.9 (57) to 9.12 (66).
WY Yung scored its second win of the season, defeating Paynesville by 71 points.
The Tigers won 17.23 (125) to 8.6 (54), with Harry Kellow kicking six goals. Tom and Norn Betts were the best players for the visitors.