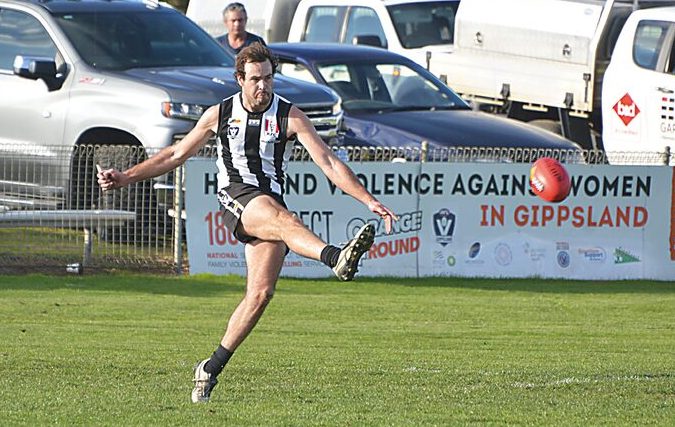 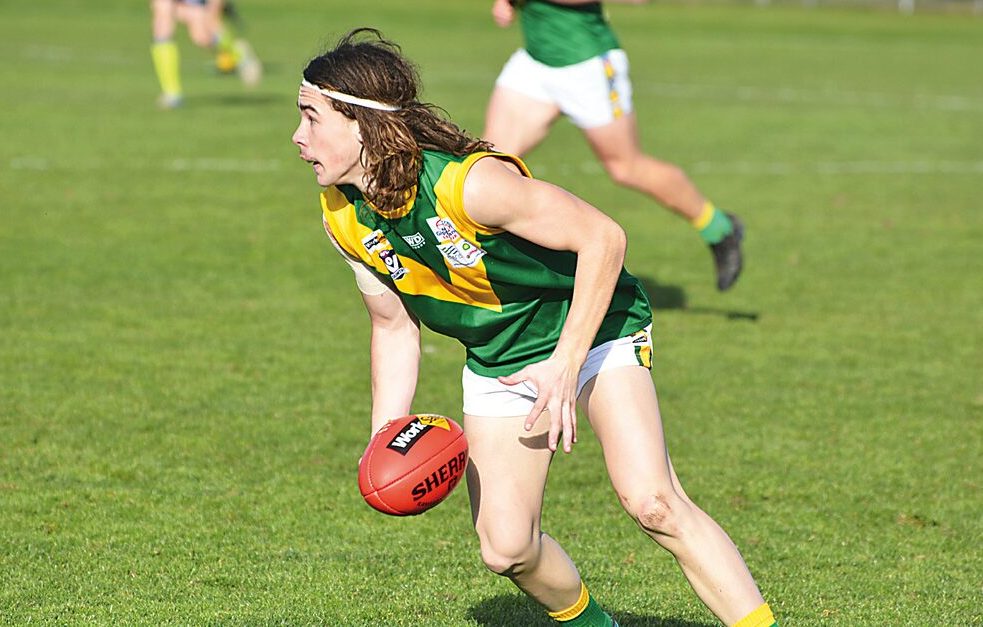 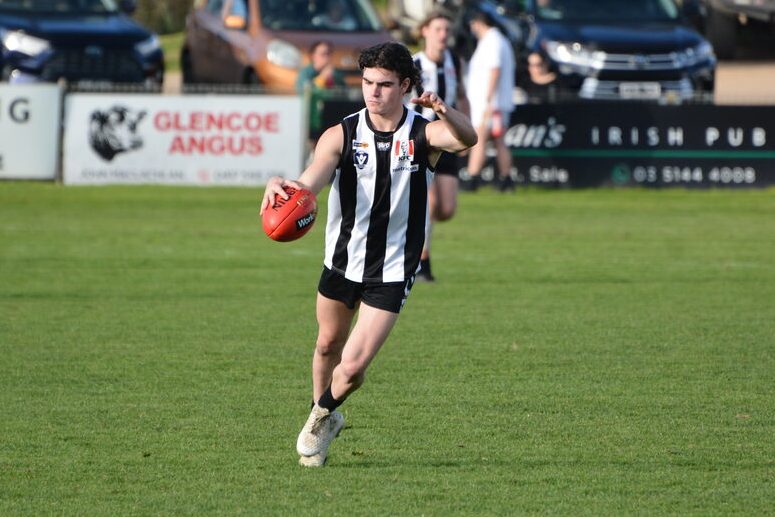 LEONGATHA held Sale goal less for two quarters on its way to a 51-point victory at Sale Oval on Saturday.
The 14.11 (95) to 5.14 (44) victory ensured the Parrots stayed on top of the Gippsland League football ladder on percentage, ahead of local rival Wonthaggi.
There was little to suggest the margin would be so wide at quarter-time, when the Parrots led by just five points following a four-goal to three opening term.
But then the Parrots proved why they deserved to be considered among the premiership favourites, kicking the only four goals of the second term to take a 33-point advantage into half-time. The Parrots controlled play with the bulk of possession, giving the Magpies rare scoring opportunities.
It was more of the same in the third quarter, when the Parrots kicked four answered goals to lead by 51 points at the final change of ends.
That was the margin at full time after both sides kick two goals during the fourth term.
With winners across the ground, Cameron Stone, Chris Verboon and Jackson Harry were best on for the winners. Jacob Lamers and Cade Maskell kicked three goals each for the Parrots.
Will Leslie performed well under pressure in the Sale defence, while Jonti McGuiness, Jackson Glenane, Cooper Whitehill, Jordan Dessent and Shannen Lange worked hard against a formidable line-up.
The Magpies remain in fourth place on the ladder, outside top three by four points, ahead of a tough assignment at Wonthaggi this Saturday.
MAFFRA got a much-needed win at Bairnsdale.
The Eagles withstood a spirited Redlegs outfit to return home with the points after a 12.10 (82) to 10.11 (71) victory.
The win moves the Eagles into seven place on the ladder, still two wins outside the top five.
The Redlegs had the better of the first quarter, kicking five goals to three to lead by 11 points at the break. The margin was reduced to four points after the Eagles booted four goals to two during the second term.
The momentum continued to swing the visitors’ way during the third, adding four goals to two to lead by 10 points at three-quarter-time, before both teams kicked a goal each during the final term.
Ed Carr, Danny Butcher and Lachlan Channing helped the Eagles gain control of the contest in the midfield, with James Read, Josh Edey and Tom Jolly also among Maffra’s best players.
Half-forward Kieran Vickery and centre half-back Simon Deery were best for the Redlegs, who remain in ninth place with one victory.
WONTHAGGI defeated Moe at Ted Summerton Reserve by 11 points, 8.9 (57) to 6.10 (46).
The Power took a nine-point lead and momentum into half-time after kicking some incredible goals on the eve of the break, and carried this into the third term, putting on a clinic as the ball virtually stayed inside its forward 50.
Playing a surge-forward game, the Power ran on top of the ground and flicked the ball quickly by hand and cleanly by foot, which was aided by Troy Harley’s vice-like hands at full forward. Harley clunked most things that came his way, and his work along with smalls such as Tom Davey put the Moe defence under constant pressure.
The Power got out to a 33-point lead at the final change and looked set to complete a comfortable enough victory.
Moe threw tall defender Declan Keilty forward, and the Lions stayed in with a fighting chance until the clock ticked over to time-on.
The home team was unable to convert chances in the first 10 minutes, meaning by the time the Lions straightened up it was too-little-too-late.
Despite only kicking one behind for the term, Wonthaggi never looked like getting beaten, and had the game wrapped up with a 23-point lead before Moe kicked two goals deep into time on to cut the margin to 11.
TRARALGON broke away from Drouin in the second half to win 18.9 (117) to 11.8 (74) at Morwell.
The Maroons led at every change, but had to hold off a persistent Drouin for the most part. The Maroons kicked six goals to three in the final term to make sure of the victory.
Maroons midfielder Matt Northe was sublime, kicking four goals in a best-on-ground display. Traralgon coach Jake Best and Drouin’s Michael Theodoridis slotted five goals each.
WARRAGUL recorded its first victory for the season, defeating Morwell 11.4 (70) to 9.12 (66).
The Gulls made the early running on their home ground, kicking the only two goals of the opening quarter, before opening the game up in the second, slamming on six goals to take a 33-point lead into the main break.
Morwell hit back in the third, and cut the margin to 13 points with one quarter to play, before the Gulls hung on to win by four.
Brayden Fowler kicked five goals for the victors and young gun Will Cole finished with four.