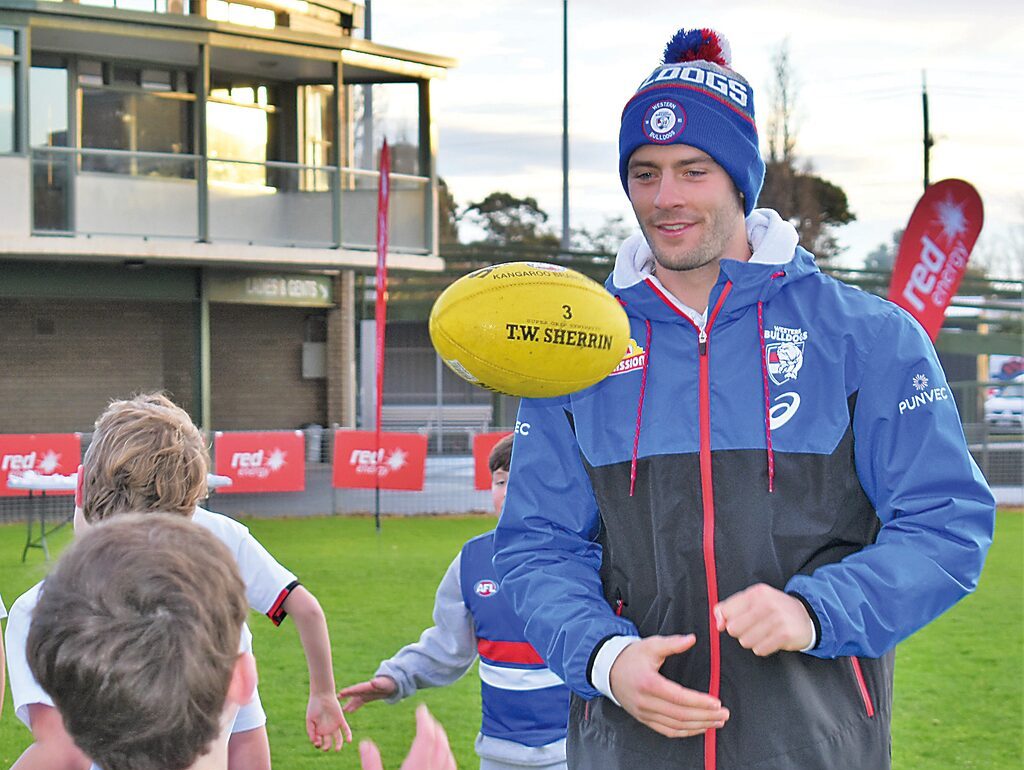 WESTERN Bulldogs midfielder Josh Dunkley has been forced into home quarantine after visiting a “tier one” coronavirus exposure site last week.
Dunkley visited his local café in Melbourne on Wednesday, hours before leading a coaching clinic at Sale Oval.
The Bulldogs midfielder has since been directed by the state Department of Health to undergo 14 days of home quarantine after visiting the tier one exposure site.
The café, which Dunkly visited on Wednesady, was later declared an exposure site. He was contacted on Sunday by the Department of Health, with the mandatory quarantine period beginning from the day he attended the site.
On Saturday, Dunkley played his first AFL game since injurying his shoulder in April.
Since Wednesday, he has received two separate negative coronavirus test results.
“The entire Bulldogs travelling party also received a negative result during their trip to the Gold Coast, as part of the AFL’s testing regime,” the Bulldogs reported in a statement.
“Dunkley is complying with quarantine requirements and will be unavailable for this weekend’s Round 19 match, while the rest of the Bulldogs squad will continue their preparations as normal.”
Dunkley returned to Sale on Wednesdayto facilitate skills and ran drills for local young footballers.
Following the clinic, Sale Junior Football Club hosted a barbecue, with Dunkley participating in a question and answer session.
A member of Sale’s Gippsland League senior premiership team as a 15-year-old in 2012, Dunkley helped the Bulldogs win the AFL grand final at the end of his rookie season in 2016.
As part of its Born and Bred campaign, clinic sponsor Red Energy donated $1000 to the Sale JFC to support its junior player development program.
Only hours after his visit to Sale, Dunkley and his Bulldogs teammates were advised they would be flying to the Gold Coast earlier than planned ahead of Victoria’s current lockdown.
Dunkley recorded 21 disposals in his return to the AFL, as the Bulldogs defeated the Gold Coast Suns by 11 points.
With five rounds to play until the finals, the Bulldogs are in second place, ahead of Geelong on percentage, and trailing top side Melbourne by two points.
As of Monday morning, the Bulldogs were due to play the Adelaide Crows in Ballarat on Sunday.