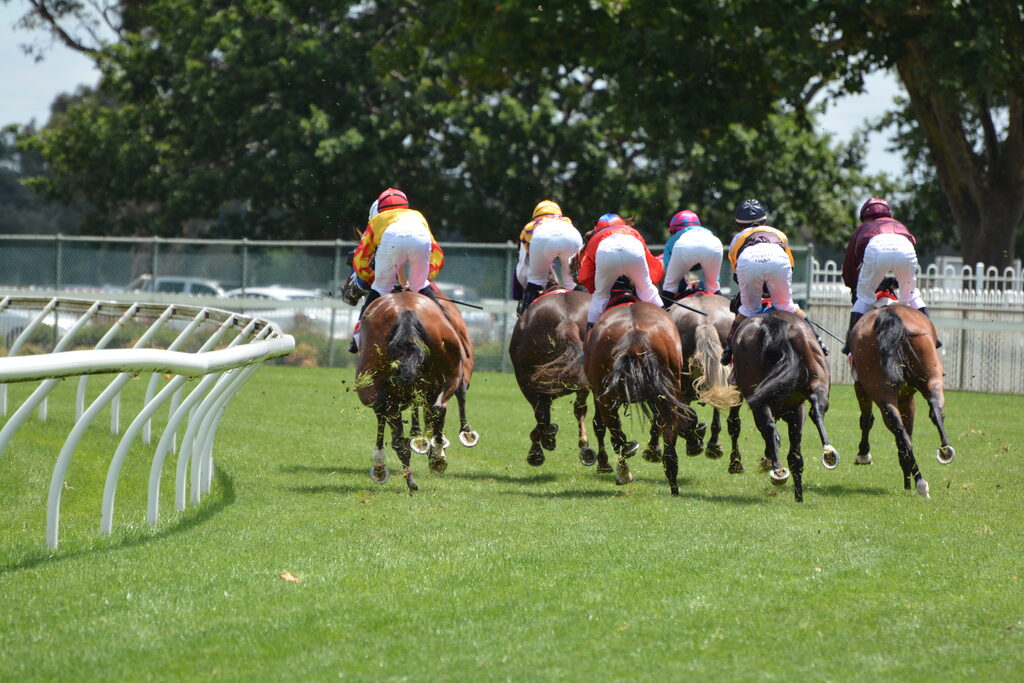 WHILE Sunday’s races will go ahead, Sale Turf Club has postponed its Christmas in July event.
The extension of the state-wide lockdown has meant access to racetracks remains restricted to competing participants, officials and other essential people. It means spectators, including horse owners and club members, won’t be able to attend the races.
Sale Turf Club plans to reschedule Christmas in July.
The restrictions, which also cover training facilities and licenced racing premises, will be in place until at least 11.59pm this Tuesday.
Face masks are still compulsory at all Victorian race meetings, training centres and licensed premises, at all times. Riders can only remove their mask when on horseback and when they have exited the mounting yard on race day.
Racing Victoria chief executive Giles Thompson said, as has been done throughout the pandemic, decisions will continue to be made to protect the health and wellbeing of industry staff and participants, to maintain 25,000 full-time equivalent jobs across the state, and ensure essential daily care and exercise can be afforded to horses.
“I would like to remind everyone within the Victorian racing industry of the critical need to abide by all government directives and to regularly monitor the government’s website for updates to the exposure site locations,” he said.
“In particular, if any participants or essential staff have attended an exposure site or are displaying any COVID symptoms, they must get tested, isolate and contact us immediately.”
Sunday’s meeting will be the final one at Greenwattle Racecourse for the 2020-21 racing season.
The first three of the 10 races, beginning at 10.45am, will be hurdle events, which are rare at Sale.

Greyhound racing in Sale this weekend

SALE Greyhound Club will host two meetings this weekend.
Because of the extended lockdown, only trainers, handlers, officials and other people essential to the meeting will be allowed to attend.
Friday night’s 12-race program will begin at 6.56pm, while the first of 11 races on Sunday is scheduled for 5.04pm.
On Wednesday night at Cranbourne, Omega Gringo, trained by Barry Harper at Seaspray, won a 520 metre mixed grade four and five
Coming off a second placing at the track seven days earlier, Omega Gringo followed leader Zylon Bale for most of the race, then timed his finished to perfection, winning by a length and a half.
Steboneath Lad, trained by Keith Brew at Rosedale, won a 311m free for all, continuing the dog’s good recent form, which included a win and a third placing at Cranbourne. Stoboneath Led showed a great burst of speed to take the lead at end of the back straight before going on to win by three lengths.
Miss Somerton, trained in Cobains by Michael Delaney, produced a big finish to take out a 311m restricted win race by a length from Dr Perry, trained by Emily McMahon at Darriman.
Dr Luna won a 311m grade for Judy McMahon at Darriman, edging out Destini Trucker, trained by Ronald Winter at Denison.
Second Pick, trained by Rodney Ashworth at Cowwarr, won a 460m mixed grade six and seven in Warragul on Tuesday night.
Second Pick held off challenge Enabler, trained by Robert Bean at Tinamba, and Ridge, trained by Jenny Gill at Darriman, with just 0.9 of second separating the three dogs.