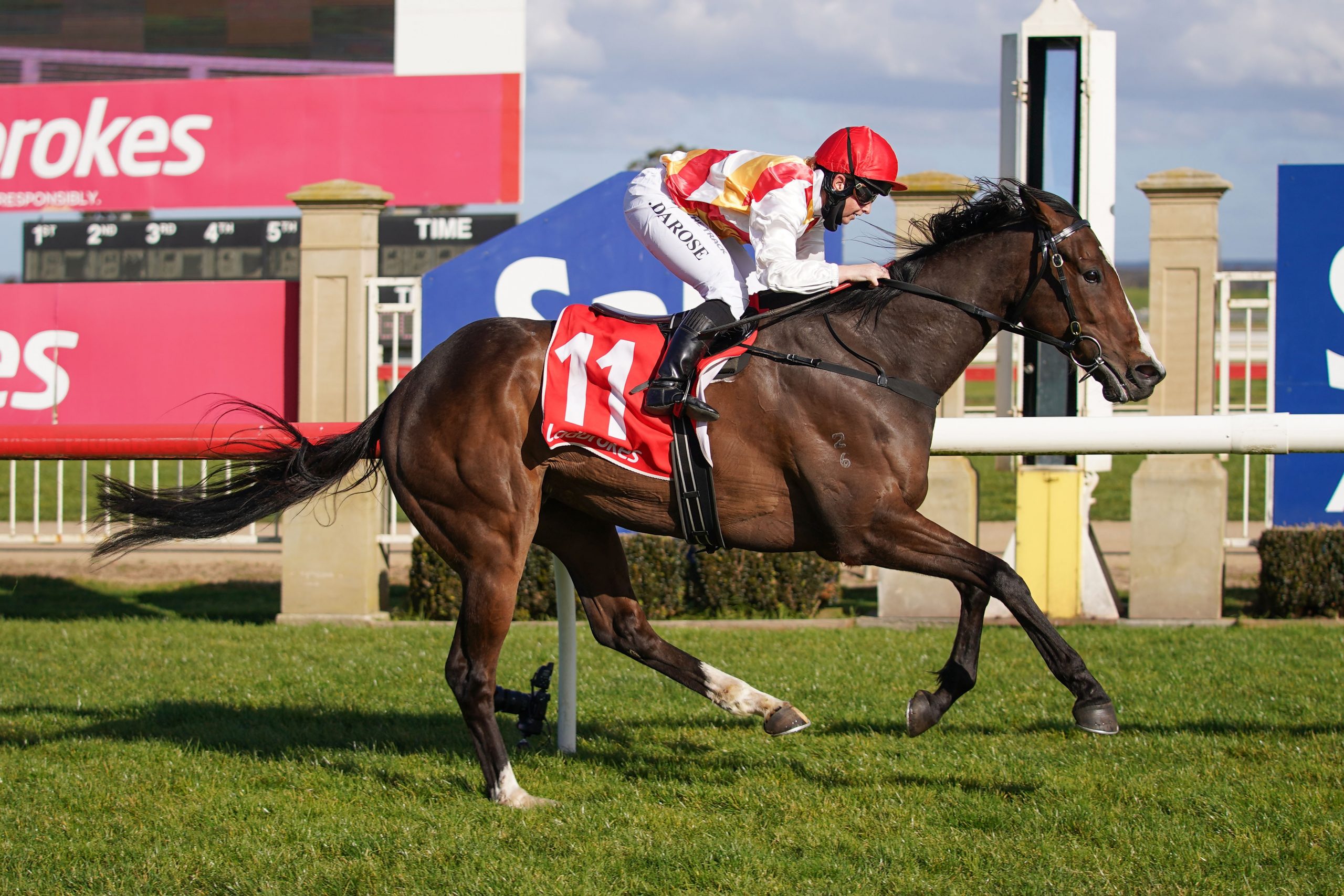 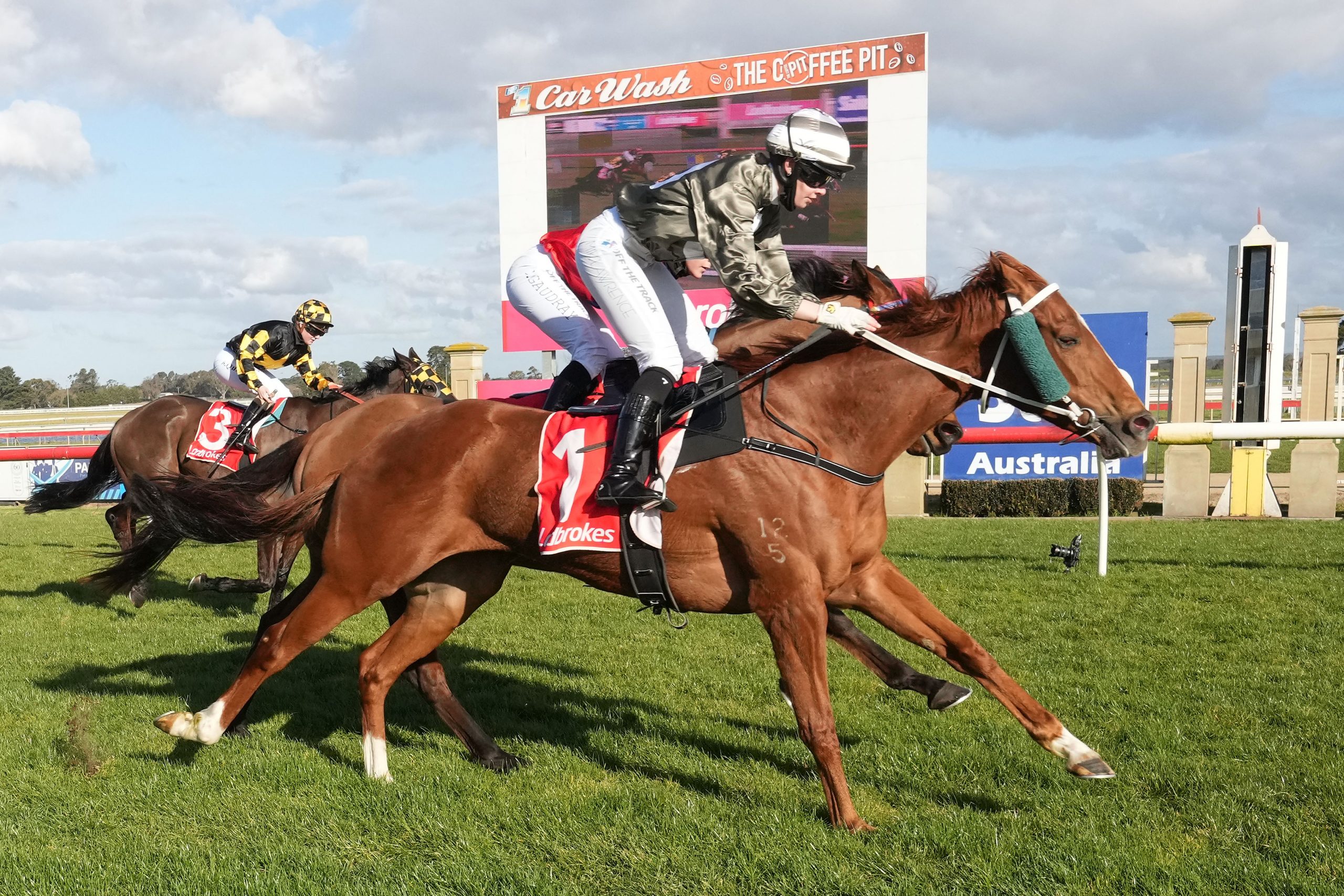 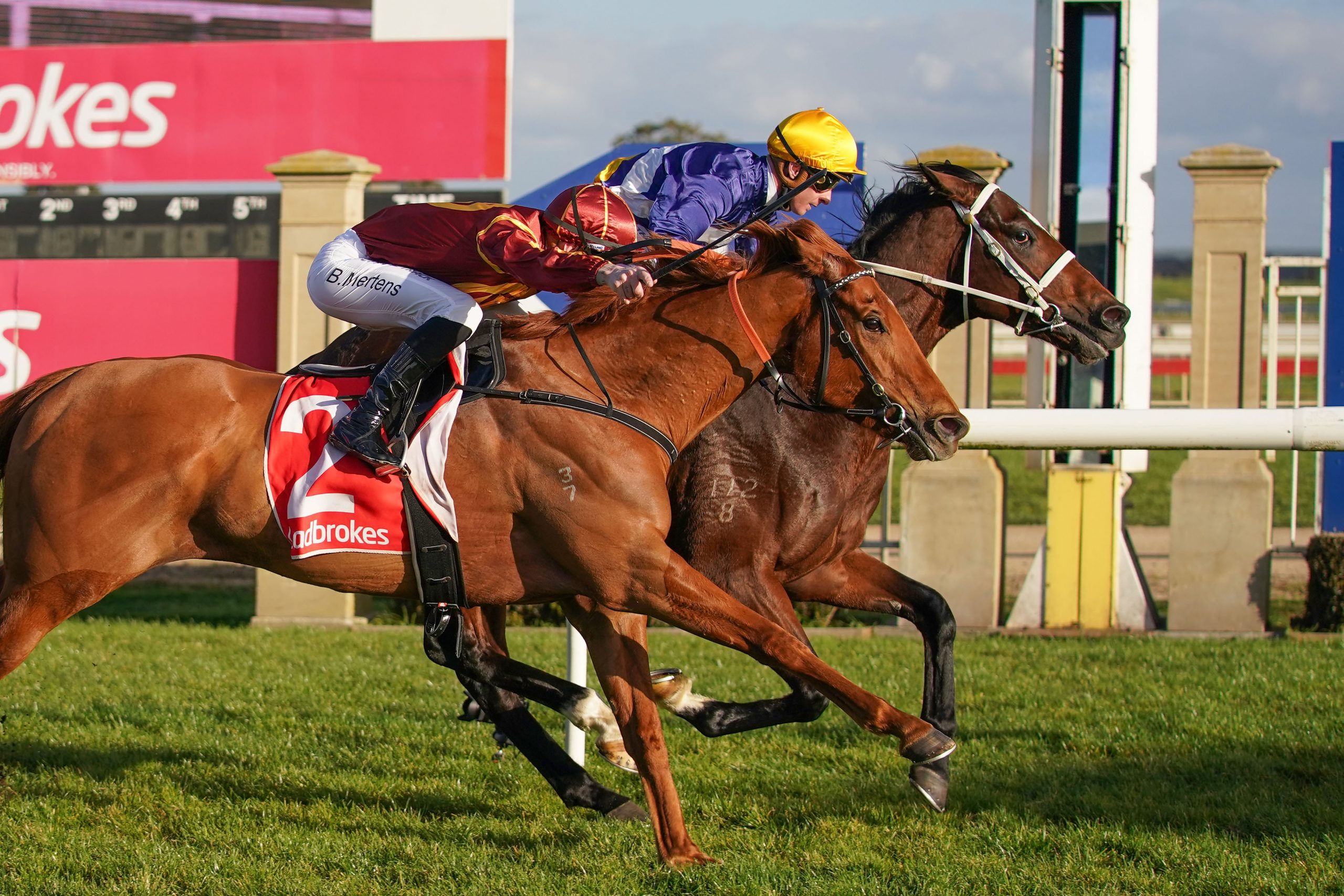 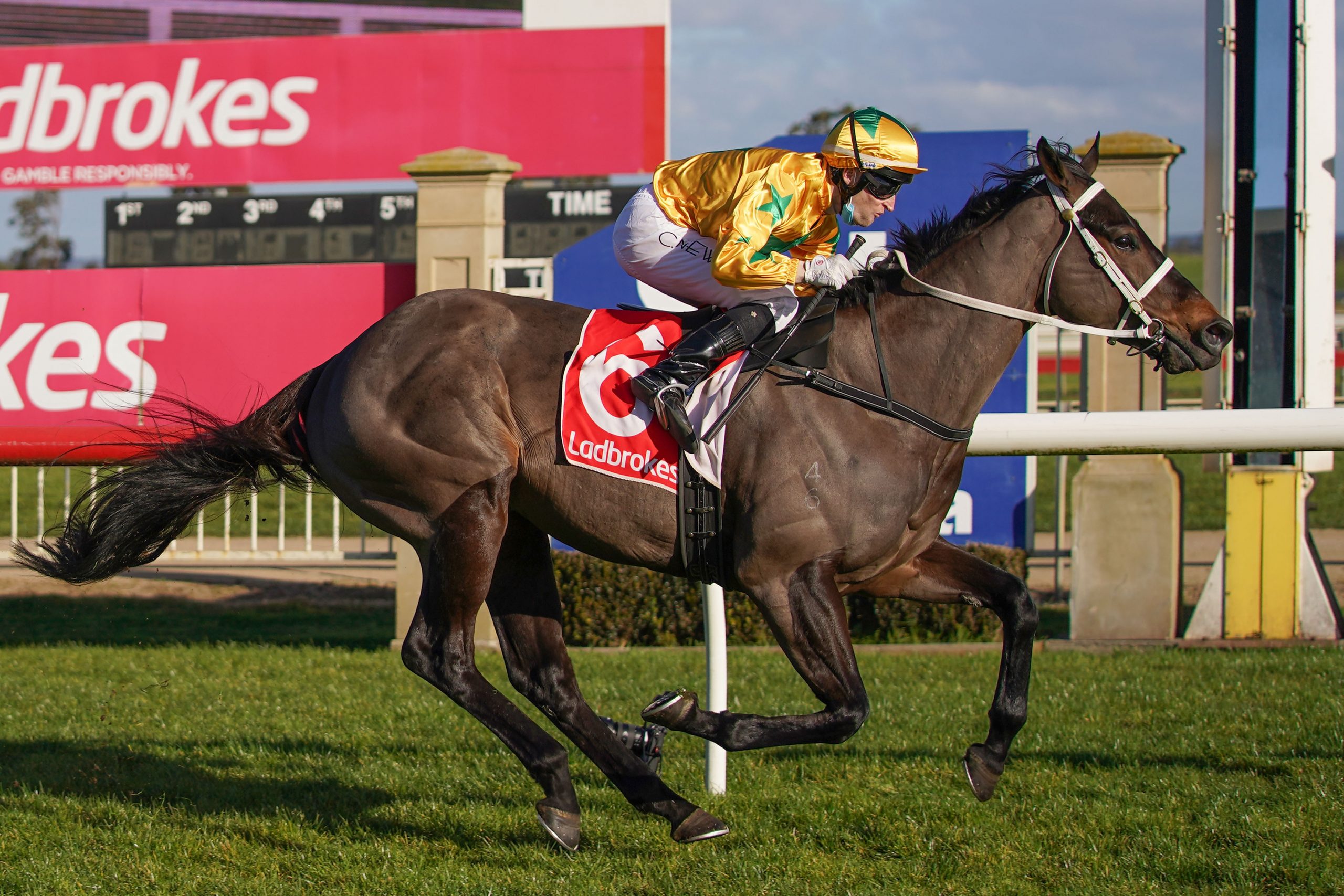 CRANBOURNE trainers Trent Busuttin and Natalie Young had back-to-back winners during Thursday meeting at Greenwattle Racecourse.
The first of their running double came in race seven, the 1429 metre benchmark 64 handicap, where punters inspired by the recent Olympics would have been rewarded if they backed El Guerrouj.
Named after the dual Olympic champion runner, the five-year-old gelding, ridden by Craig Newitt, was allowed to lead without pressure, and was untroubled when he lifted at the top of the straight.
The Busuttin-Young stable then claimed victory in race eight, the 1213m class one handicap.
Exceed and Excel colt Exceed Expect, ridden by Daniel Moor, led all the way, holding off challenge from Citaleon. The three-year-old now has two wins from three starts.
Sale-trained horses were among the placings in race six, the 1746m Rising Stars benchmark 64 handicap.
Royal Volley and Akhurst went away from the field early, but were caught on the turn as the horses fanned out into the home straight.
Florida Dream, trained by Luke Oliver at Cranbourne, and Finnick, trained at Sale by Susie Wells, were vying for victory in the home straight, but Florida Dream, ridden by Mikaela Lawrence, got up by a neck.
Ally’s Reward, trained by Garry Douch at Sale, finished third ahead of Royal Volley.
The Greenwattle Track, rated a “good four”, was in ideal condition for the meeting.
Race one, the 2246m maiden plate, was won by favourite Newzeel Deal, trained by Cindy Alderson at Cranbourne and ridden by Ben Melham. In its 10th start, the four-year-old claimed a maiden victory by a length and a quarter.
The Duke Of Dubai won race two, the 1113m three-year-old maiden plate, on debut. The gelding, trained by Michael Moroney at Flemington and ridden by Jordan Childs, went to the lead out of the gate and set the pace before holding on to win by less than half a length from Growl and Extreme Flight.
Another debutant won race three, the 1113m maiden plate for horses four years and over. Brownie got away in the home straight, but tired, and was pipped in the last stride by Smart Mozzie, trained by Kane Harris at Mornington and ridden by Daniel Stackhouse.
Gate Crash, trained by Patrick Payne at Ballarat, found pace at the right time to win race four, the 1746m maiden plate. Favourite after a third placing on debut, the four-year-old gelding, ridden by Michael Dee, found an opening in the straight, then kicked on to win by two lengths.
The biggest outsider to win came in race five, the 1746m maiden plate, where $46.80 chance Marius saluted.
The five-year-old gelding, trained by Ian Pankhurst and ridden in his 11th start by Michael Dee, was never headed. Fancied runners The Blank Panther and Ima Dozer tried hard, but couldn’t catch Marius, who won by two lengths.
Astronomicelle, trained by Chris Hyland at Cranbourne and ridden by Teo Nugent, ended the meeting with victory in the 1113m benchmark 58 handicap.
The four-year-old mare finished strongly, showing the form which saw her in the first three in three consecutive starts, including a win, earlier this year.
The next meeting at Greenwattle Racecourse will be on Sunday, August 22.