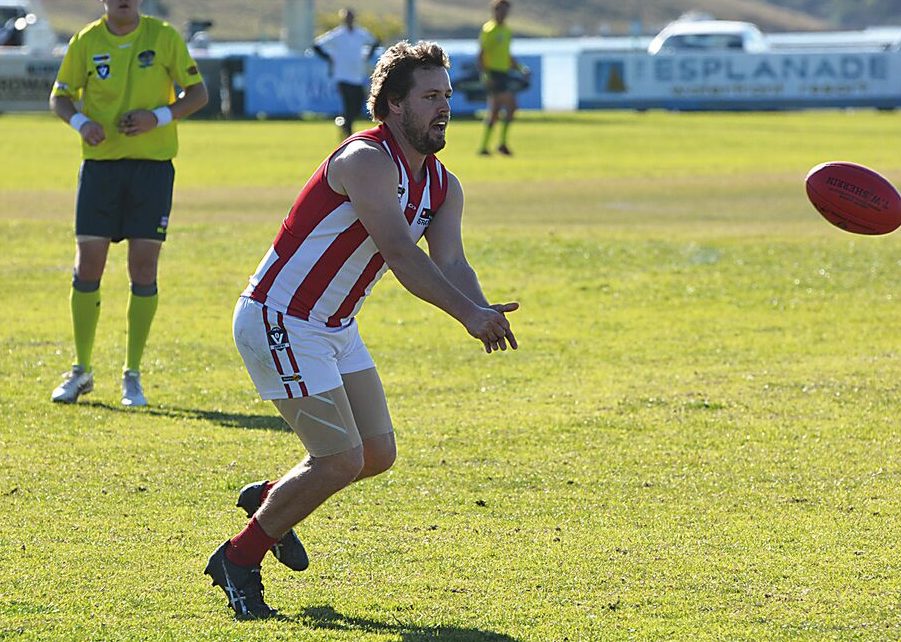 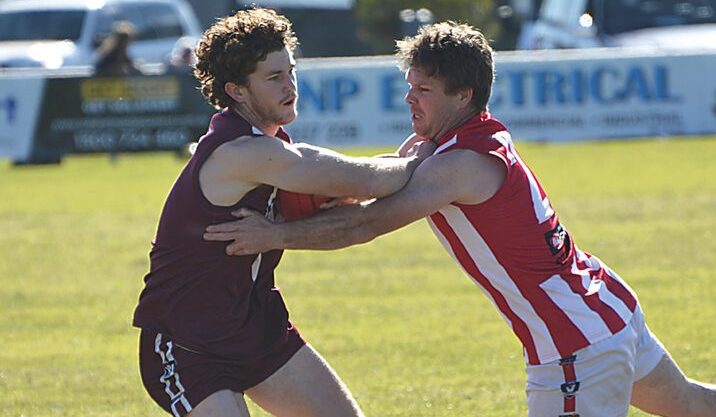 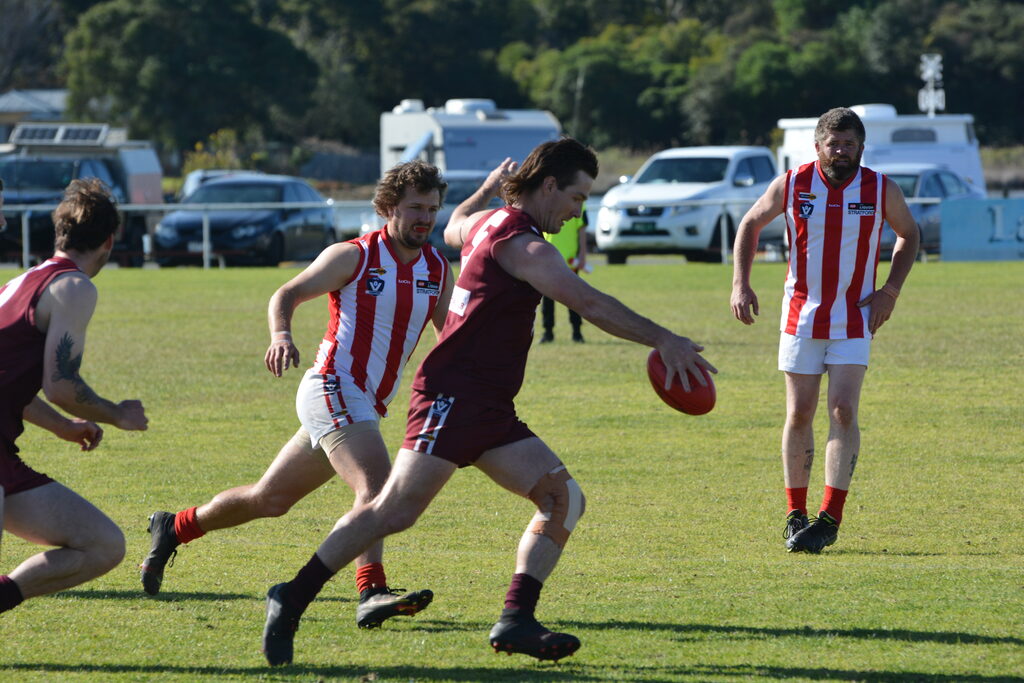 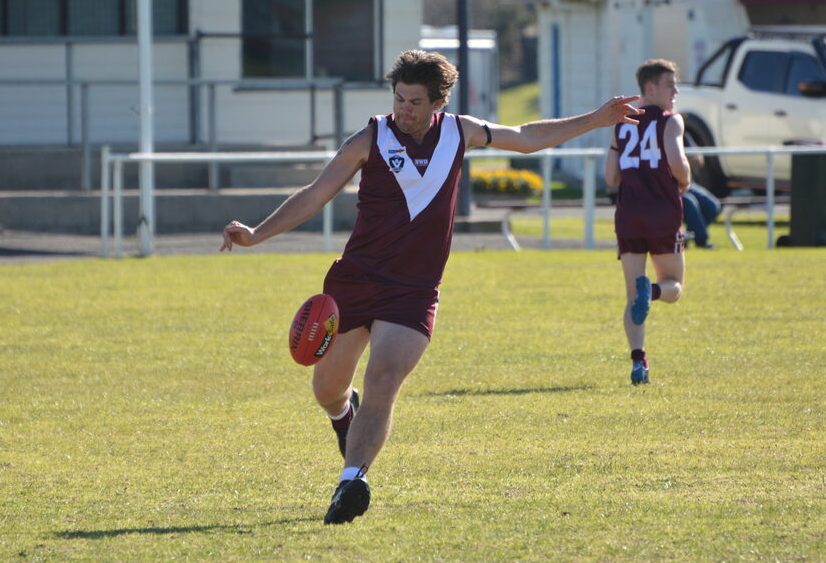 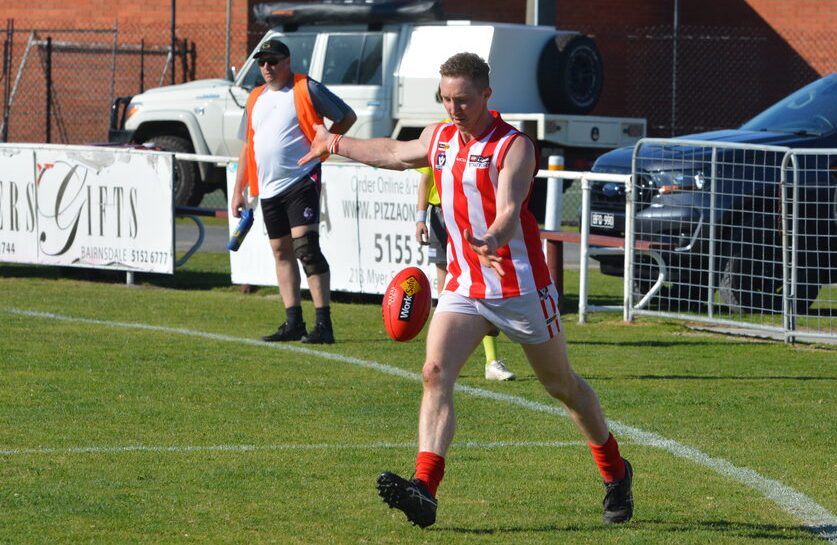 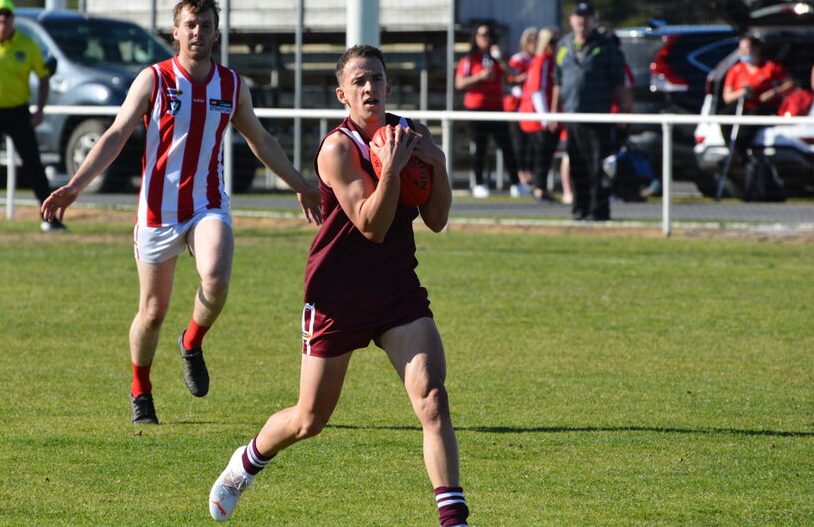 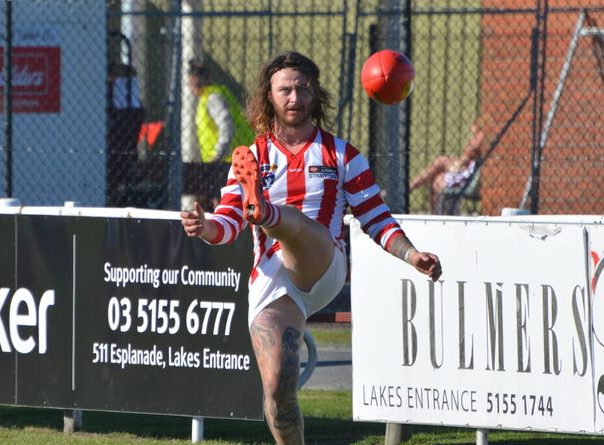 THE race for the East Gippsland football minor premiership will head into the final round.
Three clubs can finish the home-and-away season on top of the ladder, after Stratford missed the chance to secure the position when the season resumed in glorious conditions on Saturday.
The Swans lost to second-placed Lakes Entrance by 68 points, which sees both teams, along with Boisdale-Briagolong, sit on the same amount of points on the ladder.
Like the Bombers were afforded at the weekend, Stratford will gain four points after Paynesville opted to forfeit its final two games of the season because of a lack of players.
Stratford does lead the Seagulls and Bombers on percentage, by 20 and 24 respectively, keeping the Swans in the box seat to claim the minor premiership.
The race to claim second spot, and the double chance during the finals, is even hotter, with Lindenow a win behind the Seagulls and Bombers, and with a better percentage.
Lakes Entrance will go all out to defeat Lucknow this weekend by the biggest margin possible, while the Bombers and Cats battle it out in Boisdale.
Lakes Entrance’s victory over Stratford shows how much a result can change percentage. The Seagulls added seven points to their percentage to displace Boisdale-Briagolong in second place, while the Swans lost 46.
IN Lakes Entrance, both sides showed the signs of not having played since July 10. The Seagulls adjusted to the tempo of competitive football better, winning 20.5 (125) to 8.9 (57), allowing only two Stratford goals in the second half.
Swans kicked the opening goal when Rodney O’Keefe received a 50 metre penalty for being bumped following a mark.
A floating Thomas Smith kick was marked by Liam Carroll, whose goal for Lakes reduced the deficit to a point in the 10th minute of the first term.
With scores level, Gavin Bickery’s kick found Haydn Erfurth to boot the Swans back into the lead approaching time-on.
The Seagulls responded soon after when Jarred McDonnell kicked a goal.
A goal from a Bickery snap gave the Swans a six-point advantage at the first break.
The Swans looked good after O’Keefe kicked a goal in the opening minutes of the second quarter, but in a sign of things to come, Jordan Cullen kicked a goal for the home side following a 50m penalty created by ill-discipline.
Jordan Robertson extended the Swans’ lead to 13 points, only for the margin to be reduced to one after back-to-back Lakes Entrance goals, one of which came from another 50m penalty.
The Seagulls were getting first use of the ball in the centre, putting the Stratford defence under pressure.
James Gibbs kicked two goals within three minutes, with Lakes now leading by 11 points. The Swans’ cause was not helped when the umpire showed Brad White a yellow, meaning the visitors were a man down for 15 minutes.
Ben Channing kicked a goal to settle the Swans early in time-on, but a turnover led to another Seagulls goal. The home side kicked another major to take a 16-point advantage into the main break.
The Seagulls extended their lead with a four-goal to two third team, with the margin 25 points at three-quarter-time.
The hosts ran the match out in the fourth quarter, kicking seven unanswered goals.
The Seagulls out-played the Swans, led by Sam Nickless, Carroll and Piper, who, along with Alex Saunders, kicked four goals.
O’Keefe kicked three goals for the Swans, with Jarryd Clohesy, Regan Tait and Bickery their best players.
The Swans will have a lot to work on a head of the finals, but, because of Paynesville’s forfeit, have the misfortune of not having a competitive hit-out a second semi-final.
The issues at Paynesville with player numbers came to a head with its decision to forfeit the rest of the football season. The Gulls hadn’t played thirds this season, while their reserves had already forfeited four matches before last week’s decision.
The decision to forfeit the rest of the season doesn’t affect their netballers, who will continue playing in the four grades they started the season in.
LINDENOW defeated Orbost-Snowy Rovers by 97 points at home.
Leading by 21 points at half-time, the Cats kicked 16 goals to four in the second half to win 23.16 (154) to 8.9 (57).
Justin Gould and Kevin Bongers stood-out for the winners, while Ben Jones kicked seven goals and Luke Dyer four.
LUCKNOW moved into fifth place on the ladder with a six-point come from behind win in Wy Yung.
Trailing by 18 points at three-quarter-time after being behind at each break, the Magpies kicked five goals to one in the final term to win 10.9 (69) to 9.9 (63).
Joel McNamara was best-on-ground for the Magpies, while Kane Thomson kicked four goals.