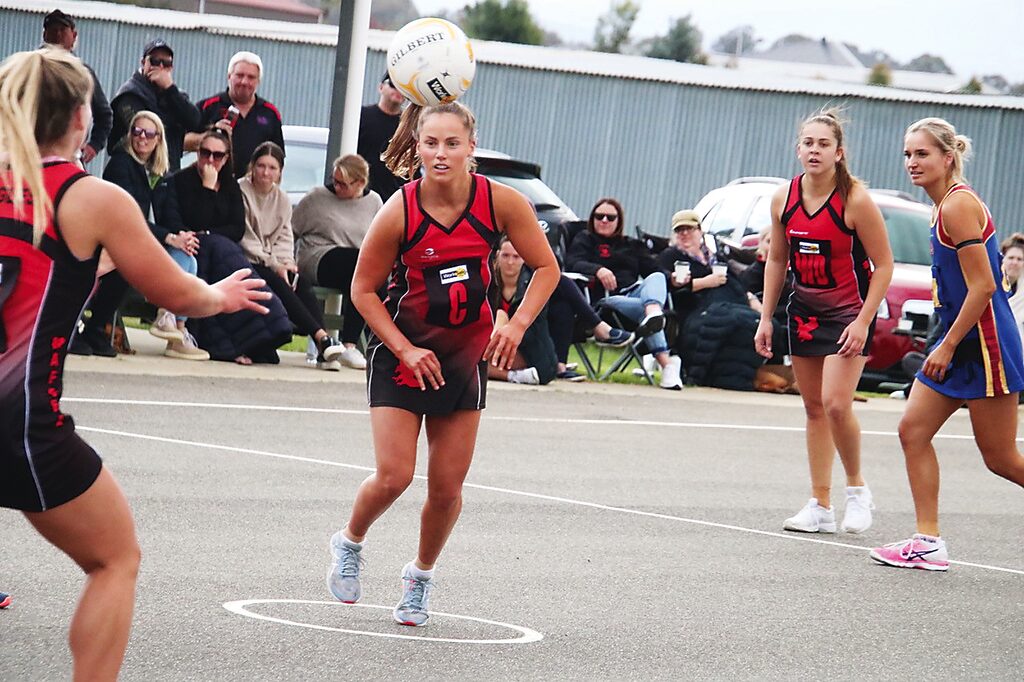 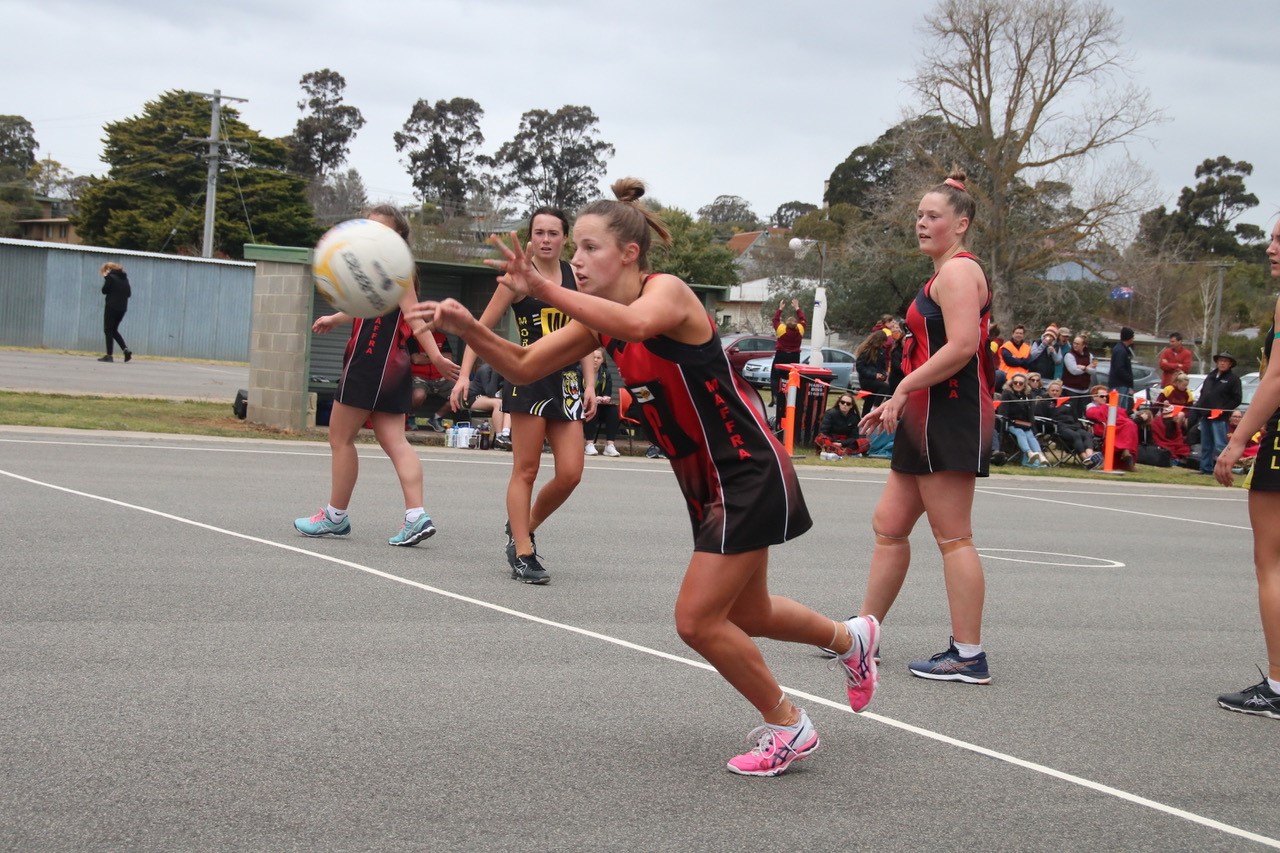 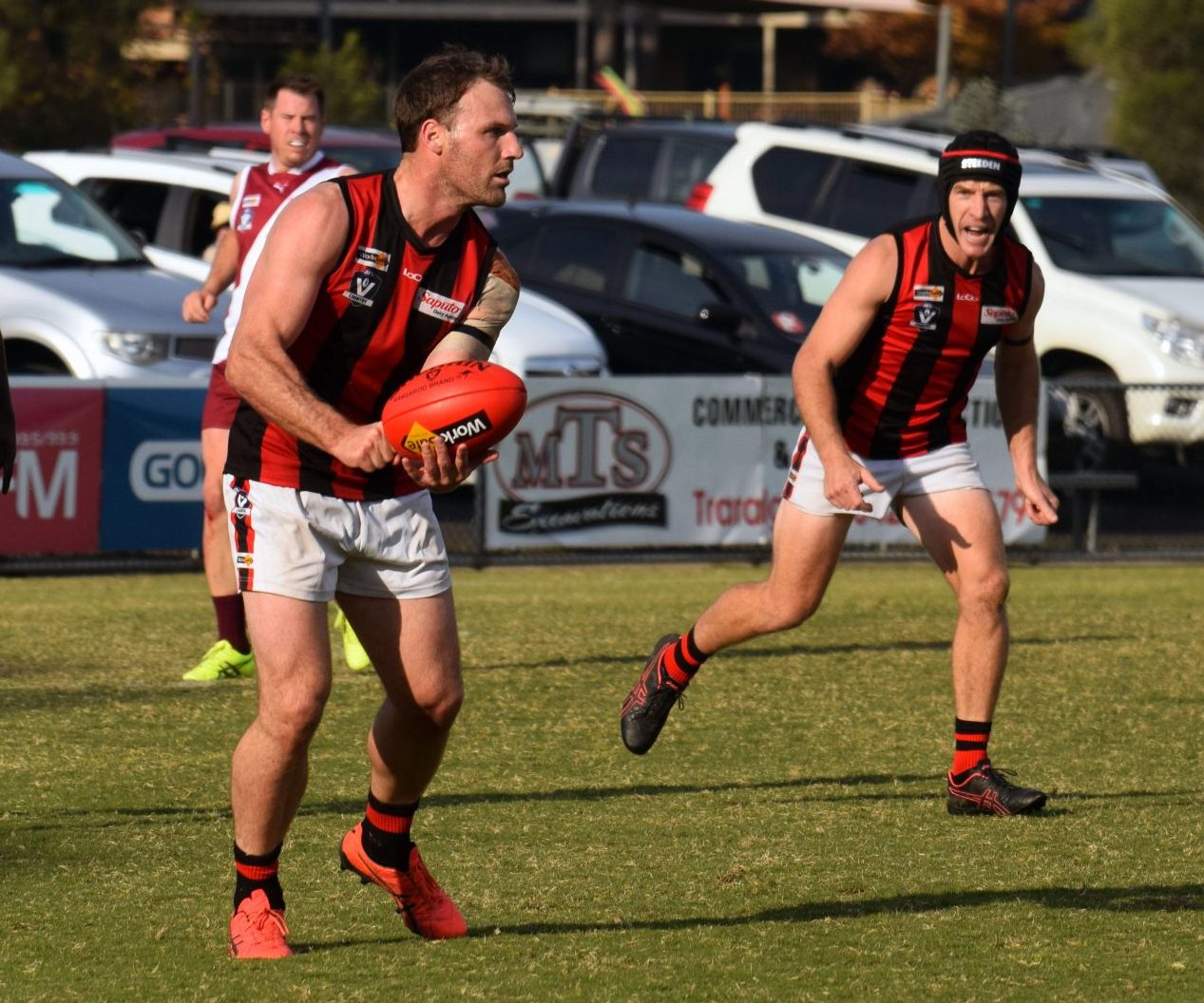 Maffra Football-Netball Club senior footballer Ed Carr and A Grade netballer Emma Allman took out the best-and-fairest for their respective teams, during the club’s 2021 vote count last Thursday.
While the season was cut short because of COVID lockdowns, the club took the opportunity to celebrate the season it could have in a vote count livestreamed via Facebook.
Carr won the senior football best-and-fairest with 30 votes, a pinch ahead of Danny Butcher who polled 29.
The best-and-fairest capped off a strong season for Carr, who has been a dominant part of the Eagles’ midfield for multiple seasons.
Carr was named in the Gippsland League Team Of The Year in 2018 and 2019, with the Eagles playing in a grand final in both those seasons and winning a premiership in 2019.
Butcher very nearly won the award for a third time, in the last season his father Wayne coached the Eagles’ senior team.
The senior Butcher finished with a record few, if any, in Gippsland football could beat, winning five premierships from eight grand finals.

Allman won the club’s A Grade netball best-and-fairest, scooping an impressive 37 votes.
During a challenging season, the Victorian Netball League star was a shining light for the Eagles, breaking through for her first A Grade best-and-fairest at the club, after three best-and-fairests during her junior years.
Allman also made the Gippsland League’s Team Of The Year, and was popular enough among the league’s supporters to take out a spot on the fan voted Team Of The Year as well.
Allman said she was “absolutely speechless” upon being crowned the club’s best-and-fairest.
“It was a disappointingly short season, but I’m honoured anyway to win something I’ve aimed for since I started playing juniors with the club,” she said.
In previous years, Allman has been part of an elite group of five juniors who notched up five premierships during their progression through the junior years.
In 2018, Allman was selected for Boroondara under 19s team in the Victorian Netball League.
She was voted the side’s most valuable player in 2019, and was selected in the league’s under 19 team of the year.
In more recent years, Allman has been signed to the Hawks Netball Club for her state level duties.
Jasmine Schellen, who arrived at the club last year from Heyfield, received the runner-up at Maffra for her strong season with 21 votes.
Max Gravener took home the reserves’ best-and-fairest with 34 votes, ahead of Ben Batalha who finished one vote behind on 33.
Batalha almost made it a double after claiming the Rex Hartley Medal for the Gippsland League reserves’ best-and-fairest a few weeks ago.
The reserves, like the seniors, were reigning premier, and would have been disappointed given the shorter season.
The Eagles’ finished second on the ladder with the same win-loss record as top side Traralgon.
The B Grade netball best-and-fairest continued the success the Allman name enjoys at Maffra, with Emma’s sister Natalie Allman taking out the award with 23 votes, ahead of Zara Flynn.
The club’s C Grade team remained unaffected by the COVID lockdowns, finishing first on the ladder for the third year in a row.
Brooke Anderson’s Maffra best-and-fairest award will keep her 2021 Gippsland League best-and-fairest award company in the trophy cabinet, with Megan Madden was named as the runner-up.
Maffra’s junior best-and-fairest winners were also recently announced.
Seb Pendergast took out the award in thirds football, winning from Ethan Aurisch, while Noah Christy won the fourths title, with Zach Felsbourg the runner-up.
Jasmyn Hennig was voted best-and-fairest in the 17 and under side, ahead of Gippsland League’s under 17 best-and-fairest winner, Chelsea Allman.
Winning the award in the 15 and under age group was Matilda Pendergast — again, a Gippsland League best-and-fairest — from Taylin Dimarco.
Tanna Boyle won the 13 and under best-and-fairest, with Krystal Craft the runner-up.