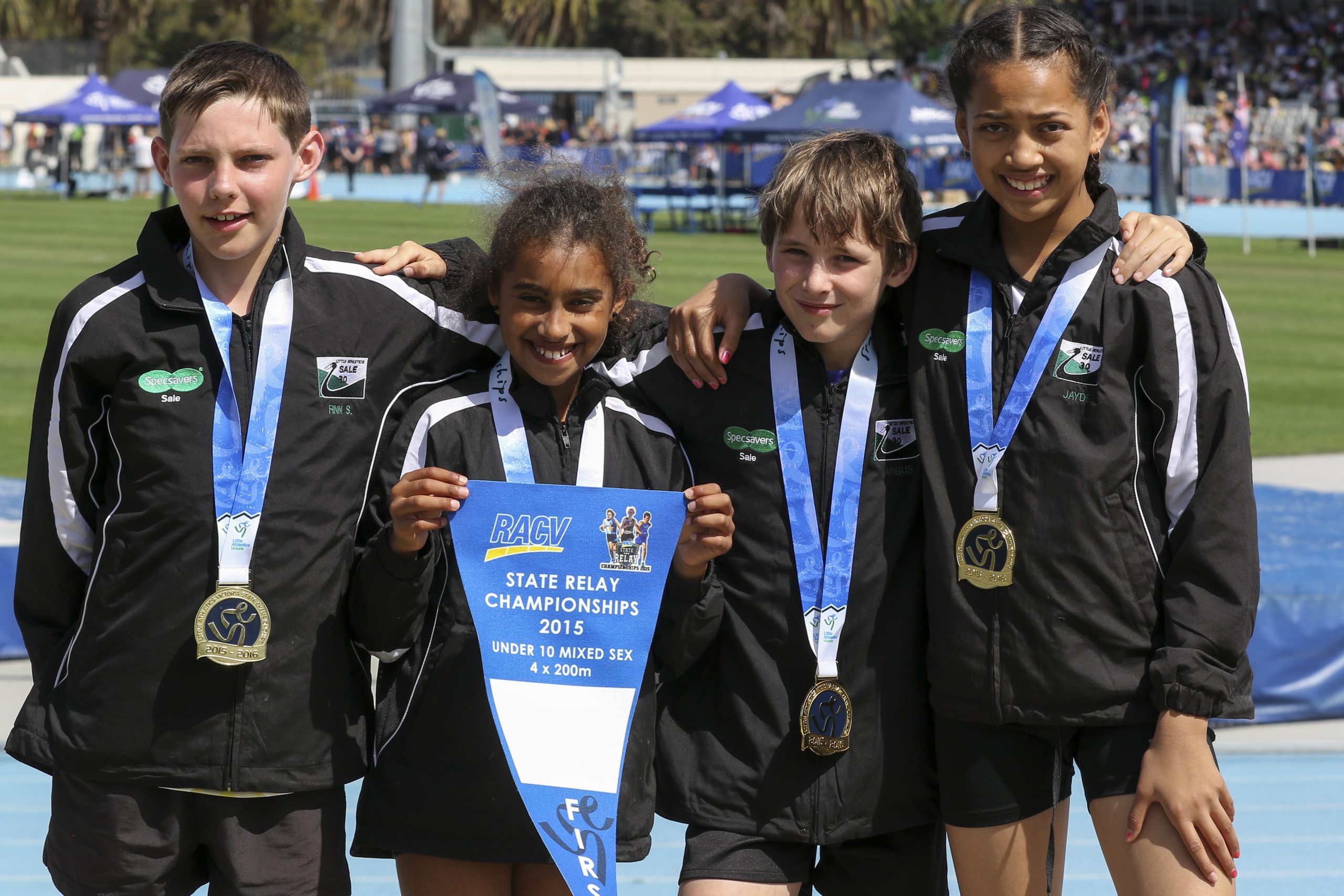 FOR the first time in 15 years, the Sale Little Athletics Centre won medals at the state relay championships.

The team of Hannah Abdalla, Finn Staple, Jayde Parsons and Angus Wales won gold in the under 10 mixed 4×200 metre relay.

The team had broken the Gippsland 4x200m relay record, qualifying fastest for this event in the state finals. It followed this up with a convincing win, taking a four seconds off their previous record.

The same team also won a bronze medal in the 4x100m relay in another personal best time.

Sale sent six teams to the event in Melbourne after qualifying through the Gippsland championships in November.