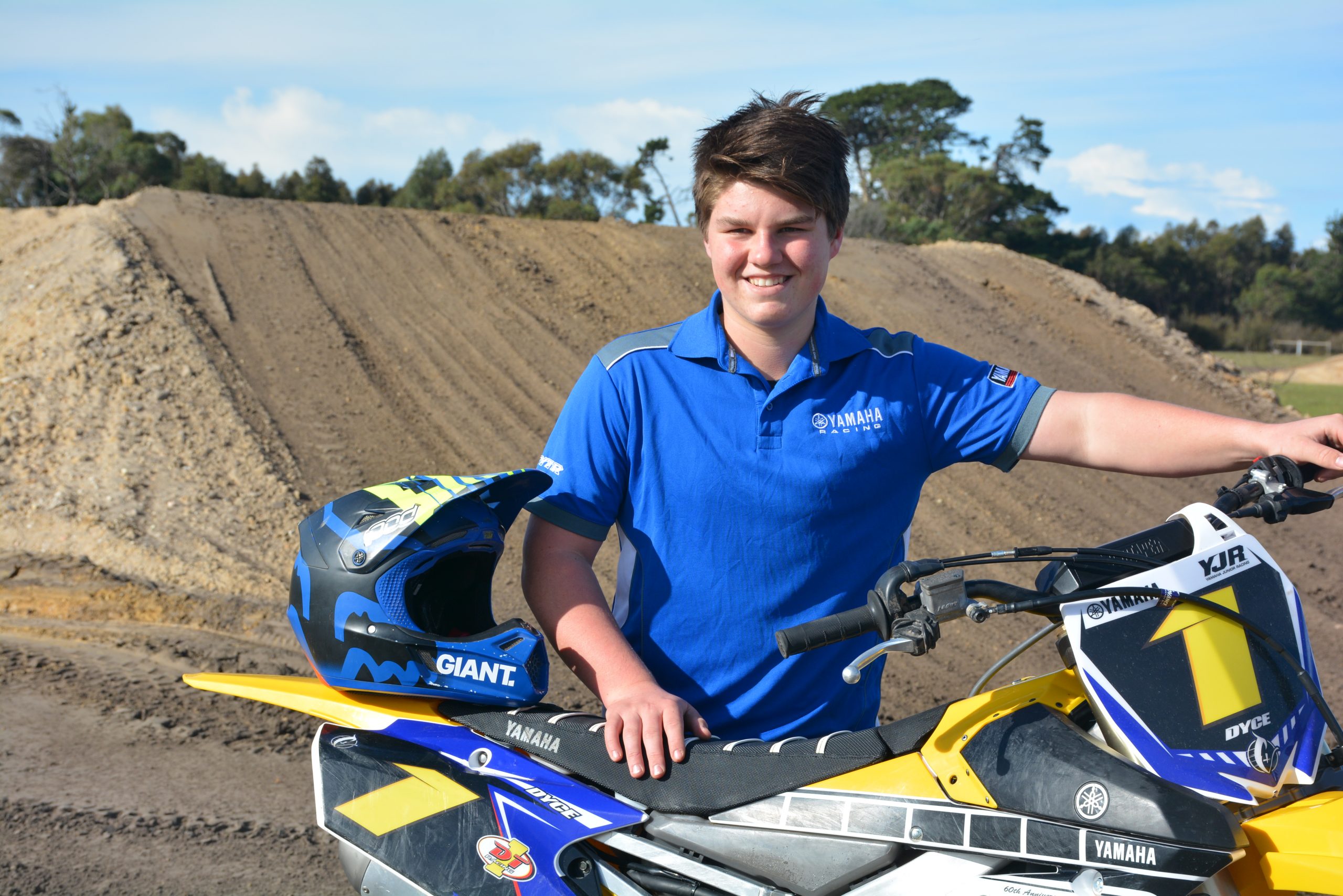 TINAMBA’S Cody Dyce will compete in the FIM Junior Motocross World Championships, held at Orlyonok, on the Black Sea in Russia in August.

Months of training have paid off for the 16-year-old Yamaha rider, who has been competing well at the state and national level.

His proud parents entered him into the team, and he was chosen from dozens of applicants, along with Caleb Grothues from Perth, to compete in the event at Orlyonok.

Dyce will compete in the 125cc class.

“I’ve been working towards going overseas and getting further in my motocross,” he said.

“The community around me has helped a lot.”

His dad, Col, said it was surreal that Cody had been chosen.

“This is a once in a lifetime thing,” he said.

“Yamaha, the major sponsors, they’ve been very supportive. It’s been unbelievable just to have that brand, that group of people behind you at all the competitions around the country.

“Yamaha will supply a bike over there, and the team manager, Glen McDonald, is trying to organise a support truck, so we’ve got a base to work out during the competition.”

Cody will be racing against the best young riders in the world, estimated there could be  100 riders competing for 40 positions in the final.

“You’re going to have to be on your A game just to be competitive,” his dad said.

“You go over there and you do your best against the rest of the countries in the world.”

The track in Orlyonok, at a youth camp in south-western Russia, will be a challenging 1850 metres, with elevation changes of 40m.

The race will be twice as long as what Cody has been racing, lasting for 30 minutes plus one lap.

Col said the support from the community had been overwhelming, and was hoping to set up some fundraisers to help Cody get overseas.

“We’re just common people from the country, and Cody’s been given the opportunity, and he’s prepared to step up to the plate,” he said.