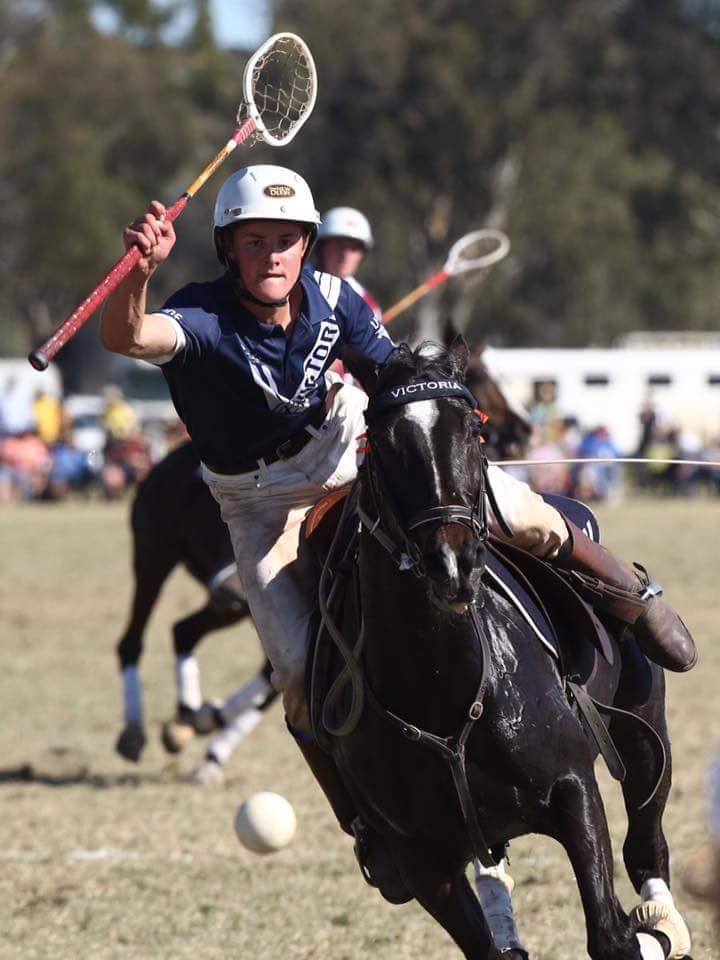 The 19-year-old said the standard of polocrosse in South Africa, whose open team is the reigning world champion, was high.

“Their game is built around racquet skills, and they have great hand and eye co-ordination,” he said.

“We got caught out in the first test, which South Africa won 28-15. Our coach Greg Davidge, who has played international matches for Australia, got our team together and worked out a plan which worked as we won the last two tests 29-17 and 30-22.”

Jolly was the only Victorian in the Australian team, with other members coming from New South Wales and Queensland. The males played in one chukka, or period, with the females playing in the other.

The players were provided with a pool of 16 horses, two for each player. Jolly said he was happy with his horses.

Jolly played at number one in the first test and number two in the remaining matches.

Jolly’s parents Phil and Di travelled to South Africa for the series, with Phil catching up with the opponents he played in during a previous tour there in 1993. Jolly was playing against Stefan Harris, whose father Henry played against Phil 23 years ago.

Jolly gave a lot of credit for his national selection to state coach Steve Boulton, who he plays with in the Sale team.

“Steve is a great coach and has given me outstanding support,” Jolly said.

Boulton said Jolly was one of the best young players he had coached, and put in the work to keep improving.

Jolly is back in training for football with Maffra under the coaching of Wayne Butcher, and was looking forward to playing in the Gippsland League finals.