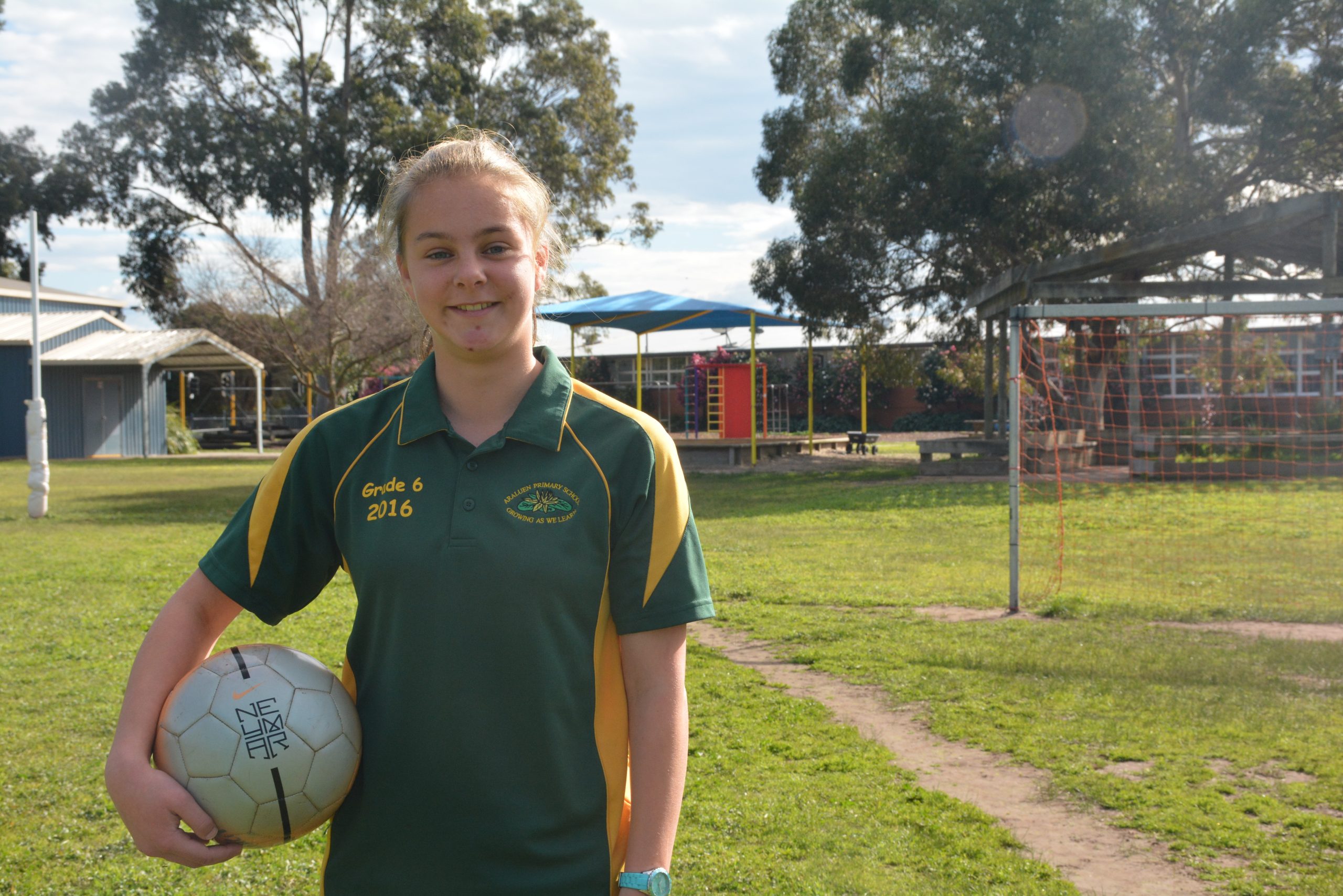 ARALUEN Primary School student Hollie Ryan has been selected to play for the Victorian schools 12 years and under girls’ soccer team.

The grade six student will play in the School Sport Australia Football Championships in Perth next week.

Hollie participated in a selection process which began in March to make the state team of 14 students from all over Victoria.

She has been training in Melbourne since her selection, and said being chosen for the Victorian team is her opportunity to go further in the sport she would like to make her career.

“It’s great to be chosen from the country and get to train with girls who already play in the NPL (National Premier Leagues),” Hollie said.

“Playing in this team will also mean that I will meet new people, see new places and most importantly get better at soccer.

“Playing in Perth will be a proud moment for me.”

To support Hollie’s trip to Perth, the Araluen student representative council held a “Kicking Goals for Hollie” coin line fundraiser, raising $240, and complementing a donation of $500 made by the school council.

Having only picked up a soccer ball six years ago, Hollie plays locally in the Sale United team, but has also represented the Latrobe Valley association at the junior state championships in Bendigo.

As captain of the Araluen Primary School senior team, Hollie recently led the school team to a commendable second placing at the Gippsland schools championships.