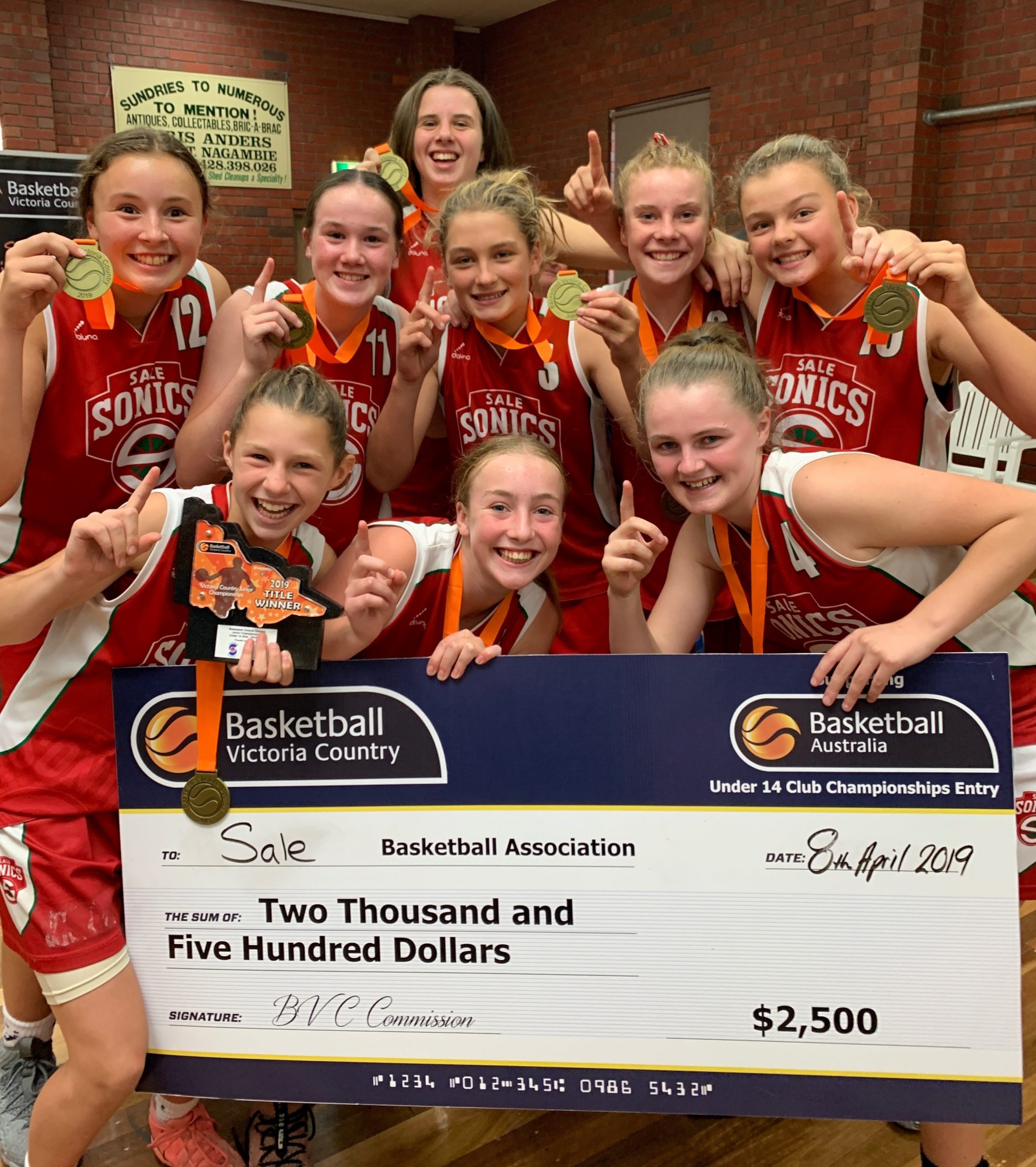 THE Sale Sonics under 14 girls’ team has taken out the coveted country Victoria division one basketball championship.

The Sonics defeated powerhouse teams like Geelong, Ballarat and Bendigo.

The girls claimed back-to-back titles after making it through nine games in three days undefeated, and will represent Victoria at the national championships in September.

The Sonics’ closest game was the grand final, when Sale defeated Traralgon by 14 points. The Sonics’ average winning margin for the weekend was 45 points.

Coach Jo Crawford-Wynd said it was a huge achievement to win the division one title.

Before this year, only one boys’ team and one girls’ team each from Sale and Maffra had ever claimed the under 14 division one title in the event’s 50-year history.

“We’re lucky to have a talented group of girls in this age group, but more importantly they work hard and they train hard,” Crawford-Wynd said.

“The girls train twice a week as a team then travel to Melbourne every Friday night to compete against Melbourne’s best in the strongest junior competition in Australia, the Victorian Junior Basketball League.

“I’m lucky as a coach to have natural talent to work with and to have the support of such an experienced assistant coach in Ron Crawford, but what stands out amongst this group is their determination and their desire to win.

“I’m so proud of these girls, each one brings their own strength to our team.

“They have skills and qualities that complement each other and most importantly they are really great group of girls who support each other and will be lifelong friends.”

Making the effort more remarkable, the Sonics had to play a VJBL match in Melbourne on Friday night before heading to Shepparton for the championships.

The Sonics defeated Bellarine 77-20 in that match to remain undefeated after six games.

As country Victoria champions, the girls will represent the state at the national championships in September.

They have also qualified to play at the National Classics in June.

The girls were awarded $3500 as their winning prize to help with accommodation and travel costs.

The Sale under 14 boys also did well at the weekend. Despite a couple of close losses, the boys earned a ranking of 14th.

The Maffra under 14 boys finished the weekend ranked seventh, while the girls finished 27th.