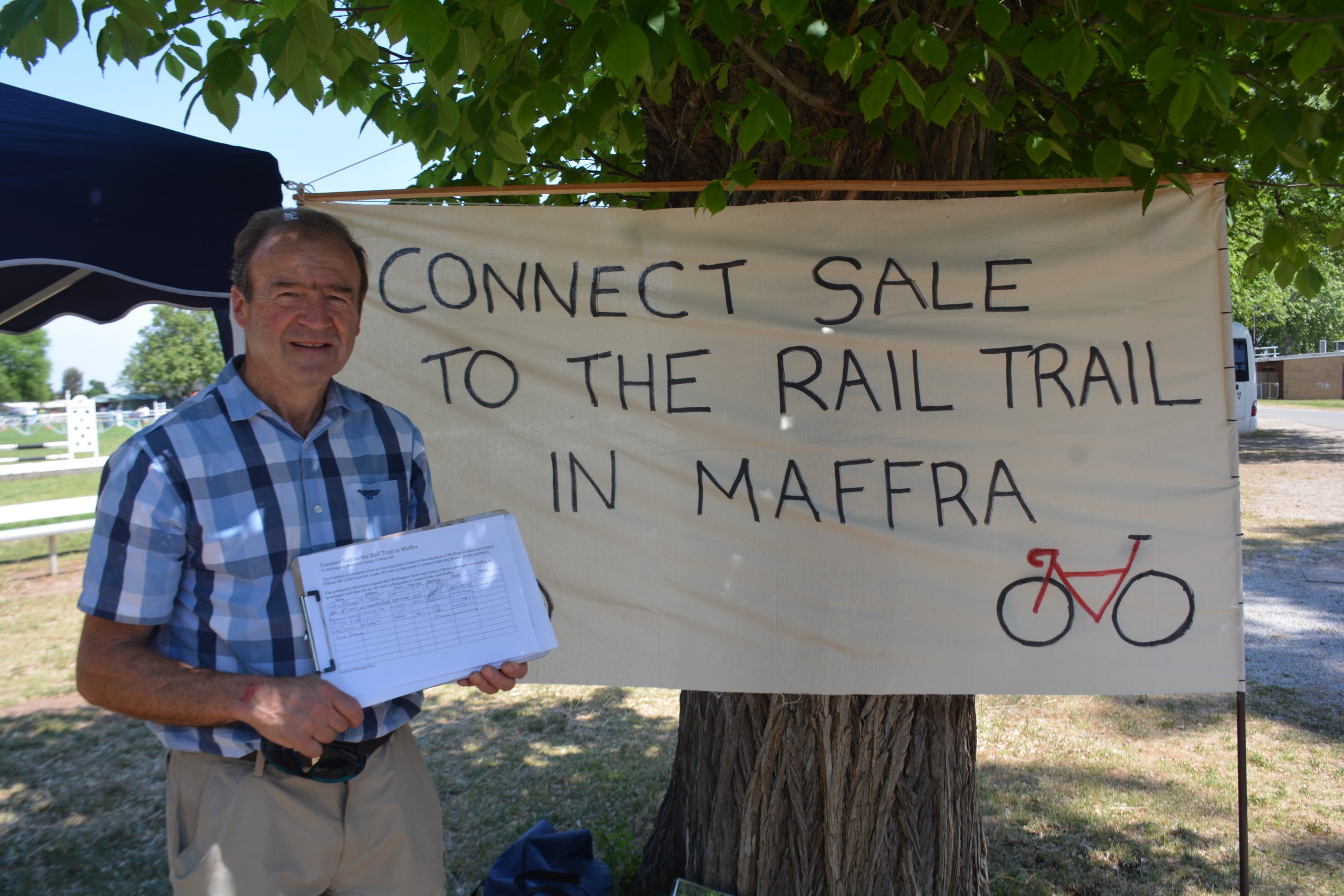 FULL support must be given to Mr Norbert Fuessel in bringing the long waited Sale-Maffra Rd off-road bike path to fruition.

While attending a tourism conference in 2001 in Sydney the subject came about the building of an off-road cycle coastal path from the Queensland border to the Victoria border.

I explained that if linking the Gippsland Rail Trails and tracts into this path, you would have a Sydney to Melbourne off road bike path.

On returning home to Maffra, I explained the proposed off road bike path at a Wellington Shire community meeting and not long after I teamed up with Wellington Shire tourism officer Frank Norden, in connecting Sale and the Great Southern Rail Trails at Yarram with the Gippsland Plains Rail Trail at Maffra.

We found that the Sale-Maffra Rd was a listed bike path ‘The Howitt Bicycle Trail’ in honour of Alfred William Howitt (1830-1908), a distinguished explorer, scientist and magistrate who travelled the Sale, Maffra, Bairnsdale and Omeo courts on his bicycle – more than 10,000km a year.

This was followed up by then Gippsland Province MLC Peter Hall, who took a great interest as he was working in the development of the Gippsland Plains Rail Trail, and suggested I take the proposed interstate bike path to then Gippsland MHR Peter McGauran.

At the 2003 Australian/Bicycle Victoria – Rail Trail conference, I raised the proposed interstate off road bike route.

In 2004 Peter McGauran invited the federal Tourism Minister, Joe Hockey and his chief of staff to Maffra to inspect the East Gippsland Rail Trail (Bairnsdale to Orbost) and the Gippsland Plains Rail Trail (Traralgon to Stratford).

I used a 1930 Victorian railway map to highlight Gippsland Rail Trails and the links needed.

By linking the East Gippsland and Gippsland Plains Rail Trails into the Latrobe Valley bike paths and the Warragul-Drouin bike path onto the service tracks below the SEC high voltage powerlines, we would have a Sydney-Melbourne off road bike path.

In recent times the East Link Shared Path has been built below the high voltage power lines which the proposed Gippsland off road bike path could connect into, leading onto the metro bike paths.

Route two, I explained, could go from the Stratford-Maffra section of the Gippsland Plains Rail Trail onto the Maffra-Sale road bike path to Sale onto Yarram to the Great Southern Rail Trails.

Since then there have been numerous meetings involving various ministers and bodies.

In August this year I was contacted by state government representatives where they were looking at all the options in linking Gippsland rails and off road bike paths in forming a Sydney-Melbourne off road bike path.

On September 13, 2018, I was contacted by the office of shadow minister for tourism Heidi Victoria as they had completed a study into an Adelaide to Melbourne bike path with the South Australia government which would like to connect into my proposed Melbourne-Sydney bike path via Gippsland.

If all the linking was created, the Maffra junction would be linking five states – Queensland, New South Wales Victoria, South Australia and Tasmania via the Spirit of Tasmania together.

On September 17, 2019, Destination Gippsland released its management plan 2019 -2030 suggesting that the Gippsland Tracks and Trails Feasibility Study currently under preparation will provide a set of prioritised trail linkages that go to help developing the trail.

While cycle paths are largely the responsibility of state and territory governments, Mr Darren Chester has followed on from Mr McGauran when he gained office, and early this year made representation on my behalf to the Federal Infrastructure, Transport and Regional Development Minister Michael McCormack, and the state Regional Development Minister, Jaclyn Symes, in completing an off-road Melbourne-Sydney bike path.

With the growing use of e-bikes and cycle tourism, off road bike paths are being built across Europe.

Just recently the United States announced a 4000 mile bike path from one coast to another, which I feel our Australian off-road bike path would match or better.

It is heartbreaking, as it all began in Maffra almost 20 years ago, and where other states have advanced in linking their off-road interstate bike paths, Victoria is still working towards it.