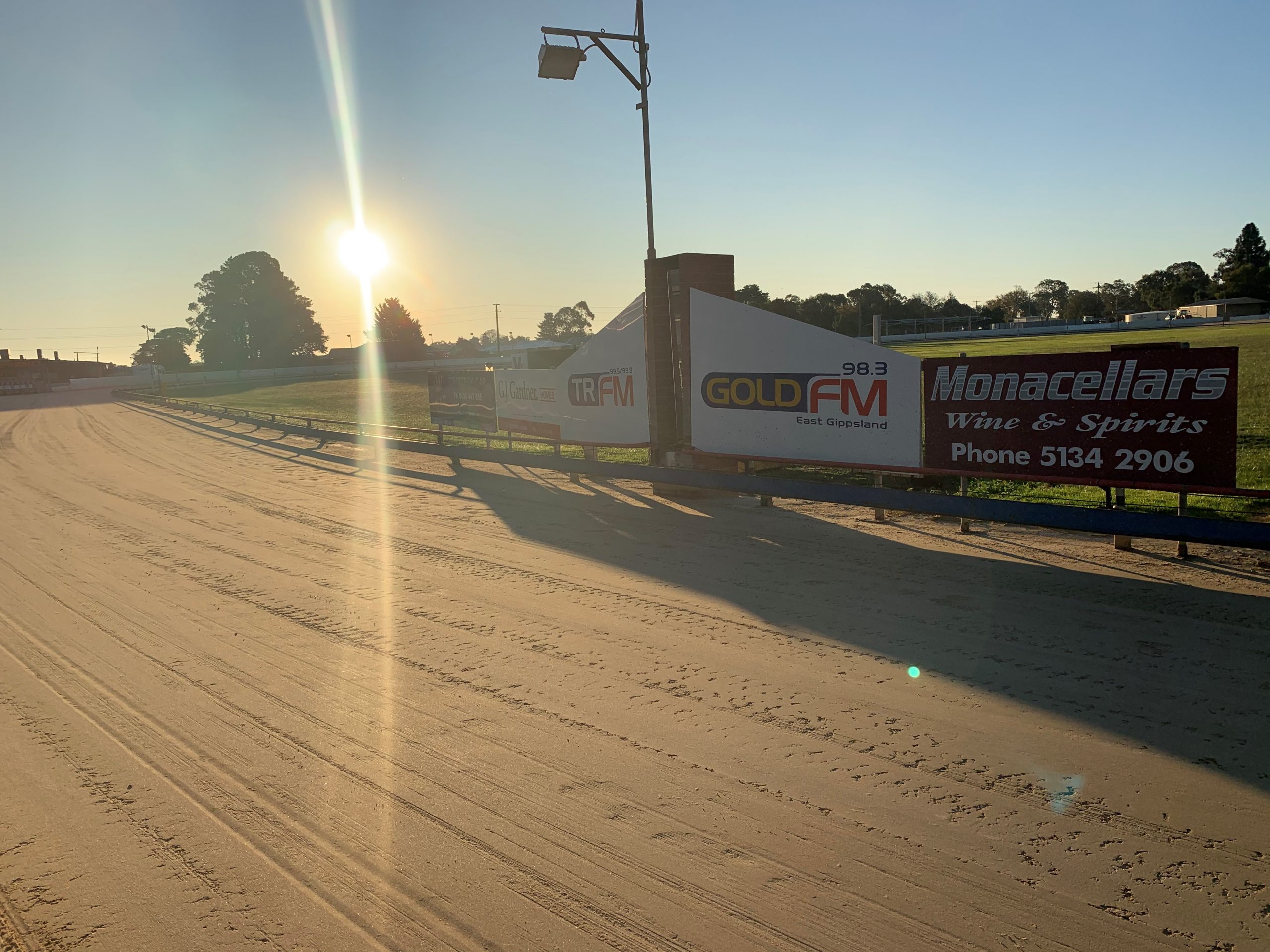 Inuka won race seven, a 440 metre mixed grade four and five, by a neck from a fast-finishing Airly Pablo, trained by Lesley Russell at Sale.

In race eight, a 520m mixed grade four and five, McMahon’s Sweet Demi raced out of the box and never looked beaten, winning in 29.28 seconds, five lengths clear of Got The Torque, trained by Robert Bean at Tinamba. She Wiggles finished third for Dawn Johnston at Boisdale.

The feature race of the night, the 440m mixed grade six and seven final, was won by Rostered Off, trained by Gerard O’Keeffe at Nerrim Junction.

Stopping the clock at 24.92s, Rostered Off claimed the $1900 winner’s cheque, three and a half lengths ahead of Dr Lynch, trained by Bill McMahon.

In third place was California Blond, trained at Heyfield by Susan Northway.

Go Gem, trained by Russell, won race three, a 440m grade seven, after coming into the event as a reserve. Starting $23.50 at the tote, Go Gem veered wide entering the home straight, but recovered to win by a length from Diamond Lady, trained by Northway.

Marshall’s King, trained by Des Douch at Maffra, advanced to next Sunday’s final of the 440m grade five series after winning the first heat.

The fastest heat winner came in the second with Fortuna Bale, trained by Mark Delbridge at Balliang, stopping the clock at 24.7s and winning by six lengths. Stormcast, trained by Wendy Fasoli at Heyfield, advanced to the final after finishing second, while Suspense Rules finished third for Yarram trainer Brian Alford and will be a reserve.

Dream Wizard won the final heat for Sean Lithgow at Devon Meadows, while the time of Baileys On Ice, trained by Johnston, in finishing third was fast enough to book him a spot in the final.

Race 10, a 440m grade six, was won by Nifty Nelly, trained by Billy Stockdale at Hastings, with Prize Diamond third for Northway.

In the race two 440m maiden, Coalville King, trained at Moe South by Dennis Pulis, recovered from a slow start to win by five lengths.