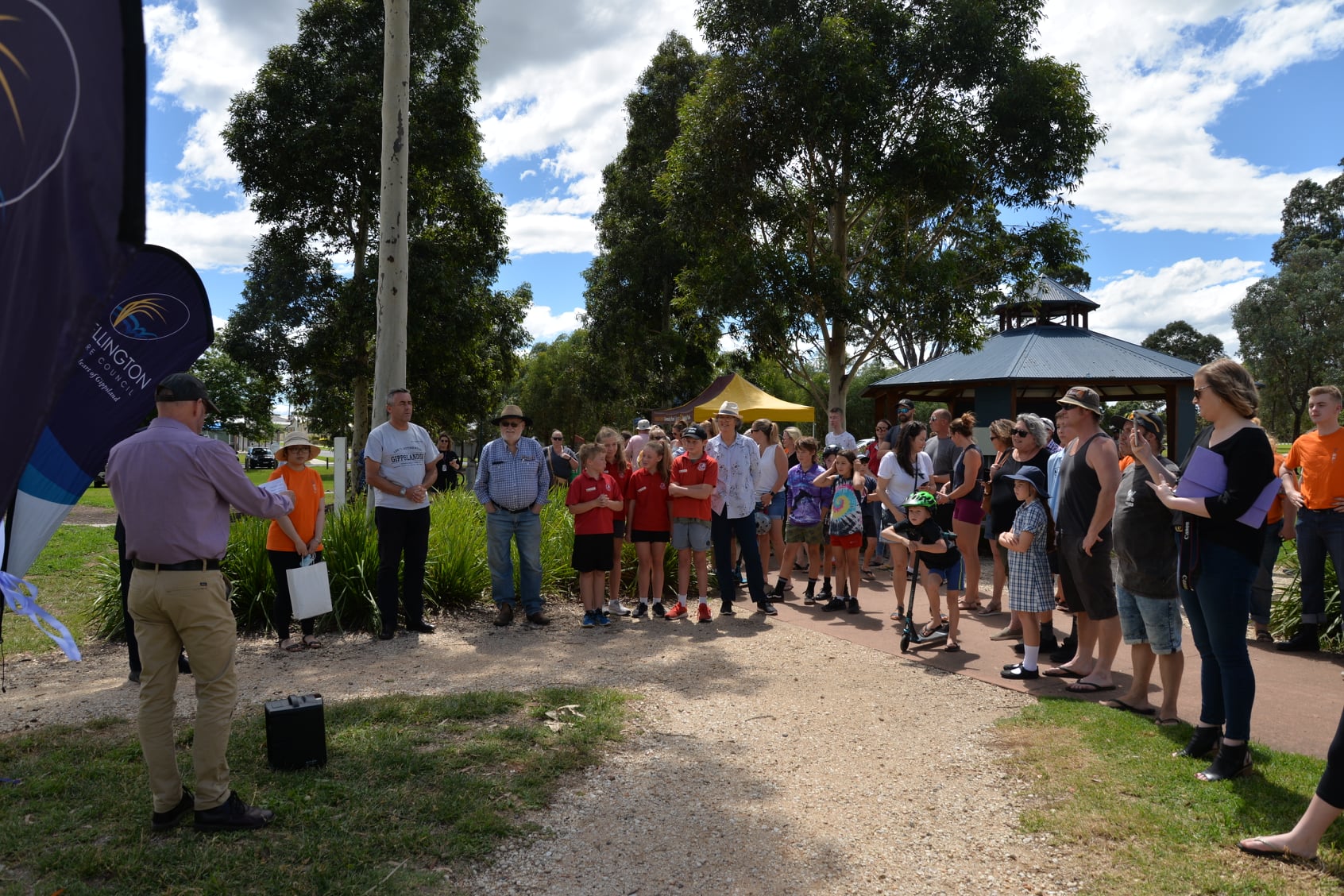 THE new youth play precinct in Heyfield was officially opened on Saturday, much to the delight of the local community.

The $250,000 project was built in two stages, which included the redevelopment and refurbishment of the existing skate park followed by the building of a new pump track.

Wellington Shire mayor Garry Stephens said the Heyfield Youth Play Precinct was a great example of the community working together with the council, along with council’s strong relationships with the federal government to assist in funding the project.

“This project was community led, with the leaders in Heyfield coming together and approaching council to clearly articulate what they wanted to see in their town for their young citizens,” he said.

“The Heyfield community told us the existing skate park didn’t meet the needs of younger children or those learning how to skate, so they wanted to expand the facilities to accommodate more skill levels to achieve greater involvement and use.”

Cr Stephens said stage two of the project was the development of the pump track.

“Council led intensive community engagement during this process, inviting locals to take a look at different designs for the pump track and vote for their favourite layout,” he said.

The results of that community vote are what you see here today.”

Cr Stephens said the completed facility had already become a local attraction, with families coming from other towns to test it out.

“We’ve had families travel from all over Gippsland to try out this pump track and skate park, which is fantastic for the Heyfield community,” he said.

“We do hope that people continue to visit Heyfield for this purpose, and while they are here spend some money locally and provide a boost for the local economy.”

Gippsland MHR Darren Chester said the pump track was the first of its kind in Wellington Shire and catered to a range of wheeled sports including scooters, skateboards and bikes.

“We need to continue to improve the livability and attractiveness of our towns and smaller communities for both residents and visitors – and that’s what recreation areas like this can achieve,” he said.

Funding for the pump track came as part of a $1.1 million investment in Wellington Shire as part of the federal government’s Drought Communities Program.